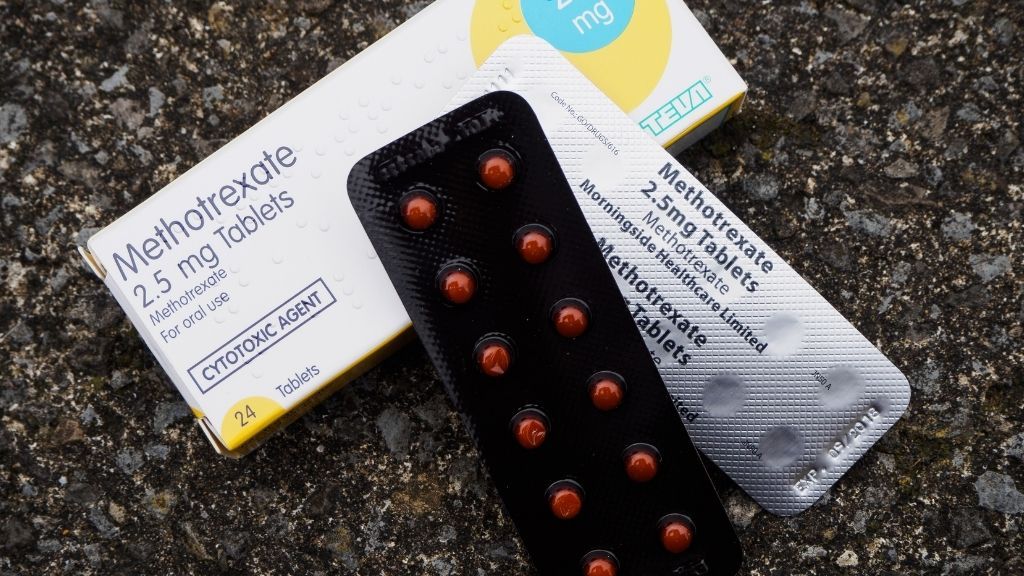 State-level restrictions on abortion may be blocking some patients’ access to methotrexate, a drug used to treat several autoimmune diseases, including lupus and rheumatoid arthritis, as well as some cancers, such as breast and lung cancers.

That’s because, in addition to these diseases, methotrexate (also known by the brand names Otrexup (PF), Xatmep and Trexall) is sometimes used to treat ectopic pregnancy, a condition in which the fertilized egg implants outside the uterus. An ectopic pregnancy never produces a viable, full-term fetus and is life-threatening to the pregnant person if not immediately terminated. In some cases, the pregnancy can be terminated with an injection of methotrexate, which stops the growth of the embryo by preventing cell division.

Following the Supreme Court’s decision to overturn Roe v. Wade, about 15 states immediately moved to ban or severely restrict abortion, including the prescription and use of medications capable of ending a pregnancy, The Washington Post reported (opens in new tab). In at least some of these states, these restrictions have already caused roadblocks for patients seeking methotrexate for other uses, and some patients shared their experiences on social media. For now, these reports are anecdotal, so it’s unclear how many patients have been affected and where they’re all located.

One Twitter user who reportedly takes methotrexate for rheumatoid arthritis said (opens in new tab), “I was told today I could not be prescribed it any longer as I am viably fertile and it is a medication that can be used for abortion.” A person with lupus said (opens in new tab), “I received an email from my rheumatologist today that they are stopping all refills of methotrexate because it is considered an abortifacient.”

“We have heard of a handful of cases of patients being completely denied [prescriptions] simply because they’re of childbearing age,” Steven Newmark, director of policy and chief legal officer at the Global Healthy Living Foundation, a Nyack, New York-based nonprofit that supports people with chronic illnesses, told Time (opens in new tab). They’ve also heard of cases in which patients have been told by their pharmacist to “go back to their doctor, or the pharmacist has to check with the doctor, or the doctor is being wary and more reluctant” to prescribe methotrexate, he said.

—Is a ‘fetal heartbeat’ really a heartbeat at 6 weeks?

Patients in Texas faced similar challenges even before Roe v. Wade was overturned, due to the existing state laws that had already restricted access to abortions, Slate reported (opens in new tab) in May. Under a Texas law called S.B. 4, methotrexate is specifically listed as an “abortion-inducing drug,” and as such, the law requires that those who dispense the drug follow certain protocols or else risk a felony charge. Because of this, pharmacists became hesitant about filling any methotrexate prescriptions, regardless of their purpose.

Besides lupus, rheumatoid arthritis, cancer and ectopic pregnancy, methotrexate can be used to treat psoriasis, Crohn’s disease and multiple sclerosis, according to the National Library of Medicine’s MedlinePlus (opens in new tab). It’s also used for psoriatic arthritis and juvenile idiopathic arthritis (JIA), according to the Arthritis Foundation. “In some cases, such as toddlers with JIA, methotrexate can be life-changing, getting the disease into remission so the child can live a full and pain-free life,” the statement said.

Nicoletta Lanese is a staff writer for Live Science covering health and medicine, along with an assortment of biology, animal, environment and climate stories. She holds degrees in neuroscience and dance from the University of Florida and a graduate certificate in science communication from the University of California, Santa Cruz. Her work has appeared in The Scientist Magazine, Science News, The San Jose Mercury News and Mongabay, among other outlets.

Post-Roe healthcare: What we know so far about access to methotrexate