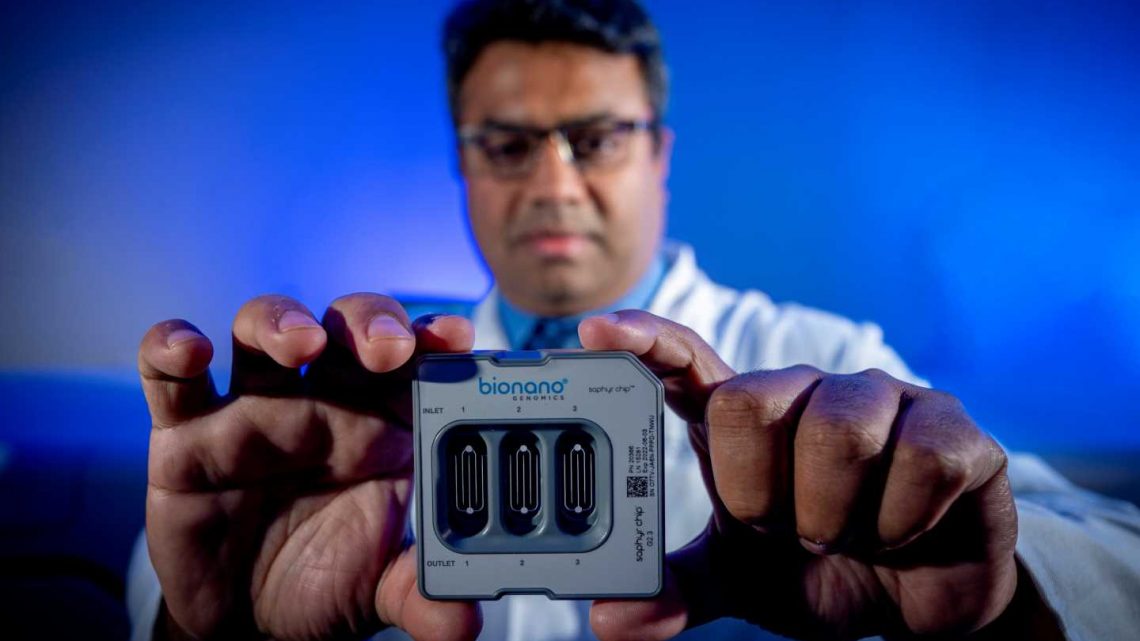 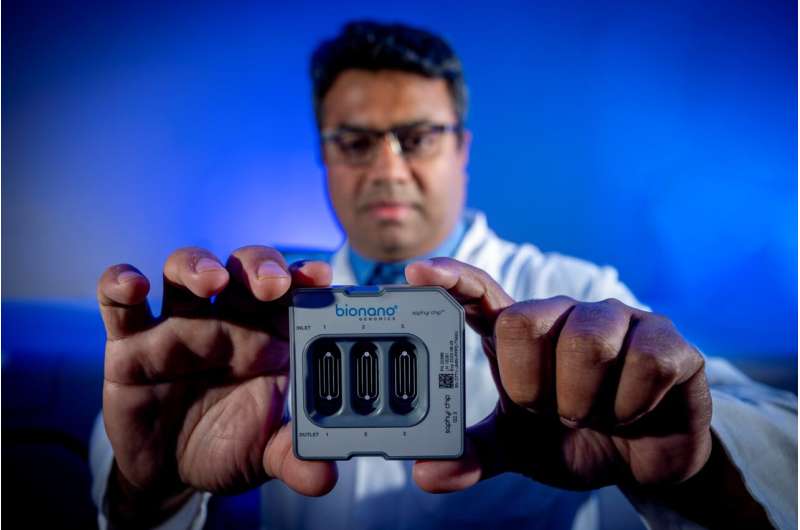 The search to better understand the tremendous range of responses to infection with the COVID-19 virus—from symptom free to critically ill—has uncovered in some of the sickest patients a handful of rare structural gene variants involved in body processes, like inflammation, which the virus needs to be successful.

“The virus has to attach to our cells, it has to get inside our cells and it has to multiply inside our cells. It also has to attract inflammation,” says Dr. Ravindra Kolhe, director of the Georgia Esoteric and Molecular Laboratory at the Medical College of Georgia at Augusta University. “We have identified genes with structural changes in very sick individuals that are part of all four of these essential processes.”

In apparently the first study of its kind, investigators used optical genome mapping, to get a thorough, three-dimensional assessment of the genome of 52 severally ill patients with COVID-19.

In nine of the sickest patients, they identified seven rare structural variants affecting a total of 31 genes involved in key pathways mediating the response between a person, or host, and a virus. These include innate immunity, our frontline immune defense against invaders like viruses; the inflammatory response, a key response to an infection that, gone awry, can also destroy the lungs of some of the sickest patients; and the ability of a virus to replicate and spread. As an example, one variant they identified can lead to overexpression of keratin genes. Keratins are proteins that are the structural components of things like our hair and nails, but that also have been identified as key to the transmission of both flu viruses and the COVID-19 virus between cells and are known to be upregulated in the respiratory tract during an infection.

“It’s a hyperactivation of the normal systems,” says Kolhe, corresponding author of the study, published by the international collaborative COVID-19 Host Genome Research consortium in the journal iScience.

Large structural variants account for much of the genetic diversity among us, including changes that are just unique to the individual and those that can increase their risk of problems like cancer. Optical genome mapping is an emerging technology that can detect these larger variants with multiple changes, like deletion or insertion of genetic material and/or when a section of chromosome is reversed.

The investigators say that while more work needs to be done, their findings about the potential role of structural variants in the host-virus interaction point toward the need to look for genetic variations, ideally with a simple- to-use blood assay. Once identified, the goal would be to initiate proactive moves for these individuals like ensuring vaccination and boosting and potentially more aggressive treatment early on, like monoclonal antibody therapy, to help these individuals better combat COVID, Kolhe says.

Clinical studies have identified factors like older age, being male, hypertension, diabetes and other chronic conditions as risk factors associated with the degree of illness from COVID-19. The nine sickest patients in this study shared common comorbid conditions, 32 of the patients required mechanical ventilation to support their breathing and a total of 13 of the 52 patients died while in intensive care.

But in their studies, which also included individuals who were negative for the COVID-19 virus and those who were positive but asymptomatic, there were again outliers, including individuals with comorbid conditions who remained asymptomatic when infected with SARS-CoV-2 and those who were perfectly healthy but became extremely ill when infected, another indicator of a role for genetics in determining the degree of response, Kolhe says.

Kolhe notes that the large structural variants they found in the sickest patients were not caused by the virus rather used by the virus and may not increase susceptibility to other, even similar, conditions.

Overall, the individuals in this study had about 40 rare structural variants, which other studies have indicated is about average.

The COVID-19 Host Genome Research consortium currently has a membership of 34 institutions, including Duke and Columbia universities, the National Cancer Institute and the New York Genome Center, exploring different aspects of how structural variants impact the divergent individual responses to infection with the COVID-19 virus.

The group began to emerge after more commonplace gene sequencing studies, which essentially lay out the DNA in a straight line to look for problematic and smaller variations in the usual order of its four base pairs—adenine, thymine, guanine and cytosine—on thousands of patients have yielded little information to help explain—and ideally predict—the wide variations in how sick people will get. Better than 30% of the known disease-causing variants are larger than the single base pair changes sequencing can identify, according to the Human Gene Mutation Database.

Even the amount of virus in an individual does not directly correlate with how sick the individual gets, Kolhe says. “We had individuals with very high viral loads who did not even know they were positive,” he says. “It is something in the host genome that is different.”

Some studies have found that blood type might be a factor in predicting risk, specifically type A, and there have been some specific gene findings as well that predispose to immune deficiencies that may make people more susceptible.