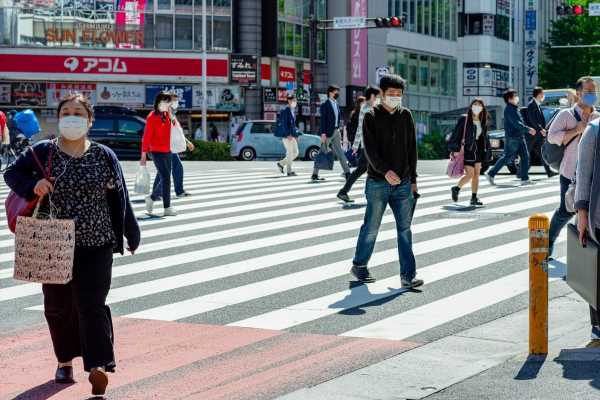 Seroepidemiologic surveys for assessment of the COVID-19 pandemic in Japan

In a recent study posted to the medRxiv* pre-print server, a team of researchers demonstrated that between August and December 2021, Japan had witnessed a severe acute respiratory syndrome coronavirus 2 (SARS-CoV-2) Delta variant-induced endemic.

Earlier serosurveillance in Hyogo Prefecture, a region located in southern-central Japan with a population of 5.4 million, in October 2020, showed a neutralizing activity of 0.15% against SARS-CoV-2.

The seroepidemiologic surveillance conducted during August and December 2021 showed neutralizing activity higher than that estimated by polymerase chain reaction (PCR) analysis, highlighting that, combined with the PCR-based diagnosis, this is a powerful approach in determining the COVID-19 situation at any given time.

In the August cohort, the anti-S positivity rates for the 60–69 and 70–83 years age groups were relatively high at 70.7% and 90.2%, respectively. Contrastingly, in the December 2021 cohort, a flattened positive rate between 87.2% and 100% was observed across all the tested age groups. Notably, all the anti-N-positive sera were also anti-S-positive, with only one exception in both the cohorts.

In the August 2021 cohort, the anti-S-positive subset of 387 individuals showed neutralizing titers of 85.5% against the WT strain, compared to 77.3% against the Delta variant. The Mann-Whitney U-test estimations, thus, indicated the effectiveness of two doses of COVID-19 vaccination.

The December 2021 cohort, which represents the vaccinated population, had a high neutralization-positivity rate of 78.7% against the Delta variant, indicating effective social immunity. In striking contrast, this cohort was vulnerable to Omicron infection, as suggested by a low neutralization rate of 36.6%. Overall, these findings demonstrated that the two-dose vaccination suppressed the spread of the Delta variant, resulting in a relatively lowered infection rate of 3.9% during the study period.

Examining these cohorts segregated based on age groups revealed that in the 70-79 years age group, the neutralization-positivity rate was lower against both the Delta and the Omicron variant, with only 15% sera having neutralization activity against Omicron.

Both Delta and Omicron cases had higher anti-S antibody titers, suggesting that the neutralization activity is largely attributed to the presence of anti-S antibodies.

Between August and December 2021, PCR-based infection rates were approx. two-fold lower than the infection rate revealed by the serosurveillance of the present study, thus suggesting that periodic cross-sectional seroepidemiologic surveillance is a powerful approach in interpreting the COVID-19-induced pandemic situation combined with PCR-based diagnosis and antigen tests.

As of January 6, 2022, 74% population of Japan had received two doses of COVID-19 vaccination, which helped build social immunity among 38.7% of individuals of the August 2021 cohort, as demonstrated by their anti-S seroprevalence results. These results also correlated with Hyogo prefecture's single and two-dose vaccination rates of 32.79% and 42.05%, respectively.

By December 2021, the vaccination rate plateaued in Japan, and the serosurveillance survey revealed a high seropositive rate of 90.8%. Furthermore, this survey revealed a high seropositive rate of 78.7% against the Delta variant but a much lower rate of 36.6% against the Omicron. Overall, these results suggested that the vaccinations in Japan established herd immunity and contributed to bringing down the severity of the COVID-19 situation by December 2021.

medRxiv publishes preliminary scientific reports that are not peer-reviewed and, therefore, should not be regarded as conclusive, guide clinical practice/health-related behavior, or treated as established information.

Neha Mathur has a Master’s degree in Biotechnology and extensive experience in digital marketing. She is passionate about reading and music. When she is not working, Neha likes to cook and travel.