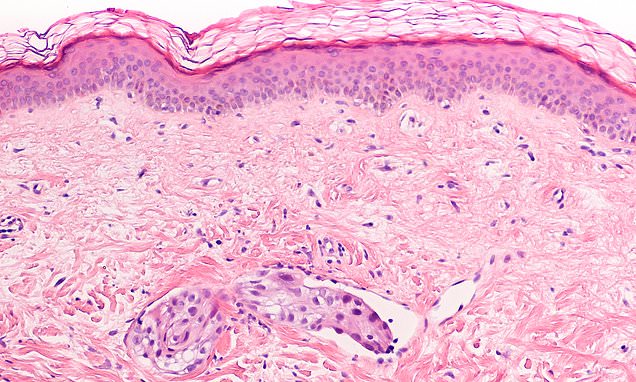 Women who take part in breast screening have a significantly greater benefit from treatments than those who are not screened, a study has found.

Those who chose to participate in an organised breast cancer screening programme had a 60 per cent lower risk of dying from the disease within 10 years after diagnosis, research led by Queen Mary University of London revealed.

The study, on more than 50,000 women, also found that 47 per cent lower risk of dying from breast cancer within 20 years after diagnosis.

Researchers said this benefit occurs because screening detects cancers at an earlier stage, meaning that they respond much better to treatment.

The research, published in the American Cancer Society’s peer-reviewed journal Cancer, was described as ‘groundbreaking’ by a leading charity. 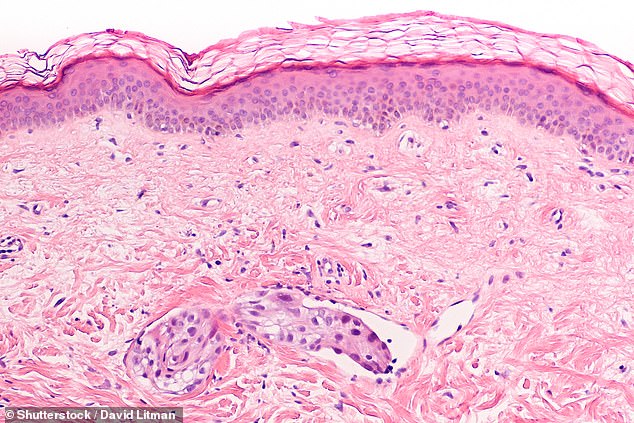 Women who take part in breast screening have a 60% lower risk of breast cancer death in first 10 years, than those who are not screened, a study by Queen Mary University, London, has found

Women in England between the ages of 50 and 70 are currently automatically invited for breast cancer screening every three years, with their final invitation between their 68th and 71st birthday.

The screening programme is run by Public Health England and tests are carried out by NHS hospitals.

But the number of women taking up the invitation has fallen to the lowest level in a decade, with participation rates averaging at more than 70 per cent.

The numbers of participation varies dramatically across the country, with lower rates in poorer, inner-city areas.

‘However, these new results demonstrate the vital role that screening also has to play, giving women a much greater benefit from modern treatments.

‘We need to ensure that participation in breast screening programmes improves, especially in socio-economically deprived areas.’

WHO IS ELIGIBLE FOR BREAST CANCER SCREENING AND HOW DOES IT WORK?

What is breast cancer screening?

Screening is a procedure which allows doctors to catch breast cancer while it is still in its infancy and therefore easier to treat.

It involves an X-ray test – known as a mammogram – to check for signs of cancer which are too small to see or feel.

The results of the mammogram will be sent to the women and her GP within two weeks. Around 5 per cent will be called back for further tests.

Any woman concerned that they might have breast cancer can see their GP and be referred for a screening.

But in recognition that the risk of getting breast cancer increases with age, all women aged between 50 and 70 who are registered with a GP should automatically be invited for screening every three years.

Women are first invited for screening between their 50th and 53rd birthday, although in some areas they are invited from age 47 as part of a trial.

How are they invited?

The screening process is overseen by Public Health England, which uses an IT system to send out invitations.

All patients received stage-specific treatment according to the latest national guidelines, irrespective of the mode of detection.

Previous studies have linked screenings to a 10-20 per cent less likely risk of death from breast cancer.

The investigators, led by Dr Laszlo Tabar, of Falun Central Hospital in Sweden, used a new method to improve the evaluation of the impact of organised mammography screening on death from breast cancer, by calculating the annual incidence of breast cancers causing death within 10 years and within 20 years after breast cancer diagnosis.

Experts agree that regular breast screening is beneficial in identifying breast cancer early, according to the NHS, and women are less likely to need a mastectomy or chemotherapy.

However, this year it was revealed 450,000 women were denied life-saving scans and up to 270 died early after a ‘colossal’ IT failure in the NHS lasting almost a decade.

The victims aged between 68 and 71 were never sent letters offering them a final routine breast screening because of an IT error lasting from 2009 until this year.

Around 150,000 of these women died and former Health Secretary Jeremy Hunt admitted between 135 and 270 of them developed breast cancer that shortened their lives.

Women were reassured that they would receive their final invitations by the end of May 2018.

‘This groundbreaking study firmly underscores that being diagnosed by screening means longer lives for many, many women, as treatment is more effective the sooner breast cancer is detected.’

The NHS estimates that its screening programme saves about one life for every 200 women who are scanned for breast cancer, adding up to about 1,300 lives saved each year in the UK.

However, screening can be seen as causing unnecessary distress.

About three in every 200 women screened are diagnosed with a cancer that would never have become life-threatening, equating to about 4,000 women each year being offered unnecessary treatment.

Ms Rawson said: ‘It is crucial every eligible woman can count on the opportunity to attend screening, and those over 70 must be informed they can request mammograms if they choose.

‘Empowering women to make the right health choices for them with clear, balanced information should be an absolute priority.’

WHAT ARE THE SYMPTOMS OF BREAST CANCER?

Around 55,200 people are diagnosed with breast cancer in the UK each year. One in eight women develop the disease during their lifetime.

The illness can cause a number of symptoms, but the first noticeable symptom is usually a lump or area of thickened breast tissue.

Most breast lumps aren’t cancerous, but it’s always best to have them checked by your doctor.

According to NHS Choices you should also see your GP if you notice any of the following: