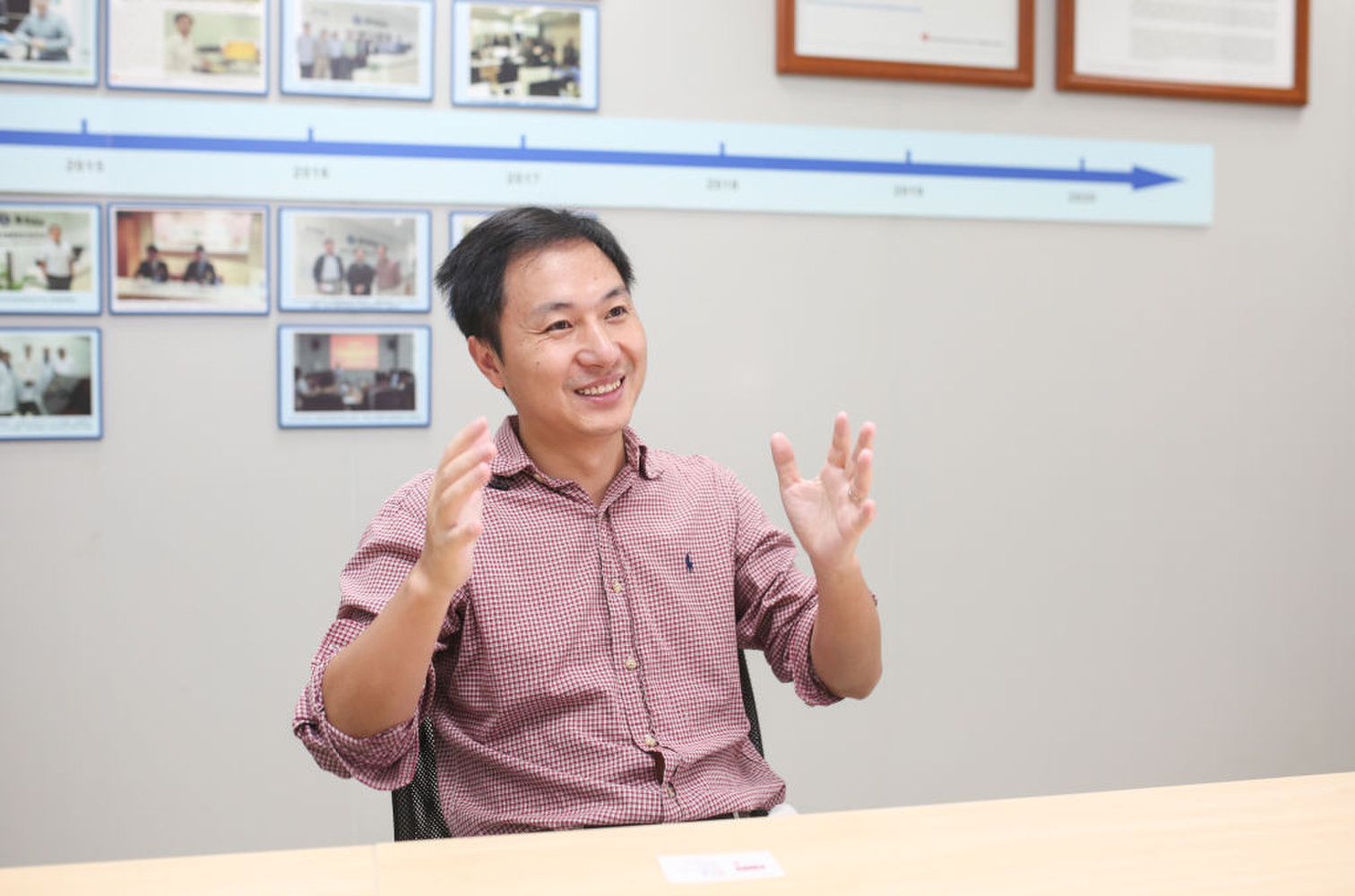 Jiankui He, the Chinese scientist who claims to have edited the genes of twin babies, spoke publicly about his research for the first time today (Nov. 28) in Hong Kong, at the Second International Summit on Human Genome Editing.

He took the stage just before 1 p.m. local time, and began his talk with an apology.

"First, I must apologize," He told the audience. The results of the study leaked unexpectedly, he said, taking away the opportunity for the data to be presented in a scientific venue. "The study has been submitted to a scientific journal for review," he added.

He also thanked his university, the Southern University of Science and Technology in China, but noted that they were "unaware of the study's conduct." On Nov. 26, the University released a statement saying that He had been on unpaid leave since February, and that they were "deeply shocked" by the news of the research.

He also addressed concerns about "off-target" editing. "Off-target" editing means that the molecular editing tools targeted and altered the wrong spot in the genome, which could have serious consequences. The team did identify one potential off-target edit in the embryos, He said. However, he claimed that this edit was in an "intergenic" region of the genome — a stretch of DNA that doesn't code for any proteins. He also said that the parents were informed of the potential risks of the off-target edit. After the babies were born, the scientists tested their DNA to confirm the intended gene-editing occurred. He also claimed that the off-target edit was not seen in the babies' DNA after birth, suggesting it may have been an error that occurred when analyzing the embryonic DNA.

He concluded his talk by mentioning plans to monitor the twins' health for the next 18 years.

Following the talk, He faced a barrage of questions from the talk's moderator as well as from scientists in the audience. He ended by saying that he would've done the same gene-editing to a baby of his own.

Ejaculation problems: If he comes too early, too late or in pain
Health News