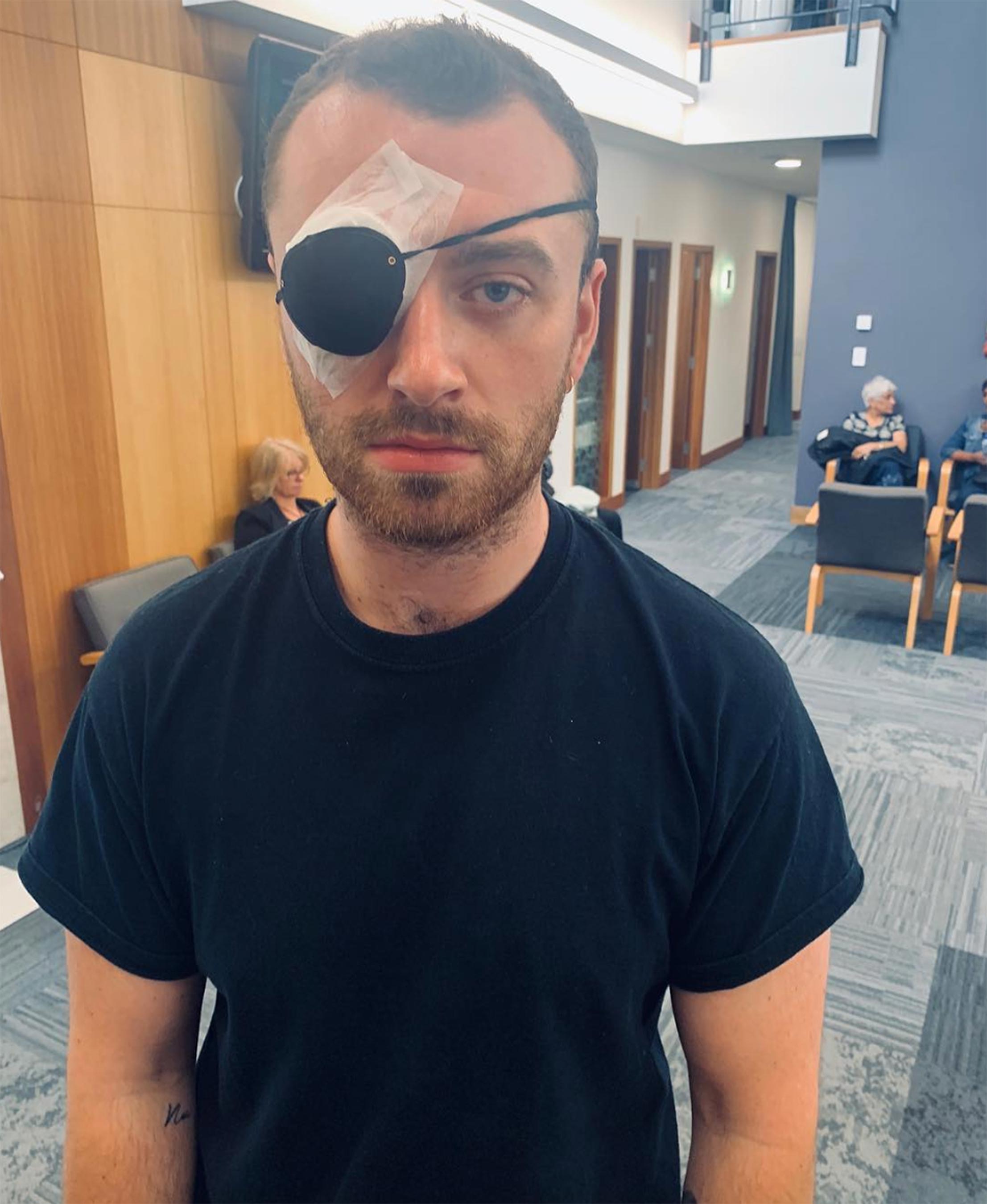 Sam Smith Jokes About Eye Infection Surgery: 'Stye with Me'

On Monday, Smith, 26, shared a photo of himself wearing a black eye patch over his right eye after he had surgery to fix a particularly nasty stye.

“Stye with me,” Smith captioned the shot in reference to his Grammy Award-winning single “Stay With Me.”

The singer also documented the moments leading up to the procedure on his Instagram Stories.

“So. I’m getting it operated on in 20 minutes. I’m f—— scared and also super hyped that I get to wear this pirate patch,” Smith wrote over a selfie, which shows his extremely swollen eye.

“I’m being super dramatic. It’s like a 15 minute Operation lol,” Smith wrote over the next shot.

He then shared a photo of himself lying in a hospital bed with his hand on his forehead while wearing a medical cap.

The singer began complaining about the stye — which is an infection that causes a tender red bump to appear on the eyelid, according to All About Vision — four days ago.

“#styeeye,” Smith wrote alongside a photo of himself wearing black glasses.

On Sunday, Smith revealed his condition had worsened. “Been feeling sorry for myself all day because my f—— eye is in agony and getting worse and worse,” captioned an Instagram post of himself eating ice cream.

Now that he’s stye free, Smith can celebrate the release of his latest single “Dancing with a Stranger” with former Fifth Harmony member Normani, which dropped on Jan. 11.

RELATED: Adam Lambert Defends Sam Smith for Saying He Doesn’t Like Michael Jackson: ‘Give Him a Break’

“For me it bottles everything I was feeling whilst juggling my personal life and touring,” Smith said of the collaboration via press release, Entertainment Weekly reported.

“It’s also such a beautiful moment for me as I’m a huge, huge fan of Normani and everything she is. I’m so excited to watch her shine. I hope everyone enjoys hearing this song as much as I do,” Smith added.