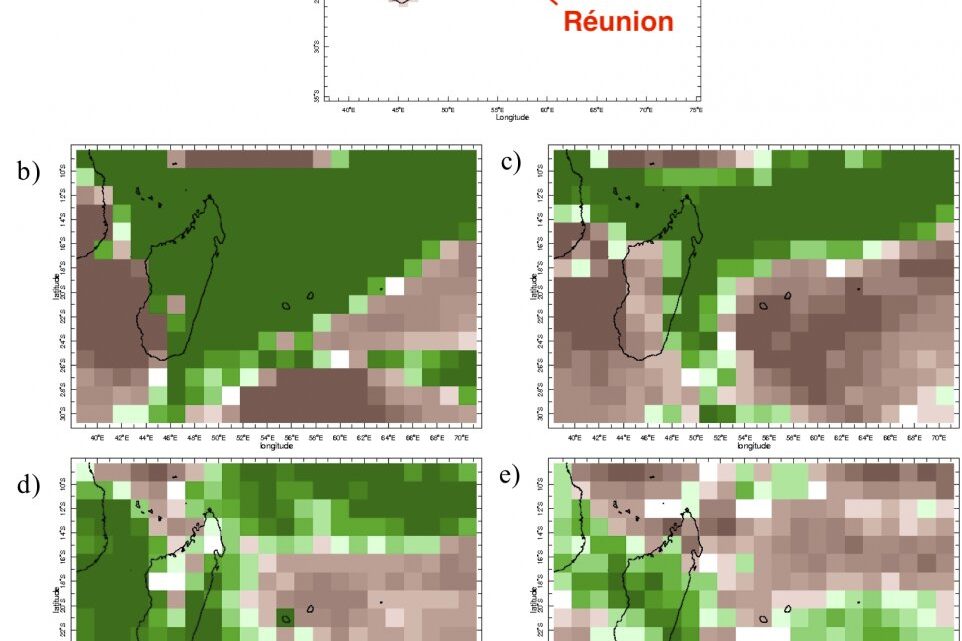 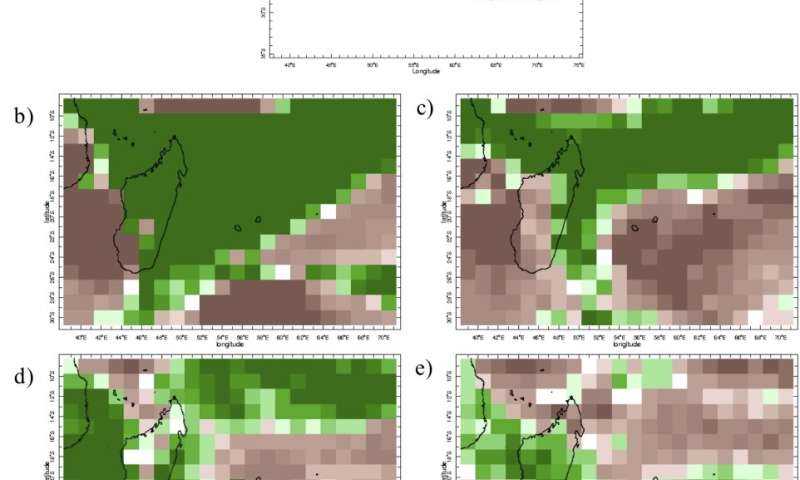 A new study demonstrates for the first time that subseasonal rainfall and temperature forecasts can be used to predict outbreaks of dengue fever by estimating mosquito abundance.

Climate models are often applied to future predictions, but one of the most reliable ways to improve and test the capabilities of these models is to look to the past. In a new study published in GeoHealth, researchers revisited a large dengue outbreak on the island of Réunion and determined it would have been possible to predict the event using available climate data. In particular, they integrated forecasts of rainfall and temperature generated up to four weeks ahead of the start of the outbreak into a mosquito population model. Their success has implications for the use of climate data in future public health efforts.

Réunion, a French overseas island between Madagascar and Mauritius in the Indian Ocean, faced an unprecedented outbreak of dengue in 2018. Dengue fever is a viral tropical disease spread by mosquitoes; in Réunion, the disease is carried by the local species Aedes albopictus. Mosquito populations are influenced by a complicated web of environmental factors that are difficult to monitor on a local scale. However, the study by researchers at Columbia University’s International Research Institute for Climate and Society, Umeä University, New York University and the European Center for Disease Control and Prevention shows that there is great potential for using climate information to predict how suitable an environment will be for vector-borne diseases.

Mosquito species such as A. albopictus thrive only within a unique temperature range. Rainfall events also have distinctive effects on their survival. These factors and others can be identified among climate data, and the researchers recognized that an ideal confluence of these environmental factors could bring on an increase in the abundance of mosquitoes, which could lead to an outbreak.

“Tropical-cyclone-related rainfall events and higher-than-average temperatures played a role in the 2018 dengue outbreak,” said Laurel DiSera, a senior research staff associate at the International Research Institute for Climate and Society and the study’s lead author. “Since we can forecast such conditions up to four weeks in advance, we thought it would be possible that the outbreak itself could be predicted weeks ahead.”

To test the idea, DiSera and her colleagues incorporated subseasonal climate forecasts from the European Centre for Medium-Range Weather Forecasts (ECMWF) model, available via the Subseasonal-to-seasonal Prediction Project Database, into a vector model that generated predictions of mosquito populations; they found that the methodology was reasonably predictive of the outbreak event in 2018.

“Our results strongly suggest that we can use subseasonal data to better understand suitability for mosquito populations and the potential for resulting outbreak events,” DiSera said.

“The routine way to prevent and manage dengue outbreaks is through mosquito control,” said coauthor Joacim Rocklöv for Sweden’s Umeå University. “Having more time to act makes a difference, not in the least operationally.”