Home » Health News » Post-Roe healthcare: What we know so far about access to methotrexate 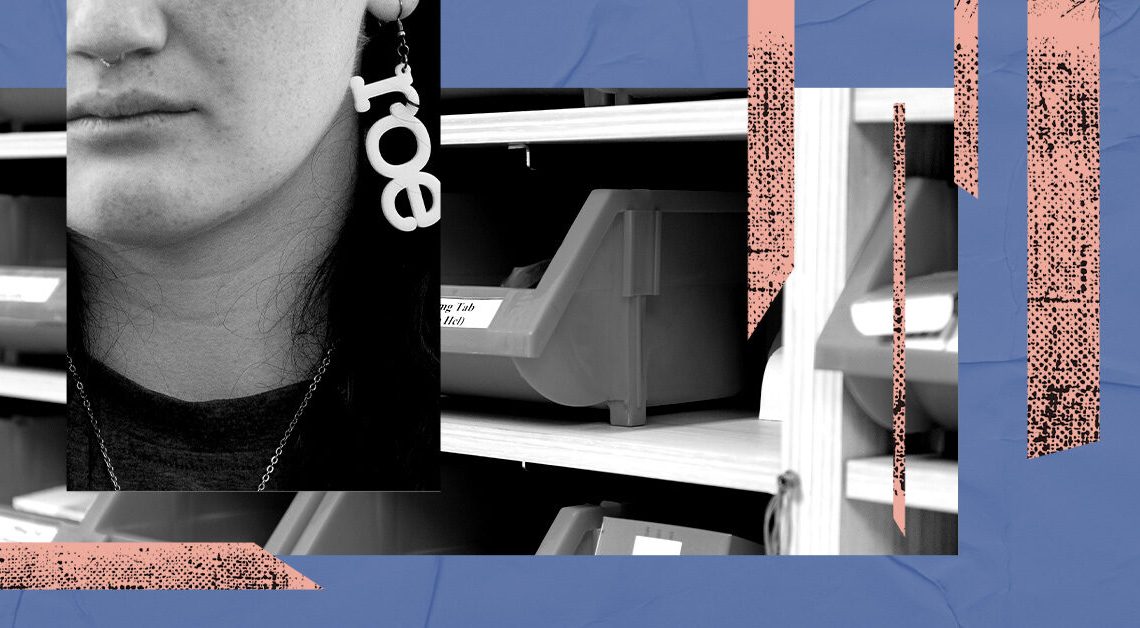 Post-Roe healthcare: What we know so far about access to methotrexate 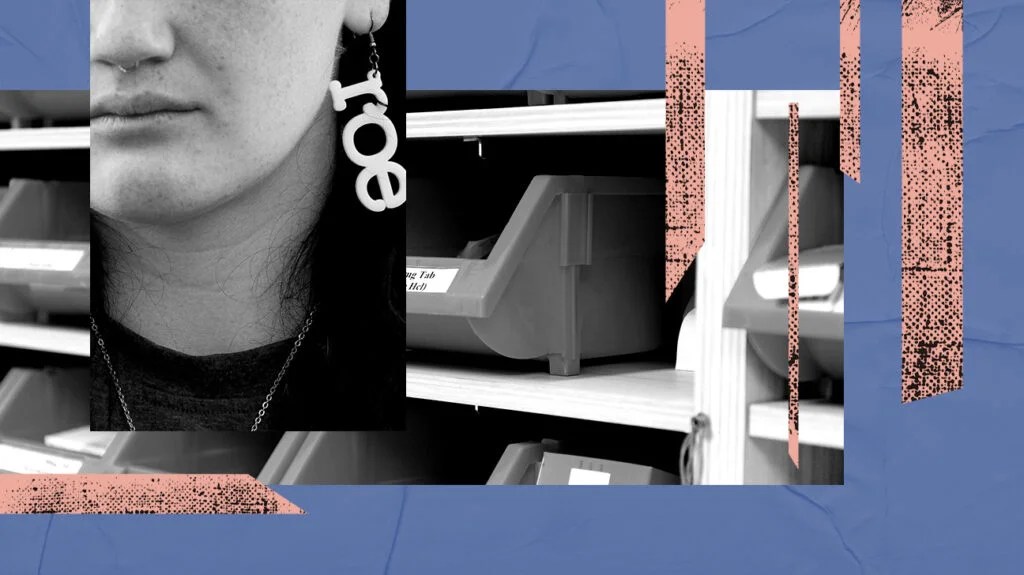 Although the right to abortion is still protected in many states, 9 states have laws restricting access to abortions. There are another 12 states which are either likely to pass such laws or have abortion laws that are currently being litigated in courts. The overturning of abortion laws has led clinics in states with anti-abortion laws to discontinue providing abortions.

In addition to surgical abortions, anti-abortion laws in states such as Texas have also banned several drugs that can be used for inducing abortions. Moreover, these laws would allow the state to prosecute healthcare providers and pharmacists for dispensing such abortion-inducing medications.

Among the medicines banned under these laws include drugs such as methotrexate, mifepristone, and misoprostol. Besides inducing abortion, these medications are also used for the treatment of other conditions.

Recent reports suggest that the reversing of abortion rights has also indirectly impacted women who use these medications for conditions other than for a medication abortion.

The combination of mifepristone and misoprostol, which is used for medication abortions, is also used for treating a missed or incomplete miscarriage. During a missed or incomplete miscarriage, all or some of the fetal tissue may not be expelled from the body. A combination of mifepristone and misoprostol can help clear the tissue by miscarriage by softening the cervix and inducing contractions of the uterus.

Misoprostol is also used in combination with methotrexate to terminate ectopic pregnancies. An ectopic pregnancy occurs when a fertilized egg is implanted outside the uterus and poses a danger to the mother’s life.

Although states such as Texas have banned medications such as misoprostol and methotrexate for terminating pregnancies, the laws permit the use of these drugs for miscarriages and ectopic pregnancies.

However, the fear of penalties, including being charged with a felony, has resulted in some pharmacists refusing to dispense these medications for ectopic pregnancies and miscarriages.

In addition to ectopic pregnancies, methotrexate can suppress the activity of the immune system and is approved by the FDA for the treatment of autoimmune conditions, including rheumatoid arthritis, scleroderma, and lupus. Methotrexate is also used for the treatment of inflammatory bowel disease and a variety of cancers, including breast cancer, lymphoma, leukemia, and lung cancer.

Some of the advantages of methotrexate include its low cost and accessibility. However, methotrexate can cause birth defects, and female patients of reproductive age are advised to use two different types of birth control to avoid pregnancies.

Despite these precautions, birth control failure can lead to accidental pregnancies and the exposure of the fetus to methotrexate.

The risk of birth defects and the lack of access to abortions have made rheumatologists wary of prescribing methotrexate to women of childbearing age. Dr. Mehret Birru Talabi, assistant professor of rheumatology at the University of Pittsburgh, told Medical News Today:

“Frankly, methotrexate is one of my go-to medications for any number of diseases, including rheumatoid arthritis, psoriatic arthritis, systemic lupus erythematosus, myositis, and systemic sclerosis.”

“I expect that some rheumatologists will understandably worry about prescribing methotrexate to patients because if the patient inadvertently became pregnant, the fetus has now been exposed to this medication. This is really worrisome as methotrexate is a very effective medication that we rely on to treat a number of debilitating and serious autoimmune diseases.”
— Dr. Mehret Birru Talabi

Indeed, there are reports of disrupted access to methotrexate. According to some reports from individuals with autoimmune disorders on social media, rheumatologists have stopped renewing prescriptions for methotrexate. Reports from arthritis patients in states with anti-abortion laws have also reported pharmacists refusing to fill prescriptions.

“Patients have reached out to us in fear of what’s next and wondering if this is going to happen to them. This is a devastating issue as these are not decisions driven by medical interests and therefore put the patient at risk of a flare-up and worsening of their condition.”

“Many patients in our chronic illness community have gone to social media to share their stories about how they are already being denied their medication. A common story we are hearing is that patients who have been stable for years on their methotrexate are now being told they can no longer take it because they are of childbearing age.”
— Zoe Rothblatt, patient advocate and associate director

Dr. Ashima Makol, a rheumatologist at Mayo Clinic, said she hoped this limit to access was temporary amid legal challenges.

“The access to medications for autoimmune diseases may become troubling at least temporarily. Unfortunately, this may vary from state to state, but potentially physician to physician and practice to practice as the legal implications of prescribing some of these medications remains unclear to most at the present time,” she said.

However, the extent of these disruptions is not known. The American College of Rheumatology (ACR) recently released the following statement:

“The ACR is aware of the emerging concerns surrounding access to needed treatments such as methotrexate after the recent decision in Dobbs v. Jackson Women’s Health Organization. We are following this issue closely to determine if rheumatology providers and patients are experiencing any widespread difficulty accessing methotrexate, or if any initial disruptions are potentially temporary due to the independent actions of pharmacists trying to figure out what is and isn’t allowed where they practice.”

“When prescribing, it may be critical to ensure that the disease diagnosis or indication for prescription is clearly documented by the prescriber to avoid denials. It will be vital to ensure patients understand the pregnancy risks associated with medications like methotrexate and ensure 100% compliance with contraception.”
— Dr. Ashima Makol

The ACR also said a specialized task force comprising medical and policy experts would be working to determine the best course of action to ensure patients are safe and have access to their treatments.

Although non-teratogenic drugs (i.e., do not induce birth defects) are available for the treatment of autoimmune disorders, some individuals with these conditions respond better to methotrexate and other teratogenic drugs such as mycophenolate and cyclophosphamide.

The disruption of access to methotrexate and other teratogenic drugs in the wake of the overturning of abortion rights could complicate the care of such patients whose symptoms are only responsive to these drugs.

“My fear is that in this new age of widespread abortion restriction, people who have a uterus and are within reproductive age will suffer from undertreated diseases,” Dr. Birru Talabi said.

“These abortion laws will further widen the already existent inequity in healthcare as women with autoimmune conditions will be disproportionately impacted compared to men.”
— Dr. Ashima Makol

“This is particularly worrisome in patients with organ- or life threatening diseases who use medications with a fetotoxic potential such as mycophenolate or cyclophosphamide. Will a patient with kidney-threatening lupus disease—lupus nephritis— be fated to dialysis or the effects of high dose, prolonged steroids because no clinician is willing to prescribe mycophenolate or cyclophosphamide?” added Dr. Birru Talabi.

Lack of safe alternatives during pregnancy

The lack of access to abortions could also endanger the lives of patients with autoimmune disorders or chronic gastrointestinal disease during pregnancy.

“Many of these medications, like methotrexate or leflunomide, are unsafe to use in pregnancy given their teratogenicity, and many biologics lack safety data for pregnancy usage,” Dr. Makol said.

“While women are counseled ahead of time and contraception mandated, accidental pregnancies do happen from contraceptive failure. Some diseases like lupus may flare during pregnancy to the point of needing pregnancy termination for the safety of the mother,” she pointed out.

“People with autoimmune diseases like lupus are much more likely than other people to die in the context of pregnancy. What really concerns me is that some of the people who are making legal and political decisions about abortion are so far removed from the impact of those decisions on the health and well-being of people in this country,” said Dr. Birru Talabi.

Dr. Birru Talabi said that she believes more patients may die because of abortion restrictions in such complex medical cases, and healthcare professionals will be the ones that have to deal with it.

“[Legislators] may never have had to pronounce the death of a female patient who died during a complicated pregnancy. Or heard the screams of children in the hallway of the ICU when they are told their mother has just died. As physicians, many of us have these clinical experiences— they haunt us, and we never forget them. We are witnesses to the human impact,” she said.