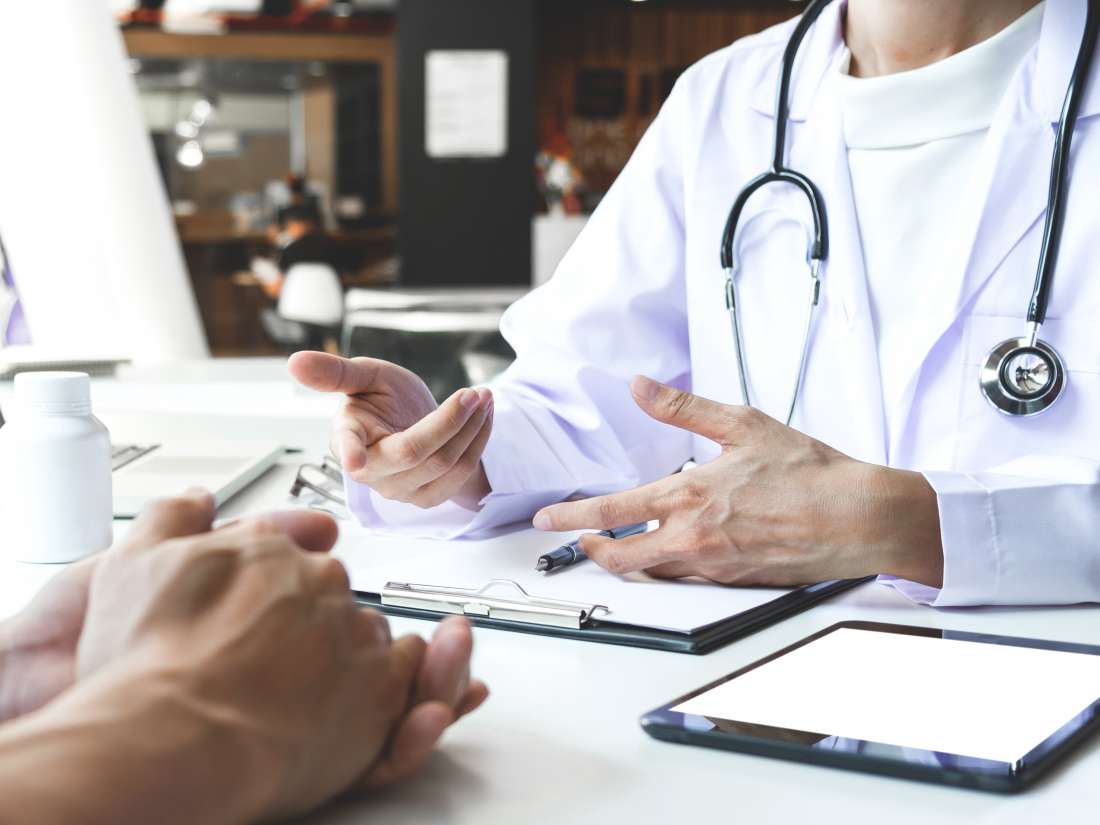 Sexually transmitted diseases (STDs), also called sexually transmitted infections (STIs), are on the rise. In 2017, researchers saw an increase in STDs for the fourth year in a row, and the highest ever rates of chlamydia, gonorrhea, and syphilis.

Most STDs are treatable, and many are curable. Early treatment significantly increases the likelihood of a good outcome. Prevention strategies and routine STD testing can help people avoid spreading these infections to their partners.

This article looks at the visual symptoms and other signs of common STDs.

Herpes is a virus that can affect many areas of the body, including the mouth and eyes. The sexually transmitted form of herpes most commonly affects the genitals.

Symptoms of herpes include:

No treatment can cure herpes. However, antiviral drugs can make outbreaks less painful and potentially reduce the risk of spreading the infection to a partner.

HPV is a virus that causes genital warts. It also increases the risk of some cancers, including cervical and throat cancer. A vaccine can prevent the virus, and some children receive the vaccine around the age of 12.

Many people with HPV have no symptoms. In fact, the types of HPV most likely to cause cancer rarely cause symptoms. Those who do have symptoms may develop small warts on and around their genitals.

Chlamydia is a bacterial infection that affects both males and females. If left untreated in females, it can cause pelvic inflammatory disease (PID). PID can cause pelvic and stomach pain, and may even affect fertility.

Chlamydia can infect the vagina, penis, or rectum. Some people have no symptoms. Others experience:

Like chlamydia, gonorrhea can infect both males and females and can cause PID in females. Gonorrhea is a bacterial infection that spreads through sexual contact.

People with gonorrhea often have no symptoms at all. When symptoms do appear, they may include:

Gonorrhea can also affect other areas of the body, causing symptoms such as:

Bacterial vaginosis (BV) is a bacterial infection that affects the vagina. Doctors do not know what causes it, but it is more common among sexually active women. This suggests that it may be sexually transmitted.

Many women with BV have no symptoms. Some experience itching or burning, which may resemble a yeast infection. Other BV symptoms include:

BV may go away without treatment. It may also come back. Some women need antibiotics to treat BV.

Hepatitis is a virus that affects the liver. There are three types of hepatitis. Hepatitis A and B are sexually transmitted and highly contagious. Often, they do not cause symptoms, and a vaccination can protect against them.

Though it is uncommon, hepatitis C can also spread through sexual contact. Hepatitis C is a chronic illness that antivirals can sometimes cure.

Symptoms of hepatitis include:

Left untreated, HIV increases the risk of serious complications or even death from otherwise minor infections. People can contract HIV through contact with blood or genital fluids, such as semen and vaginal fluid.

Shortly after contracting HIV, 40 to 90 percent of people develop flu-like symptoms, including:

Healthcare professionals can treat HIV using antiretroviral medication. This does not completely eradicate the virus but reduces the amount of HIV in the blood to undetectable levels, meaning it is no longer possible to transmit it sexually.

Without antiretroviral treatment, HIV moves into a latency stage that may cause no noticeable symptoms and eventually progresses to stage 3 HIV, also known as AIDS. As the disease progresses, people become more vulnerable to illness. They may have frequent infections.

Symptoms of stage 3 HIV include:

Syphilis is a bacterial infection that people can spread through sexual contact. Left untreated, it can cause serious complications and even death. But in the early stages, syphilis is treatable with antibiotics.

In the early stages of syphilis, people may notice sores at the site where syphilis entered the body, which is often the genitals. The sores are typically:

When to see a doctor

See a doctor for any symptoms of an STD, especially if the symptoms do not go away on their own or cause intense pain. If a sexual partner has received a diagnosis for an STD, see a doctor for testing.

All adults and teens ages 13 to 64 should get an HIV test at least once.

Sexually active women younger than 25 years old, women who have multiple partners or who have a new sexual partner, should seek chlamydia and gonorrhea testing annually.

All pregnant women should pursue testing for HIV, hepatitis B, and syphilis. Pregnant women at high risk for chlamydia and gonorrhea should get tested for these STDs, too.

People who have sex without condoms or pre-exposure prophylaxis (PrEP), or who share drug equipment, should seek HIV testing at least annually.

Men who have sex with men should consult their doctors about HIV testing schedules. They may need testing every 3–6 months.

The outlook for STDs improves with treatment. Treatment can slow the progression and improve a person’s long-term health.

The right treatment depends on the diagnosis. It is essential for people diagnosed with an STD to use condoms during sexual activity and to tell any sexual partners about their status.

Preventive measures are very useful for reducing the frequency and impact of STDs. Taking PrEP can prevent a person from contracting HIV.

People who suspect they may have an STD may not want to see a doctor. However, knowing STD status is always the best option. The right diagnosis can ease an anxious mind, offer help finding the proper treatment, and prevent long-term complications.

What sets primates apart from other mammals? Gene has qualities that drives aspects of brain development differently in primates compared to other species