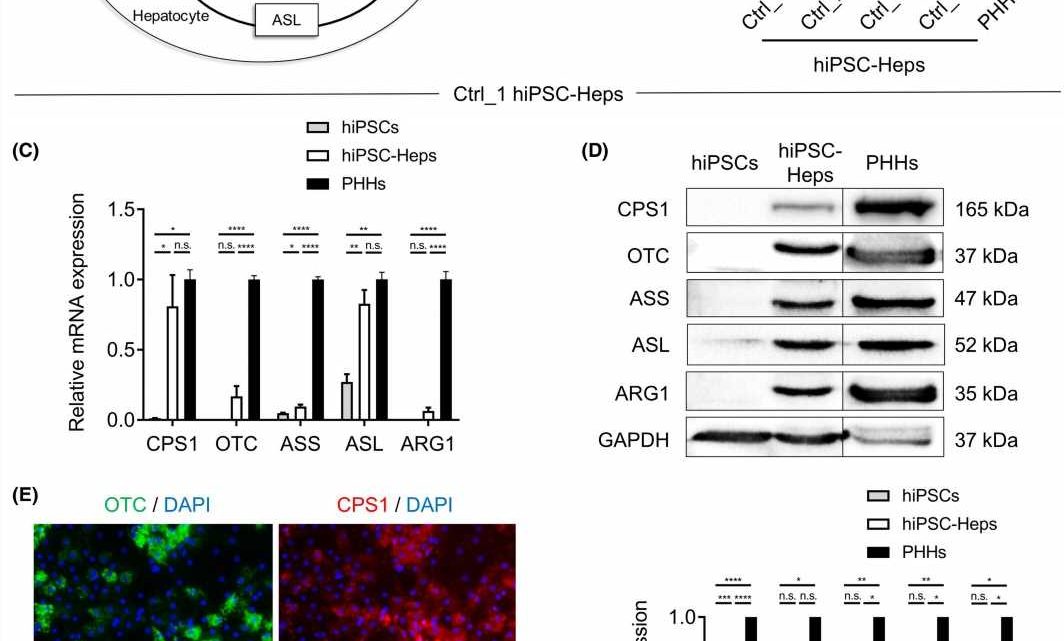 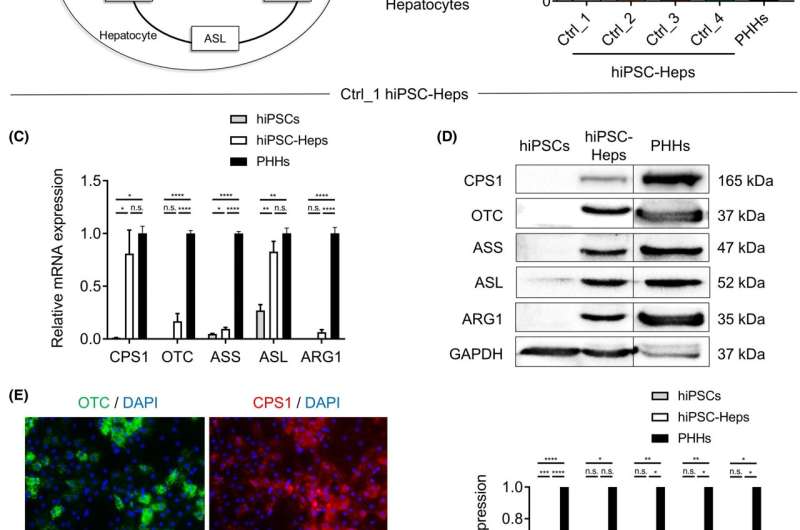 The urea cycle is responsible for removing nitrogenous waste produced from the breakdown of protein in the organism. If the OTC enzyme is missing in this cycle, ammonia accumulation rises to toxic levels. An OTC deficiency is the most common disorder in the urea cycle. It could not be cured with drugs until now.

The OTC gene is located on the sex chromosome (X chromosome). This means that the manifestation of the disorder is usually weaker in female newborns. However, in male newborns, who have one X and one Y chromosome, a deficiency in the OTC gene has a dramatic effect: In newborn boys, ammonia toxicity due to OTC deficiency is often fatal. The research team looked for ways to test drugs in the lab against the OTC deficiency.

First, the research team generated liver cells from patients’ skin tissue in an elaborate process. It worked like this: Initially, a tissue sample of the skin was taken from OTC-deficient patients as well as from a control group (healthy individuals). In a complex process, the samples were differentiated so that they functioned like stem cells. This engineering process was developed by Shin’Ya Yamanaka, for which he was awarded the Nobel Prize in Medicine in 2012.

“By using induced stem cell technology, we succeeded in generating liver cells that function largely like liver cells from patients,” explains Dr. med. Alexander Lämmle, Senior Physician at the Department of Pediatrics and the University Institute of Clinical Chemistry at Inselspital. “However, we observed that the induced liver cells excrete significantly less urea than real, healthy liver cells, and this is independent of whether they originate from healthy controls or urea cycle patients.”

The researchers were able to determine the reason for this behavior. The technologically engineered stem cells were characterized by a complete lack of aquaporin 9, a transport protein in the cell membrane. The reason for this deficiency is the still immature, fetal character of the artificial liver cells.

Aquaporin 9: The key to a functioning artificial liver cell

Aquaporins organize the transport of water and certain substances through the cell membrane. Aquaporin 9 is responsible for the transport of urea. In a next step, the researchers developed a process in which the formation of aquaporin 9 is induced in the stem cells. As a result, the technologically produced liver cells changed their behavior. They were able to break down ammonia into urea and excrete the urea—just as healthy cells do. This provides the basis for a functioning test procedure with artificial liver cells.

Seroepidemiologic surveys for assessment of the COVID-19 pandemic in Japan