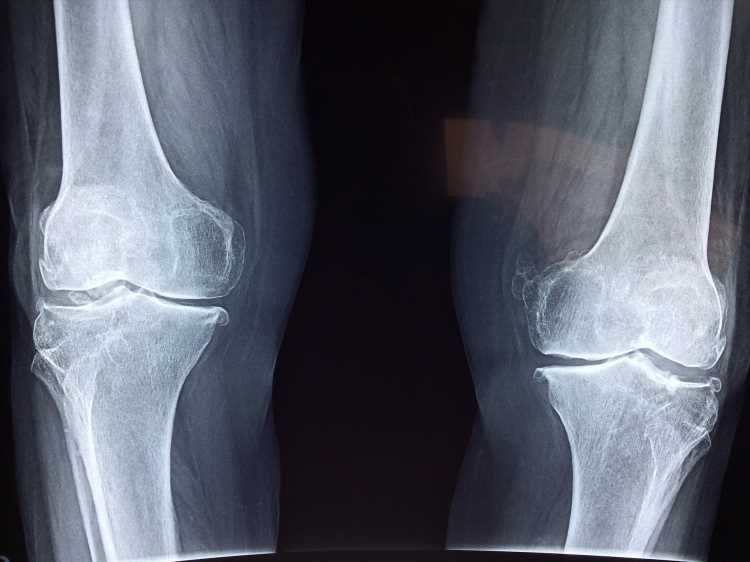 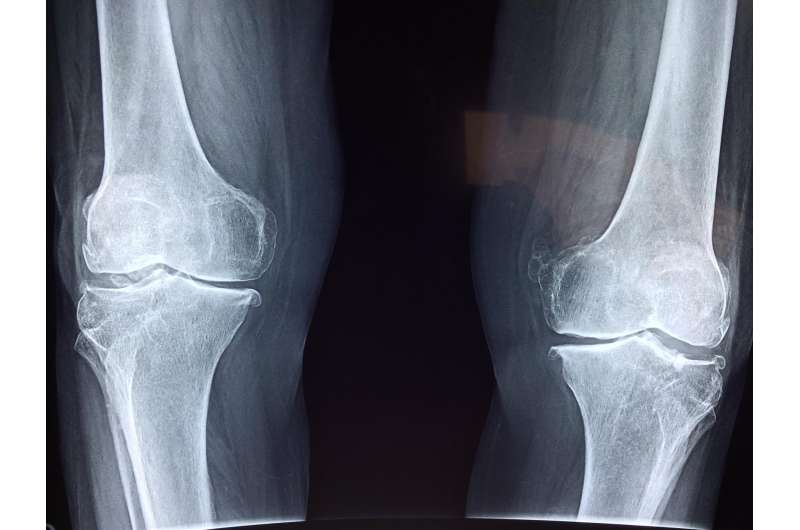 With one in five people experiencing ongoing pain long after knee replacement surgery, new research, led by the University of Bristol and North Bristol NHS Trust (NBT) and published in The Lancet Rheumatology today, has shown a way to help reduce people’s continuing pain that could also save the NHS time and money too.

One hundred thousand knee replacement surgeries are carried out in the UK every year. Most of these operations take place to treat pain related to osteoarthritis. Unfortunately, each year, around 20,000 people who have knee replacement surgery to relieve their pain find that they have moderate to severe pain three months or longer after their operation, which impacts on their everyday lives.

The study found the STAR care pathway (Support and Treatment After joint Replacement) reduces pain severity, the amount pain interferes with people’s lives and is cost-effective. The new treatment could potentially save the NHS up to £14 million per year through reduced inpatient admissions.

The study found patients who received the STAR care pathway had:

The aim of the five-year STAR program was to find ways to improve the care and support that people with ongoing pain receive. The program, funded by the National Institute for Health Research (NIHR), designed and tested a new treatment in a randomized controlled trial in eight UK hospitals.

The program looked at how likely patients are to get ongoing knee pain after their operation and discovered why patients don’t seek help. The research team developed a new treatment—a care pathway—for patients and compared how patients did on the STAR care pathway when compared with a control group who had the usual care.

Rachael Gooberman-Hill, lead researcher for the STAR program, Professor of Health and Anthropology and Director of Bristol’s Elizabeth Blackwell Institute, said: “People have a knee replacement to relieve their pain and it’s immensely disappointing if they find that they have long-term pain afterwards. Unfortunately, one in five people who have knee replacement have long-term pain afterwards—that is around 20,000 people each year in the UK alone.

“As a research team we wanted to do something that would help. We found that our new STAR care pathway had a positive impact on people’s pain. People who had long-term pain after their knee replacement and who were given STAR had less pain and the pain interfered less with their lives one year later. People told us that STAR helped them to feel supported, to find out more about their pain and STAR meant that they were able to get further treatment that was tailored to their pain. We are enormously pleased with our research findings because it should make a real difference to people who find that they have pain after their knee replacement.”

Brenig, a participant on the STAR trial, explained: “As part of the STAR trial, you have tailored physiotherapy appointments. At my three-month review with a STAR physiotherapist, I was having a problem not being able to straighten my leg out. She gave me some simple exercises, which worked and straightened the leg out. Occasionally I have problems at the back of the knee, then I do the exercises and it goes back to normal. So that was a very positive side of what we actually did.

“I felt that being part of the STAR trial gave me access to a specialist physiotherapist. Her knowledge was far, far superior and specific to my issue. Some mornings I get up and feel on top of the world and then the following day I have leg pain. Eventually you get to accept it, but doing the exercises helps.”

The study has benefited greatly from Bristol’s Musculoskeletal Research Unit’s patient involvement group, PEP-R (Patient Experience Partnership in Research) who worked closely with the STAR research team to develop the design of the program.

Dr. Vikki Wylde, Associate Professor in Musculoskeletal Health at Bristol Medical School (THS), and co-author, added: “The new STAR care pathway provides benefit to people with pain at three months after knee replacement, but we still need more research to understand how we could prevent people from developing this pain. High-quality research to pre-operatively identify patients at high risk of developing pain after their operation is needed. These patients could be offered treatments to increase their chance of a good outcome after knee replacement.”

Nick Howells, Consultant Orthopaedic Knee Surgeon at NBT and Honorary Senior Lecturer at Bristol Medical School: THS, continued: “Knee replacement surgery is a great operation that changes the lives of many people suffering with knee osteoarthritis, improving pain, function and quality of life, however, a proportion of people are left with ongoing pain. To have developed an intervention which has been shown to make a difference for some of these people is really satisfying for our team and a great step forward in treatment.

Omicron BA.2: Should we be worried?
Health News