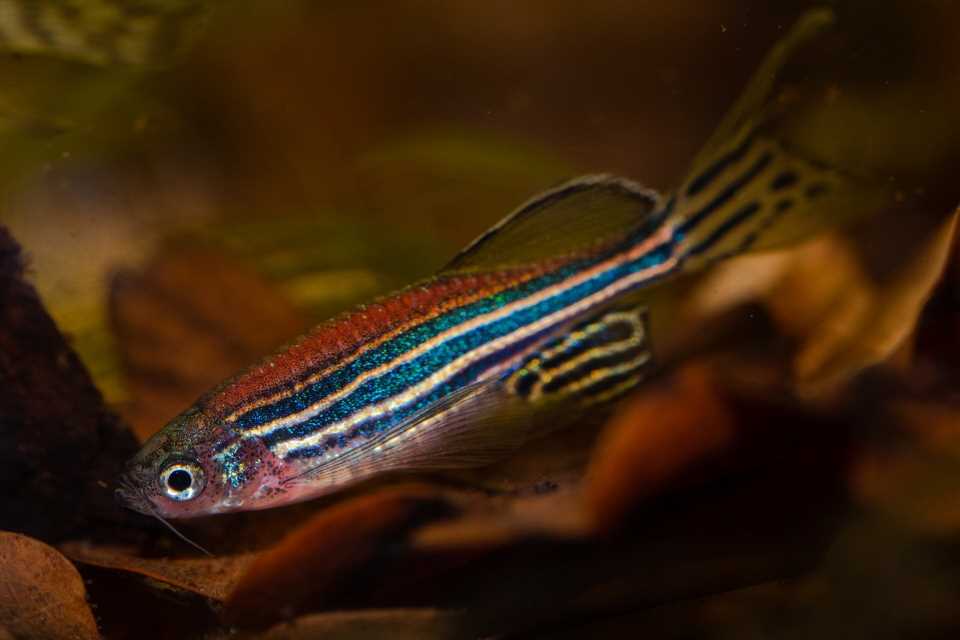 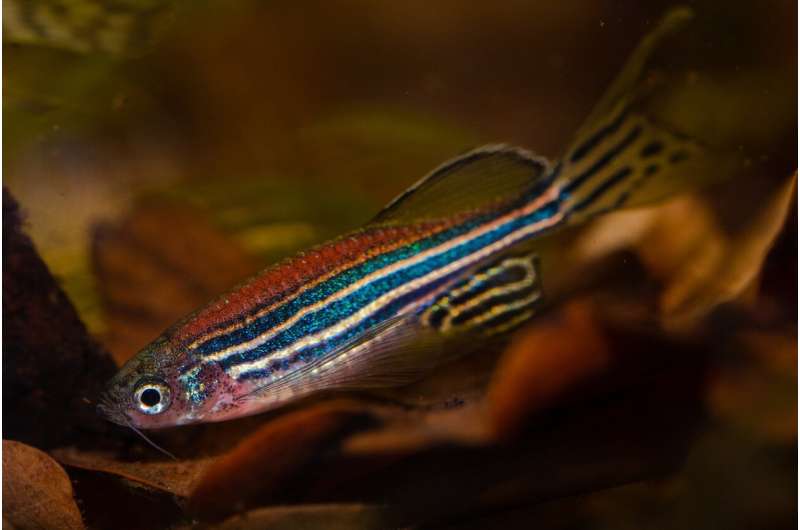 Whenever we decide to throw a party, invite in-laws to dinner or embark on a cruise, we are driven by the most basic component of social behavior: The desire to hang out with other humans. Considering that the drive to form groups with members of one’s own species has been conserved throughout evolution, it’s evident that social behavior is governed by genes, at least to some degree. But our parents and teachers help us hone our social graces, so teasing apart the effects of nature and nurture on this behavior is hard, if not impossible. By studying zebrafish, Weizmann Institute of Science researchers, in collaboration with scientists in Portugal, have managed to solve part of the riddle of how social behavior is hardwired into the developing brain.

Zebrafish are perfect for studying the inborn basis of behavior because they receive zero nurturing from parents. “Some fish species take care of their young, but not zebrafish,” explains Prof. Gil Levkowitz of Weizmann’s Molecular Cell Biology and Molecular Neuroscience Departments, who headed the research team together with Prof. Rui F. Oliveira of Instituto Gulbenkian de Ciência in Portugal. “The female zebrafish spawns several hundred eggs, which are fertilized by sperm released into the water by the male. She does provide her offspring with a ‘lunchbox’—a protein sac, or yolk, that makes up part of the egg, but otherwise, her message to her children is: Manage on your own.”

At about four weeks of age, the centimeter-long juvenile fish, just out of the larval stage, begin to socialize. Though not as exquisitely synchronized as the schools of moonfish in “Finding Nemo,” they do exhibit a strong tendency to swim together as a group, termed a shoal. Much like humans, they have an incentive to seek company; in their case, the group provides them with advantages in searching for food, overcoming currents, avoiding predators and finding mates. The shoaling behavior of zebrafish requires sophisticated processing of visual and social cues, very similar to that which takes place in the brains of socializing humans. In particular, the zebrafish must be able to identify other fish as belonging to their own, “friendly”—as opposed to different or, worse yet, predatory—species.

To learn how the social behavior of zebrafish develops, the researchers decided to focus on the hormone oxytocin, one of the most important neurochemicals known to enhance social interactions, including bonding. Postdoctoral fellow Dr. Ana Rita Nunes and doctoral student Michael Gliksberg created a system for exploring the effects of oxytocin on the developing brains of zebrafish larvae. They produced transgenic larvae whose oxytocin-making neurons harbored a bacterial gene encoding fatal sensitivity to antibiotics. The researchers could then eliminate these neurons from the brains of the larvae at different stages of their development by adding antibiotics to the water, and they later observed the zebrafish behavior as they became adults.

The scientists discovered that the larvae whose brains lacked oxytocin early on—specifically, in the first two weeks of life—grew into adult fish with an impaired capacity for social interaction, namely, swimming in a shoal. Although their brains regenerated the oxytocin neurons later in life, this capacity was not restored. This meant that for adults to be capable of social behavior, their brains had to be organized by oxytocin in a certain manner during a critical time window of brain development in which the social traits are established.

The researchers further discovered the mechanisms by which oxytocin primes the growing brain for socializing. They showed that oxytocin-producing neurons were critical to the birth of another type of neuron, one that releases the neurotransmitter dopamine, which is known to regulate feelings of reward and motivation. Zebrafish whose brains had not been exposed to oxytocin during the first two weeks of life had reduced numbers of dopamine-making neurons, as well as a reduced number of connections to these neurons, in two distinct brain areas.

One of these areas was responsible for processing visual stimuli, apparently of the kind essential for recognizing potential swimming partners. An analogous area in the brains of mammals, including humans, is involved in processing visual cues in social situations. It controls eye movements that scan, for example, different elements of the face in a particular order to decipher facial expressions. This pattern is often absent in people with autism, suggesting that their brains respond to social-based visual cues differently. The other dopamine-deficient brain area in the zebrafish was analogous to a major reward center in the mammalian brain, which is involved in the positive reinforcement of social interactions.

A lack of oxytocin in the critical early developmental period also disrupted a system of neuronal connections known as the social decision-making network—a group of brain areas that work together to process social information. In fish whose brains had developed without oxytocin, the synchronization patterns of neuronal activities among these centers were completely different from those of regular fish.

“Our research has shown that oxytocin is much more than a hormone that creates social bonding and empathy—it plays a role in building the brain systems it will later use, including those involved in sensory processing, cognition, learning and conveying a sensation of reward,” Gliksberg says.

Nunes sums it up: “Oxytocin organizes the developing brain in a way that’s essential for responding to social situations.”