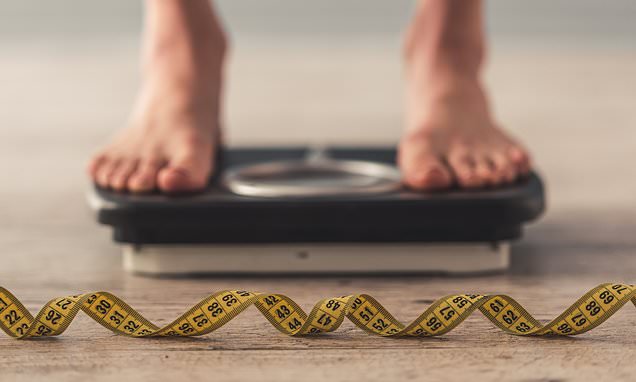 Tipping the scales too far in your 60s may mean your brain is suffering, according to new research.

MRI scans on more than 1,200 people found 60somethings who had a BMI over 25, or a waistline larger than 36 inches, had brains that looked 10 years older.

In particular, they had a more rapidly-thinning cortex, the outermost layer of the brain, packed with nerve cell bodies, which is crucial perception, language, memory and consciousness.

Cortex thinning, the researchers at the University of Miami warned, is associated with Alzheimer’s disease.

The findings build on research showing obesity hampers gray matter in the brain, and that treating the issue earlier seems critical. 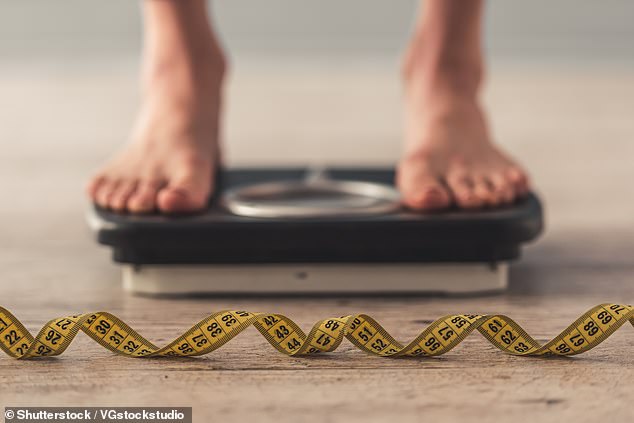 Researchers in Miami found 60somethings with a BMI over 25 had a thinner cortex, the outermost layer of the brain, which is crucial perception, language, memory and consciousness

‘These associations were especially strong in those who were younger than 65,’ study author Tatjana Rundek, MD, PhD, of University of Miami Miller School of Medicine and a member of the American Academy of Neurology.

That, Dr Rundek said, ‘adds weight to the theory that having poor health indicators in mid-life may increase the risk for brain aging and problems with memory and thinking skills in later life.’

The cortex is already incredibly thin – no more than a few millimeters – but over time it gets thinner.

Normally, neuroscientists expect to see a thinning of under 0.10mm per decade.

But Dr Rundek’s study suggests obesity may speed up that process.

They measured each person’s BMI and waist circumference at the beginning of the study, then around six years later they underwent MRI brain scans to measure the thickness of the cortex area of the brain, overall brain volume and other factors.

Uniformly, the team saw thinner cortices in the overweight and obese groups compared to the normal weight group – even after adjusting for other factors such as high blood pressure, alcohol use and smoking.

In overweight people, every extra number added to their BMI was associated with a 0.098-millimeter thinner cortex – i.e. the maximum amount of thinning most adults should experience in an entire decade.

In obese people, their cortex thinned 0.207mm with every added notch on their BMI.

Having a bigger waist was also associated with a thinner cortex after adjusting for other factors.

Correlation does not prove causation: the study does not show that obesity does thin the cortex.

But it strongly implies that weight loss in your younger years could lower the risk of brain diseases.

‘These results are exciting because they raise the possibility that by losing weight, people may be able to stave off aging of their brains and potentially the memory and thinking problems that can come along with brain aging,’ Dr Rundek said.

‘However, with the rising number of people globally who are overweight or obese and the difficulty many experience with losing weight, obviously this is a concern for public health in the future as these people age.’