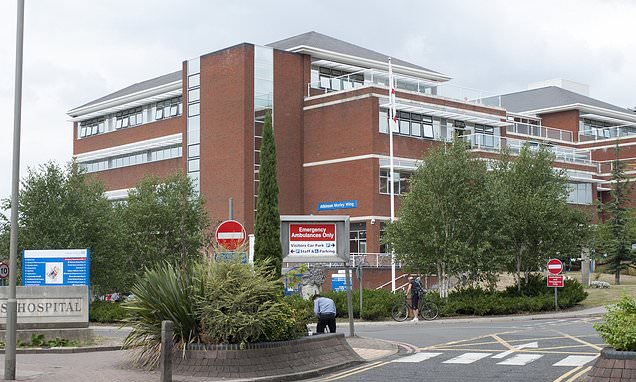 Ongoing ‘toxic’ feud between NHS surgeons at a scandal-hit heart unit which has seen them send dead animals to each other in the post is putting patients at risk, report warns

A culture of tribalism between surgeons at a scandal-hit heart unit impacted on patient care, according to a new report.

Hospital inspectors found staff at St George’s Hospital, south-west London, had ‘strong’ personalities which meant they were unable to work together effectively.

A ‘toxic feud’ between two rival camps was blamed for an increase in patient deaths earlier this year when it was revealed one surgeon was sent a dead animal and a decapitated doll in the post as the row escalated.

And the latest inspection found that bullying and harassment between surgical, anesthetic and intensive care teams had a negative impact on the effective running of the unit. 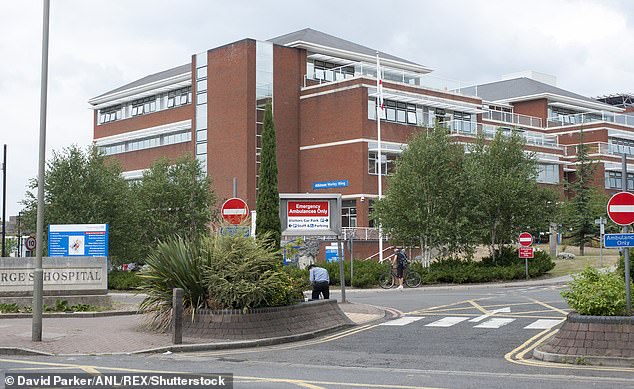 A culture of tribalism and hostility impacted on patient care at St George’s Hospital, London

Staff were even given mediation to try and resolve their issues, but the effects were short-lasting and their ‘poor behaviour’ soon resumed.

Health inspectors from the Care Quality Commission (CQC) have now ordered immediate action to improve services at the cardiac surgery unit, whose leadership was described as ‘weak’.

Staff told CQC inspectors that the cardiac surgical team ‘had not worked effectively for several years’.

Inspectors wrote: ‘Consultants did not work collaboratively, share responsibility or resolve conflict in a constructive and timely manner.

‘There were high levels of mistrust amongst clinical colleagues which contributed to the poor culture within the service.

‘The culture within the cardiac surgical service did not always encourage openness and honesty and we found that staff did not work together to ensure delivery of high-quality, safe and effective services that put patients at the centre.’

Inspectors said they were not assured there was credible and effective leadership or managerial oversight at service, divisional or trust level to address the issues.

They conducted a focused inspection of the cardiac surgery unit over three days in August and September after concerns were raised about mortality rates.

Previous investigations found the unit had a cardiac surgery mortality rate of 3.7 per cent in recent years, compared with a national average of two per cent.

The latest data shows mortality rates have improved since the report was published.

In September it was announced that the most complex heart surgery cases at St George’s were to be diverted to other hospitals to enable improvements to be made.

And hospital bosses said they had asked external regulators to oversee work being done to deal with ‘long-standing issues’ relating to the cardiac surgical service.

The trust has been ordered to make a series of improvements including a call to address cultural issues within the service and to resolve issues over leadership. 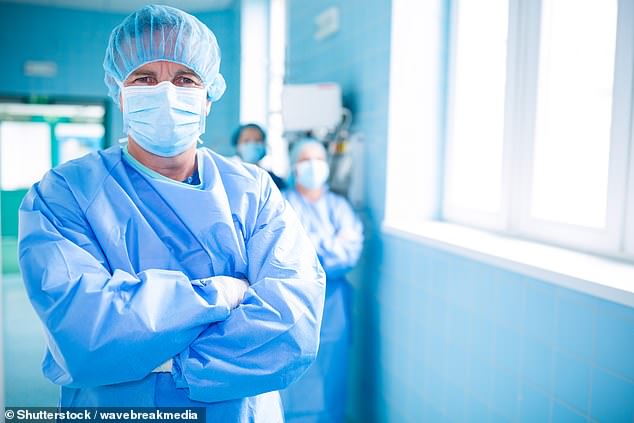 ‘Toxic’ feuding between surgeons was blamed for an increase in patients deaths earlier this year at St George’s Hospital, London, a report from the Care Quality Commission (CQC) said

In August, Marjan Jahangiri, the first female professor of cardiac surgery in Europe, claimed she had been suspended from her post after she blew the whistle over unsafe care and was targeted because of ‘envy at her success’.

The professor claimed the hospital was ‘an environment that appeared to be more interested in cover-ups and petty vendettas than patient welfare’.

In April a package containing a dead animal and a decapitated doll was sent anonymously to Professor Jahangiri’s home address. She was later reinstated following a court battle.

Jacqueline Totterdell, chief executive of St George’s, said: ‘The service experienced significant challenges earlier this year, and it will be reassuring to the communities we serve that the CQC has confirmed it is safe.

‘Of course, this does not change the fact that significant improvements are required – and significant progress has been made since the CQC’s visit back in August.

‘I am grateful to many of our cardiac surgery staff for the commitment and dedication they have shown – they deserve a huge amount of praise during what was a difficult period for the service.’