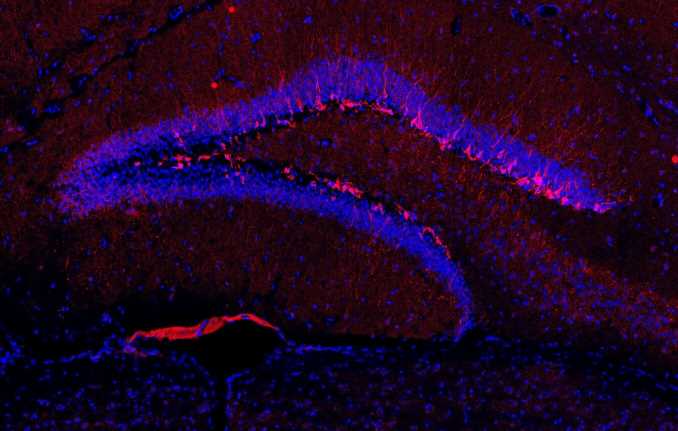 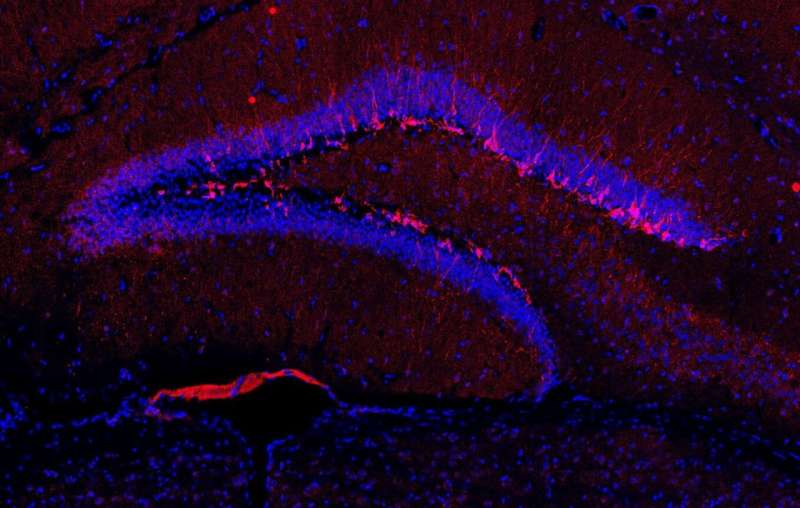 “Our results provide further support for the notion that excessive senescence is a driving factor behind aging, and even late-life reduction of these cells can rejuvenate and restore the function of the stem cell niche,” says senior author David Kaplan of The Hospital for Sick Children (SickKids) in Toronto, Canada. “Moreover, they identify stem cells as a key cellular target, potentially explaining the widespread effects of senescent cells on tissue decline.”

Some research has pointed to stem cells as targets for aging and senescence-associated functional decline. The adult mammalian brain contains stem cells that continuously generate new neurons that are important for cognition. The generation of new neurons in the hippocampus declines rapidly with age, and this decline is associated with reduced stem cell activity. This raises the possibility that age-dependent senescent cell accumulation may deregulate neural stem cells and thereby negatively impact brain function.

“Stem cells last throughout life and, like us, are subjected to the ravages of aging, environmental stressors, and deterioration of the machinery that enables them to function optimally,” Kaplan explains. “To survive, many stem cells revert to a dormant, unresponsive, and inactive state. Our goal was to wake up these dormant cells and, in doing so, enable them to carry out their biological functions that facilitate learning, memory, and brain repair.”

This burst of neurogenesis had long-term effects in middle-aged mice. One month after treatment with ABT-263, adult-born hippocampal neurons increased and hippocampus-dependent spatial memory was enhanced. “The surprise for us is that only one injection of the drug was sufficient to mobilize the normal stem cells in the hippocampus, and it did so after only 5 days,” Kaplan says. “The newly awakened stem cells continued to function well for the next 30 days.”

While the findings implicate the senescence of stem cells in age-related decline, the stem cells are clearly not the only important cellular substrates for senescence in the nervous system. A potential role for cellular senescence in the brain has been most widely studied within the context of neurodegenerative disorders. In particular, senescent microglia, astrocytes, and oligodendrocyte progenitor cells accumulate in the aged degenerating human brain, and clearance of these senescent cells in mouse models can ameliorate some of the adverse consequences of neurodegeneration and obesity. But these studies focused on senescent microglia and glial cells in neuropathological conditions rather than normal aging.

“In addition, most studies on waking up dormant stem cells have focused on mobilizing the cells themselves,” Kaplan says. “A key question when we age, however, is whether it is something intrinsic in stem cells that causes them to become dormant or if it is the environment that they reside in that elicits this dormant state. It is well known that the stem cell niche, or neighborhood, deteriorates with age. Waking up dormant stem cells themselves may not be useful if, when they do so, their neighborhood does not allow them to function optimally.”

According to the authors, one study limitation was the use of middle-aged mice and not older mice that might have more relevance to potential therapeutic strategies for the loss of cognitive abilities in older adults. Nonetheless, the findings may have implications for the treatment of age-related conditions.