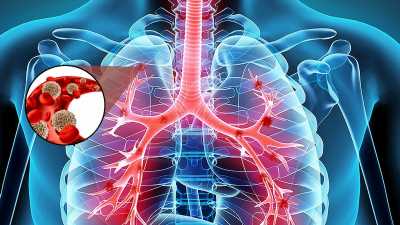 Peripheral airway response to methacholine was similar among obese adults with and without asthma, although forced expiratory volume was lower for those with asthma, based on data from 53 individuals.

Previous studies have shown that airway reactivity can occur in obese individuals without airway inflammation, but studies characterizing obese asthma based on lung function are lacking, they said. “Combining spirometry and oscillometry might reveal abnormalities in lung mechanics particularly pertinent to people with obesity and asthma,” the researchers noted.

In a cross-sectional study published in the journal Chest, the researchers reviewed data from 31 obese adults with asthma and 22 obese adults without asthma. The participants were aged 18 years and older, with forced expiratory volume (FEV1) of at least 60% of predicted. All had class III obesity, with an average BMI of 47.2 kg/m2 for those with asthma and 46.7 kg/m2 for nonasthma controls. Demographic characteristics were similar between the groups.

Airway reactivity was defined as a 20% decrease in FEV1 and/or a 50% change in resistance or reactance at 5 Hz (R5 and X5), at a concentration of 16 mg/mL or less of methacholine. Patients were assessed using spirometry and oscillometry.

Overall, most obese individuals with and without asthma showed significant changes in peripheral airway resistance. For those with asthma, the resistance at 5 Hz, measured by oscillometry, increased by 52% in response to the PC20 methacholine challenge, with an area under the reactance curve (AX) of 361%. For controls without asthma, the resistance at 5 Hz increased by 45%, with an AX of 268% in response to 16 mg/mL of methacholine.

This finding suggests that obesity predisposes individuals to peripheral airway reactivity regardless of asthma status, the researchers wrote in their discussion.

The researchers also identified two distinct groups of asthma patients based on respiratory system impedance based on more concordant vs discordant bronchoconstriction in the central and peripheral airways. The baseline AX for these two groups was 11.8 and 46.7, respectively, with interquartile ranges of 9.9-23.4 and 23.2-53.7, respectively.

The discordant group included only women, and these patients reported significantly more gastroesophageal reflux, increased chest tightness, and more wheezing and asthma exacerbations than the concordant group, which may be related to air-trapping, shown on previous studies of obese individuals with asthma, the researchers wrote.

The findings were limited by several factors including the measurement of airway impedance only at the peak methacholine dose, and the measurement of oscillometry after spirometry, the researchers noted. Other limitations included the relatively small study population at a single center, and the focus on obese individuals only.

More research is needed in larger and more diverse patient populations, but the results support the characterization of a subgroup of obese asthma patients with significant peripheral airway dysfunction, the researchers wrote.

“Oscillometry testing can reveal a physiologic phenotype of asthma in obesity that may be related to worse symptoms and more severe disease, and also reveal subclinical abnormalities in people with obesity, but without clinically diagnosed lung disease,” they concluded.

The study was supported in part by the National Institutes of Health. The researchers declared no financial conflicts.