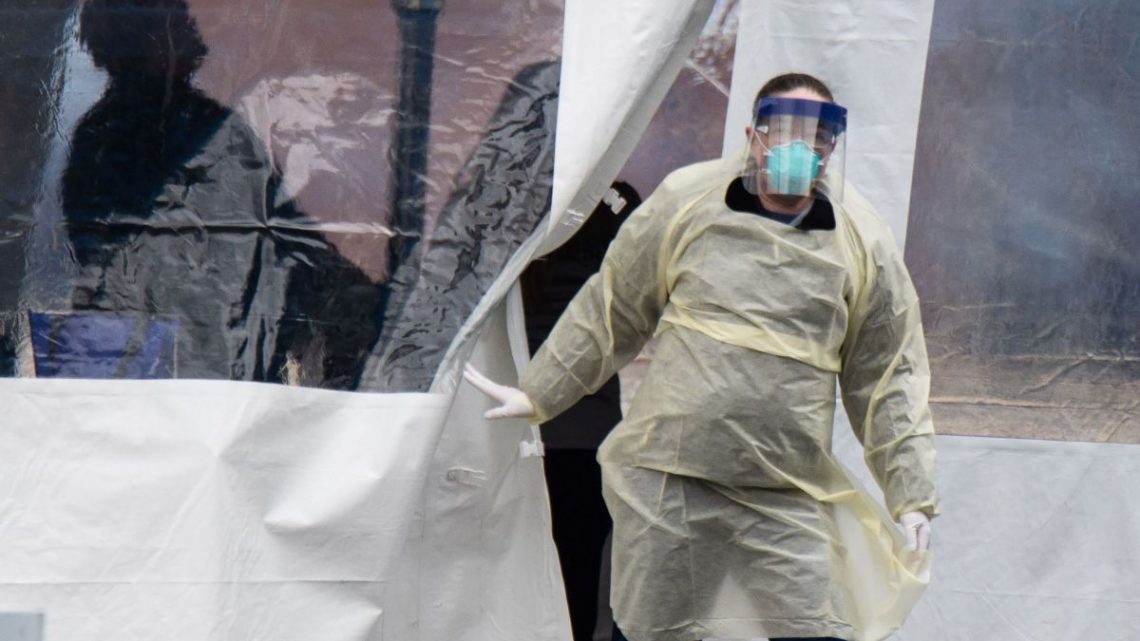 New ‘Columbus strain’ of coronavirus evolved in the US

Two new COVID-19 variants have been found in Ohio, and they appear to have originated in the United States, researchers announced on Wednesday (Jan. 13).

One of these variants, dubbed the “Columbus strain,” has three gene mutations that haven’t previously been seen together in SARS-CoV-2, the virus that causes COVID-19, according to a statement from The Ohio State University Wexner Medical Center. These mutations occur in the so-called spike protein of the virus, which it uses to latch onto cells.

This strain quickly became the dominant coronavirus variant in Columbus, Ohio, over a three-week period from late December 2020 to early January, according to the researchers, who hope to post their findings soon on the pre-print database bioRxiv.

“This new Columbus strain has the same genetic backbone as earlier cases we’ve studied, but these three mutations represent a significant evolution,” study leader Dr. Dan Jones, vice chair of the division of molecular pathology at they Wexner Medical Center, said in the statement. “We know this shift didn’t come from the U.K. or South African branches of the virus.”

The Ohio researchers have been regularly sequencing the SARS-CoV-2 genome from patient samples since March 2020 to monitor the virus’s evolution.

Like other coronavirus variants found around the world, including the U.K. variant, the mutations in the Columbus strain occur in the virus’s “spike protein,” which allows the virus to enter cells. It’s possible these mutations make the virus more transmissible, the researchers said.

But so far, there is no evidence that these mutations would impact the effectiveness of COVID-19 vaccines, according to the researchers.

—The 12 deadliest viruses on Earth

“It’s important that we don’t overreact to this new variant until we obtain additional data,” said Peter Mohler, a co-author of the study and chief scientific officer at the Wexner Medical Center

The second variant found by the Ohio researchers has a mutation dubbed 501Y that is identical to one seen in the U.K. variant. This mutation affects  the receptor-binding domain, or part of the virus’s spike protein that latches onto the ACE2 receptor in human cells; in lab-dish experiments, the mutated receptor-binding domain binds more tightly to the ACE2 receptor, past research found.

But the researchers believe the Ohio variant independently evolved that mutation from a strain already in the U.S. It was found in one patient from Ohio, so the researchers don’t yet know how prevalent it is in the population overall.

A spokesperson for the Centers for Disease Control and Prevention told CNBC that the agency is reviewing the new research.