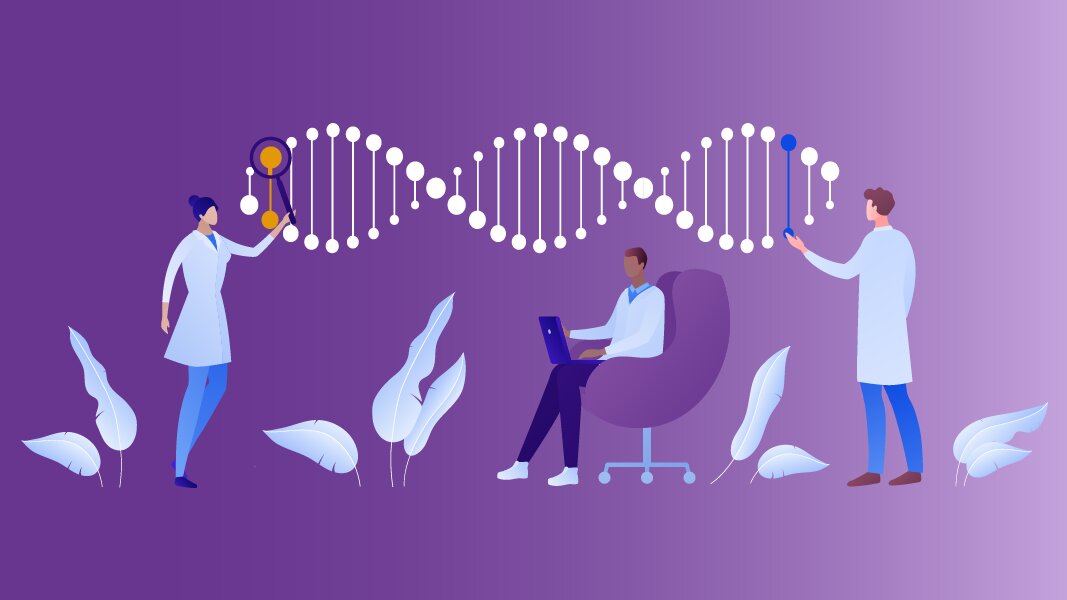 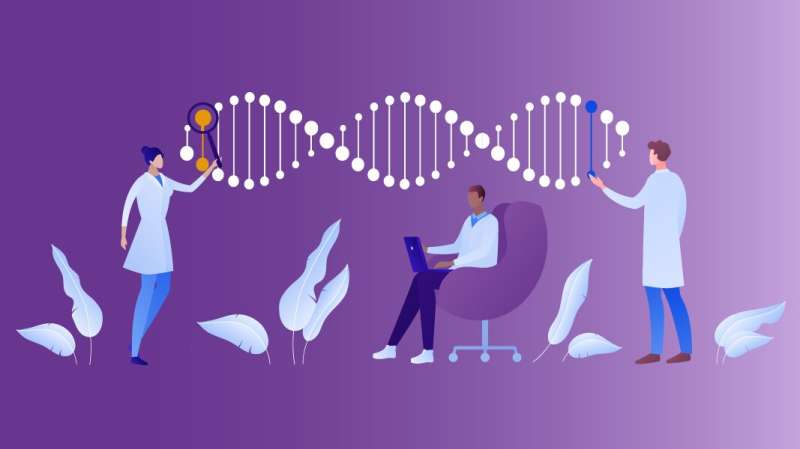 “We demonstrated that genotype-first research can work, especially for identifying people with rare disorders who otherwise might not have been brought to clinical attention,” says Caralynn Wilczewski, Ph.D., a genetic counselor at the National Human Genome Research Institute’s (NHGRI) Reverse Phenotyping Core and first author of the paper.

Typically, to treat genetic conditions, researchers first identify patients who are experiencing symptoms, then they look for variants in the patients’ genomes that might explain those findings. However, this can lead to bias because the researchers are studying clinical findings based on their understanding of the disorder. The phenotype-first approach limits researchers from understanding the full spectrum of symptoms of the disorders and the associated genomic variants.

“Genomics has the potential to change reactive medicine into preventative medicine,” said Leslie Biesecker, M.D., NIH distinguished investigator, director of NHGRI’s Center for Precision Health Research and a senior author of the article. “Studying how taking a genotype-first approach to research can help us learn how to model predictive and precision medicine in the future.”

The study documents three types of discoveries from a genotype-first approach.

First, the researchers found that this approach helped discover new relationships between genomic variants and specific clinical traits. For example, one NIH study found that having more than two copies of the TPSAB1 gene was associated with symptoms related to the gastrointestinal tract, connective tissues, and the nervous system.

Second, this approach helped researchers find novel symptoms related to a disorder that clinicians previously missed because the patient did not have the typical symptoms. NHGRI researchers identified a person with a genomic variant associated with a known metabolic disorder. Further testing found that the individual had high levels of certain chemicals in their body associated with the disorder, despite having only minor symptoms.

Third, this approach allowed researchers to determine the function of specific genomic variants, which has the potential to help clinicians understand newly described disorders. For example, in one study, NHGRI researchers and their collaborators found that a genomic variant was associated with immune dysfunction at the molecular level in blood cells.

The 13 studies that implemented a genotype-first approach used genomic data from NHGRI’s Reverse Phenotyping Core in the Center for Precision Health Research. The core aggregates genomic data from programs such as ClinSeq(R) and the National Institute of Allergy and Infectious Disease (NIAID) Centralized Sequencing Protocol, which together allowed analyses to be performed on more than 16,000 research participants who have undergone genome or exome sequencing.

Exome and genome sequencing data from participants who consented to broad genomic data sharing and recontact for future research studies are currently available to NIH intramural researchers through the Reverse Phenotyping Core Genomic Data Browser to identify genomic variants of interest for their own research.

“Importantly, we provide a framework for other institutions to build research programs that allow for genotype-first studies. With more programs taking this approach, we can better study the predictive potential of genomic medicine,” said Clesson Turner, M.D., director of NHGRI’s Reverse Phenotyping Core and a senior author of the article.

The framework includes broad genomic data sharing with the ability to recontact participants explicitly stated during the informed consent process. NHGRI researchers recommend institutions aiming to establish genotype-first centers create strategic plans, especially for deciding what genomic findings will be returned, which may involve genetic counseling services. Importantly, according to the study, researchers must actively communicate with study participants to build informed and trusting long-term relationships.

“In the future, as more researchers adopt this approach, we hope to identify more people who may be helped by the availability of their genome sequence, especially as more diverse populations join genome-sequencing studies,” says Dr. Wilczewski.