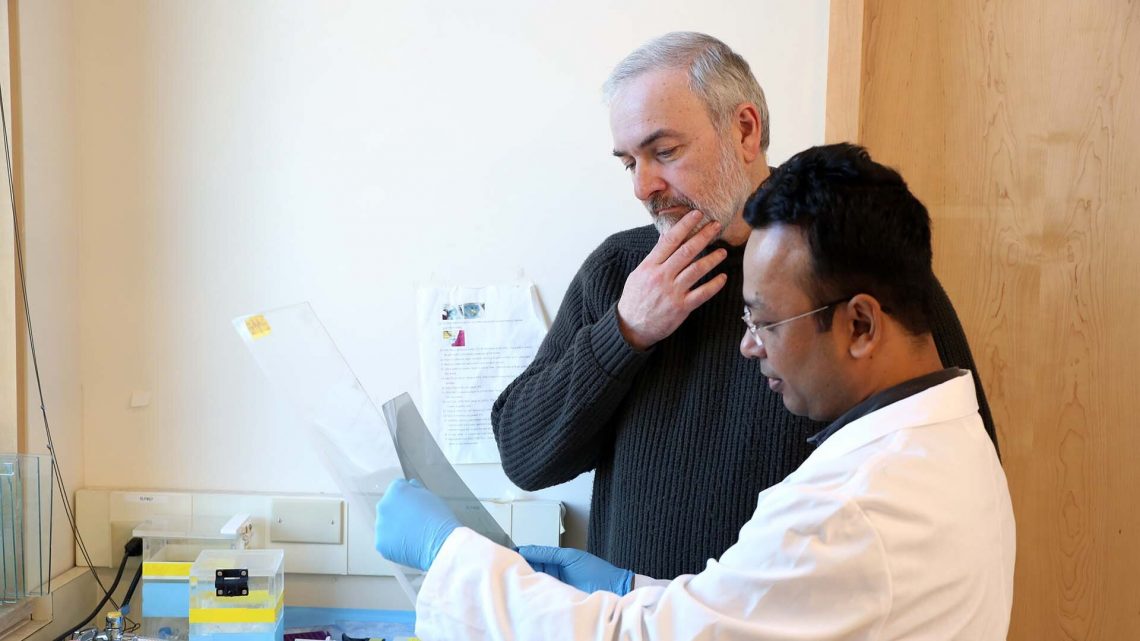 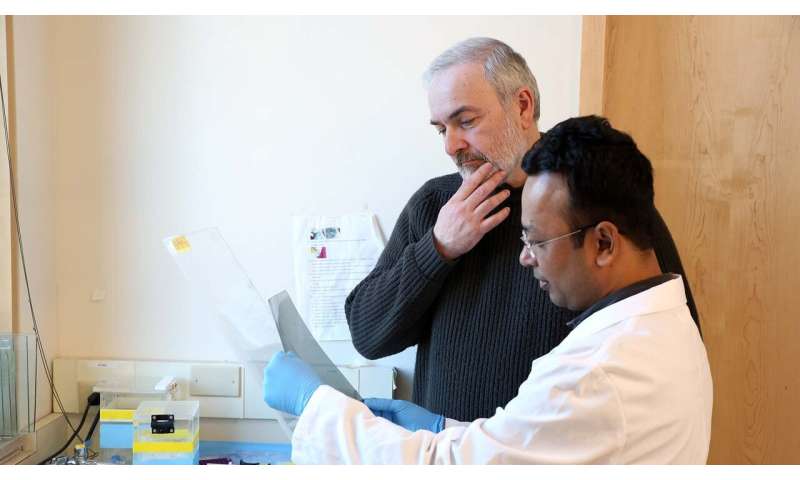 A genetic mutation that disrupts how DNA sends messages to the rest of a cell has been linked to a large number of blood cancers. Thanks to a collaboration between biologists at Cold Spring Harbor Laboratory (CSHL) and an oncologist at Memorial Sloan Kettering Cancer Center (MSKCC), we now know how the mutation triggers a chain of biological events that lead to most leukemias.

The deadly chain of events begins with RNA splicing, a process that converts messages from DNA into instructions for making proteins in a cell. Errors in RNA splicing can result in poorly formed proteins that are unable to do their job. The CSHL-MSKCC team found that in blood cancers, a process associated with splicing called Nonsense-mediated mRNA decay (NMD) is excessively active. After splicing converts DNA messages, the NMD process normally serves as “quality control,” destroying messages that contain mistakes before a broken protein is made.

The Krainer lab at CSHL determined that when the gene called SRSF2 is mutated, NMD destroys many more messages, including some that have not been likely targets of NMD before. Messages that are important for healthy blood cell production are one of these new targets. The result of excessively active NMD is less healthy blood cells and more sickly or immature cells—a hallmark of blood cancer.

“RNA splicing factor mutations are seen in virtually all forms of leukemia, both chronic as well as acute myeloid leukemias and also even chronic lymphocytic leukemia,” said Omar Abdel-Wahab, M.D. at MSKCC. “I’m a hematological oncologist—I think a lot about blood cancer—so this caught my attention right away.”

Scientists have seen other cancers manipulate NMD into protecting solid tumors. However, the CSHL-MSKCC discovery, published in Genes and Development, is the first evidence of NMD contributing to blood cancer conditions.

To stop the mutated SRSF2 gene from affecting NMD, the researchers experimented with a technique called antisense oligonucleotide (ASO) therapy. As shown by CSHL Professor Adrian Krainer in past works, ASO therapy has been effective in combating other diseases resulting from defective RNA splicing. The next step will be to test many ASOs in animals, perfecting the team’s approach until it is ready for the clinic.

Where to buy cheap carboxactin ca no prescription
Health News