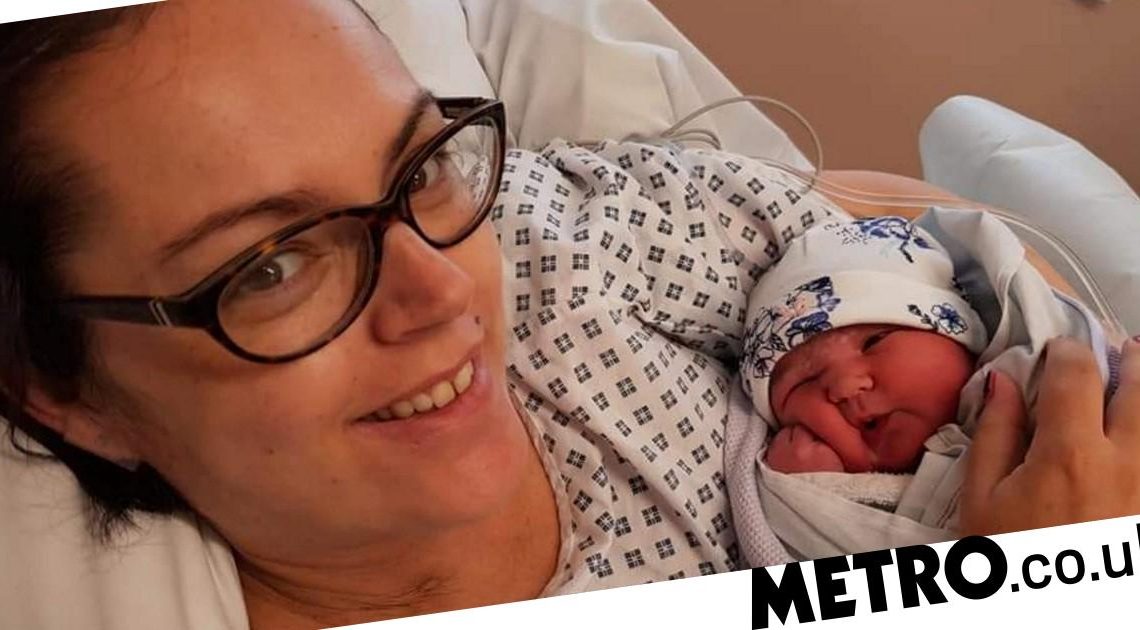 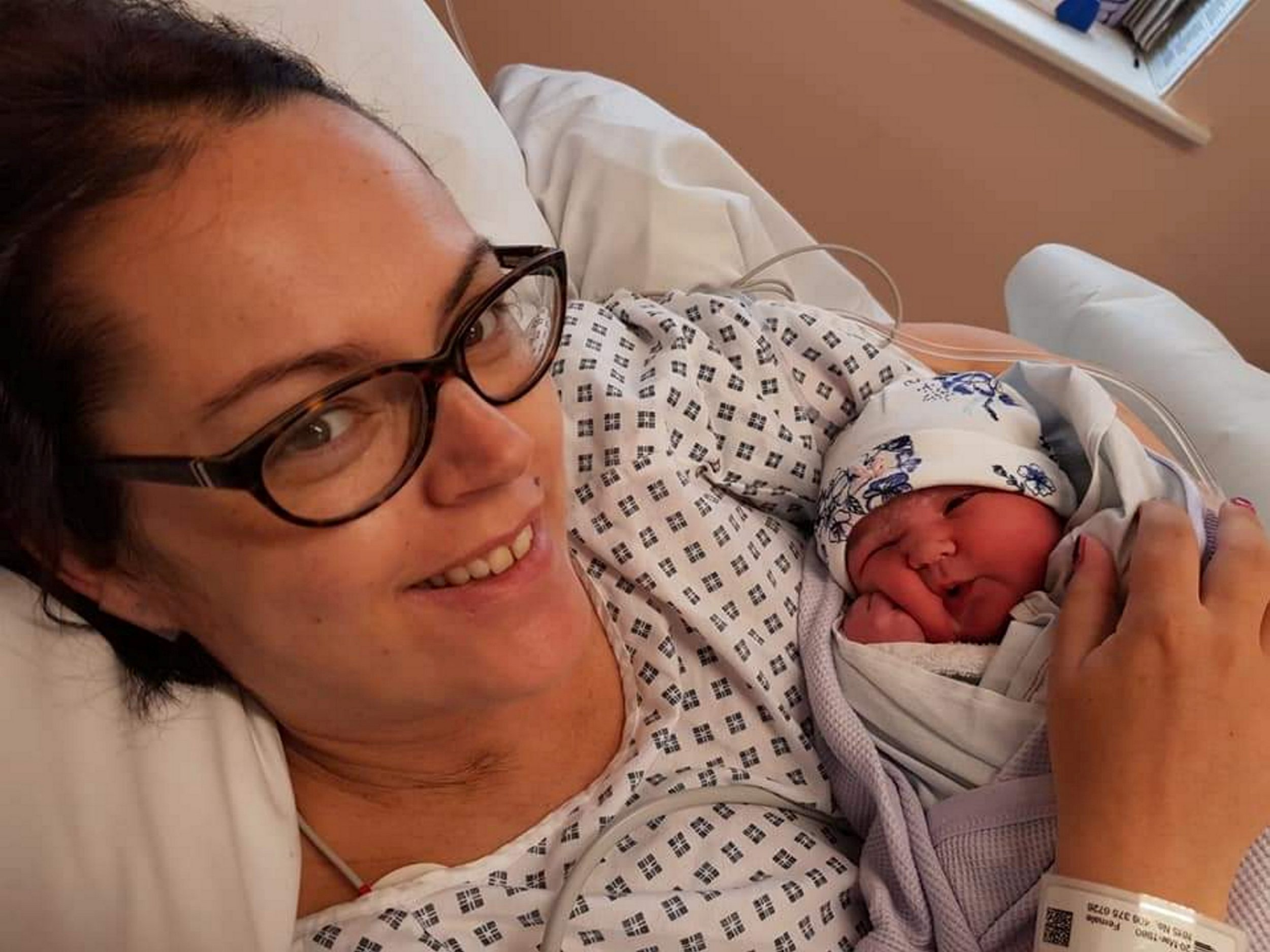 A mum who was told she wouldn’t have any more children after developing leukaemia, has not only beaten the disease but had a ‘miracle baby’ too.

Mother-of-two Ann Hope, 42, always dreamt of having three children to ‘complete’ her family. Sadly, that seemed impossible when she was diagnosed with blood cancer in March 2016.

Doctors told Ann she would need four rounds of gruelling chemotherapy, which would most likely leave her infertile.

The debilitating treatment caused a severe bout of pneumonia and at one point, she was left her fighting for her life in ICU.

Thankfully, Ann eventually recovered, but tests showed her eggs were damaged, and doctors said her only viable option was IVF.

However, when she missed a period, it turned out that Ann had conceived naturally and her ‘miracle baby’ daughter Eden was born in June 2018.

Ann, from Billingham, County Durham, who is also mum to Amy, 24, and Ellis, 13, said: ‘When I got my diagnosis I was just in shock. It didn’t sink in.

‘Before treatment, doctors told me it’s more than likely going to make me infertile, but there was no time to harvest my eggs.

‘It was devastating learning IVF was our only option, because we already knew we didn’t have the money for it. I was gobsmacked when I found out I was pregnant.

‘When Eden was born the following June, I didn’t actually believe she was there. It was so surreal.

‘We tell people she’s our little miracle and it’s made our whole family stronger.’

During the Easter of 2016, Ann lost her voice and found a lump on her neck. She, along with husband Matty, 45, sought out medical advice.

Doctors believed it was laryngitis at first, but Ann was then referred to the throat clinic.

Ann feared the worst as a biopsy was taken and, in the week it took to get results, her condition deteriorated.

Matty, a civil servant, had to carry her into hospital as she was in so much pain that she was unable to eat or drink.

On May 22, 2016, Ann was diagnosed with acute myeloid leukaemia and she underwent her first round of chemotherapy the next day at James Cook University Hospital, Middlesbrough.

‘In a way the diagnosis was nice – because I finally had a name for the illness, so I knew I wasn’t making it up,’ she explained.

‘By this point though, the doctors were telling me I would be dead in 24 hours if I didn’t start treatment right then.’

Doctors told her the treatment would make her infertile but she was so ill that there wasn’t time to stop and harvest her eggs.

The situation then deteriorated. After two days of chemo, Ann ended up in ICU for 11 days with pneumonia.

Her chemotherapy treatment was paused while medics fought the pneumonia.

Ann went through another two rounds of chemo before another setback when she caught a superbug called C.Diff. The treatment was once again paused for another week during the fourth round.

‘This was in October, and I was very ill with that,’ she recalled. ‘It was awful. I just got pumped full of antibiotics for about a week. Then after being recovered from that for a day, I got kidney stones. That was the most painful experience I’ve ever had. I couldn’t believe it.’

Despite the complicated journey, Ann got the all-clear on November 17 after a bone marrow biopsy.

‘Doctors suggested having IVF using a donor egg – which was devastating,’ she said. ‘We already had kids meaning we would have to pay, and we knew we didn’t have the money for it. At this point I was 37. Time wasn’t on my side either.’

The couple put a pause on the subject and got married in August 2017, followed by a honeymoon to Fuerteventura.

While on holiday Ann took pills to stop her period so she could enjoy the break without worrying. While she returned home, her periods didn’t.

‘I went to the hospital and they gave me an ovulating test – despite what doctors thought, it came up that I was ovulating,’ she said.

‘I went straight to Tesco and I bought a pregnancy test and straight away, it was positive. Even after a second pregnancy test, Matty and I couldn’t believe it. I was shocked and very scared at first because I had been told my eggs were damaged.

Against the odds – with Ann having been labelled ‘high risk’ – tiny Eden was born by elective C-section on June 20, 2018.

And despite earlier fears that the tot would be born underweight or very poorly, Eden was healthy and weighed 8lb 4oz.

Adoring parents Ann and Matty called Eden their ‘miracle baby’ and now at the age of four, they truly believe that.

‘It didn’t sink in at first, but it definitely has now,’ Ann added. ‘Her big brother Ellis loves telling everyone how she came to be.’

Ann is now six years in remission and doing well, with the experience making the family stronger.

‘A cancer diagnosis can cause a lot of families to break and I know some who have,’ she noted.

‘But we all stayed strong and we have our miracle little girl despite everything.’

Get in touch by emailing [email protected]

Brittany Mahomes Calls Out Negativity About Transitioning From One Child to Two: ‘Don't Let Other People's Ideas Get to You’
Health News