Home » Health News » Mother-of-five, 37, is ‘paralysed’ every time she moves her head 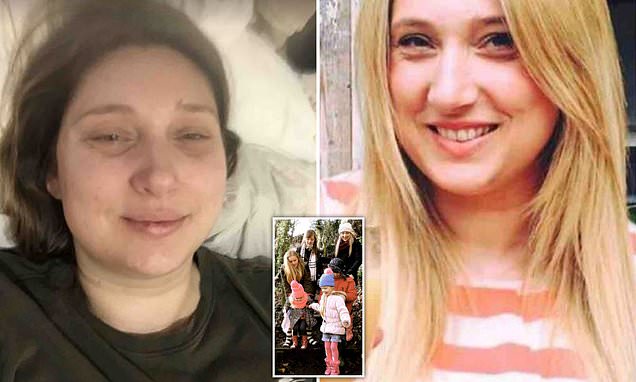 Mother-of-five, 37, is ‘paralysed’ every time she moves her head

Mother-of-five, 37, is ‘paralysed’ every time she moves her head due to nerve damage in her spine and is confined to bed

A woman left bed-bound by crippling conditions affecting the nerves in her spine is desperate for a cure so she can be more than ‘a mother who’s just about existing’.

Leah Smith, 37, from Prestatyn on the north coast of Wales, has a handful of serious conditions which have left her almost completely unable to move.

Ms Smith suffers from crippling headaches, numbness in her face, and spinal conditions which mean moving one part of her body paralyses another part.

The mother-of-five says her symptoms resemble those of a stroke and she is having to pay private doctors to try and get to the bottom of her illness.

And even more concerning is that medics have told Ms Smith her heart is struggling to function and her breathing is deteriorating because she is so weak. 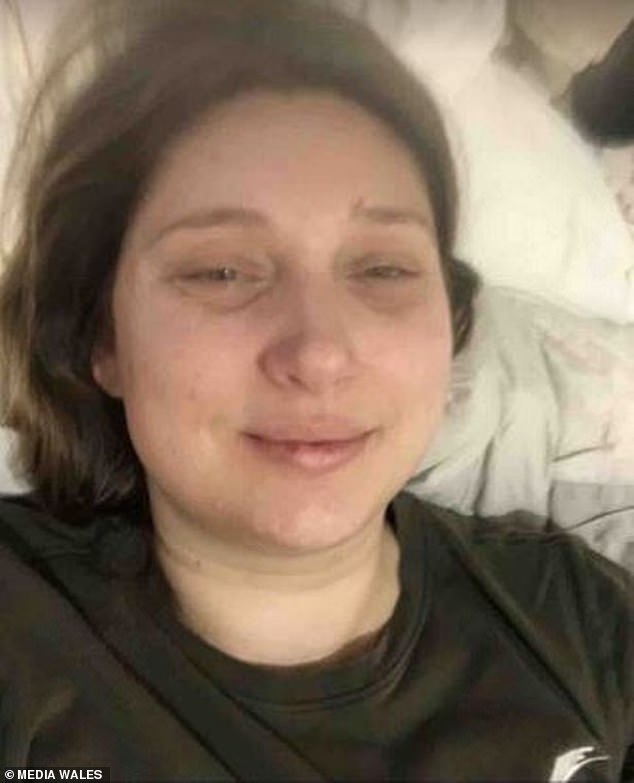 Leah Smith, 37, now struggles to get out of bed because a handful of conditions mean she experiences excruciating headaches when she’s not laid down, and she has numbness and muscle weakness across her body because of illnesses affecting the nerves in her spine 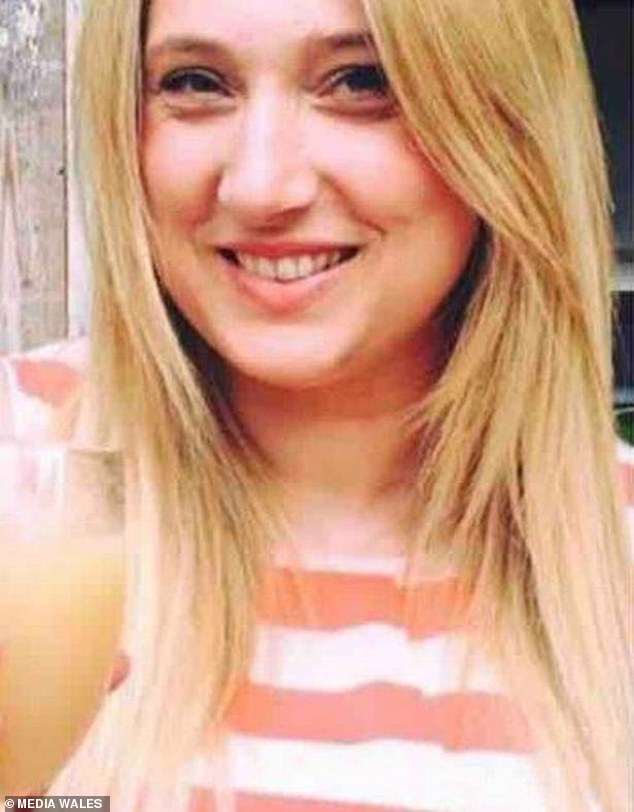 Ms Smith first noticed something was wrong in February last year when she felt symptoms similar to having a stroke – after spending the night in hospital and having a brain scan she was discharged, but the problems kept returning and have got gradually worse

‘Most days I am now fearing for my life,’ Ms Smith told WalesOnline.

‘To fear for your life on a daily basis rocks you to your core, it strips your security, your mental health, your personality, your relationships and so much more.

Ms Smith first noticed something was wrong in February 2017 when she felt like she was having a stroke, so she phoned her mother who rang an ambulance.

Doctors at Glan Clwyd hospital in Denbighshire, North Wales, kept her in overnight and did an MRI scan on her brain but she was soon discharged.

The symptoms had faded away while Ms Smith was in hospital but she felt ill again on multiple occasions over the coming weeks.

‘My legs would go from underneath me and I would get numbness in my ribs,’ she said.

‘Then one day I ended up being admitted because I lost the ability to swallow. That was incredibly scary.’

Ms Smith now has numbness in her mouth and nose and is unable to support her head or turn it to the side without losing movement in another part of her body. 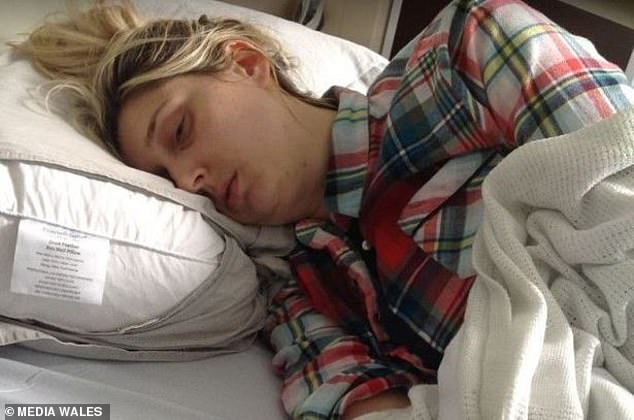 Ms Smith, from Prestatyn in North Wales, said she has been left to be her own doctor and is now raising money on GoFundMe to pay for private doctors’ consultations and hopes to travel to Barcelona for treatment

And she said she has to lie down all day every day because of the excruciating headaches if she sits upright.

Doctors have diagnosed her with spinal cord compression, cerebrospinal fluid leak and atlantoaxial instability (AAI), which is a spinal weakness.

WHAT IS ATLANTOAXIAL INSTABILITY?

Atlantoaxial instability (AAI) is also known as neck instability and is caused by an excess of movement in vertebrae – bones in the spine.

As the discs which make up the spinal cord move they put pressure on nerves inside the spine, which can cause numbness, muscle weakness and tingling.

Nerves are responsible for all movement and feeling in the body and when they are damaged, compressed or broken it can cause serious damage and pain.

AAI can be caused by genetic conditions from birth – people with Down’s Syndrome are susceptible – or, in adults, it can be caused by injury, infection or a chronic illness such as arthritis which damages the tissue surround the bones.

It is not known how many people have AAI but it is ‘very rare’ among people who don’t have a pre-existing condition which could have caused it.

AAI does not cause symptoms in everyone, and can be unnoticed.

Surgery can be used to fuse or stabilise the spinal bones to reduce pain and instability.

Spinal cord compression is a condition in which something puts pressure on the nerves in someone’s spine, which can cause numbness and weakness.

A cerebrospinal fluid leak happens when the membrane surrounding the brain or spine is punctured, and can cause headaches, vomiting and balance problems.

Both of the above can be caused by an injury to the spine or a tumour.

AAI is caused by too much movement between vertebrae in the spine, which also causes symptoms by pressing on nerves.

Ms Smith was given steroids but said she suffered from terrifying hallucinations and regularly saw ‘evil zombie faces’.

She also had a lumbar puncture – a spinal tap used to release fluid – but this worsened her condition and may have been the trigger for the spinal fluid leak.

‘AAI can’t be dealt with in Wales and potentially not the UK at all,’ Ms Smith said.

‘It requires dangerous surgery that takes an experienced – and probably crazy – surgeon to undertake.

‘I’ve come so far on this journey already and there’s no way I’m giving up now. My children deserve more than a mummy who’s just about existing.’

Ms Smith’s children are now being looked after by her family and her ex-husband.

She struggles to carry out daily tasks because she experiences so much pain when gets out of bed.

‘You can’t even call it a headache,’ Ms Smith said. ‘It’s the worst head pain you can imagine.

‘It feels like my brain is being pulled every time I’m not lying down.’ 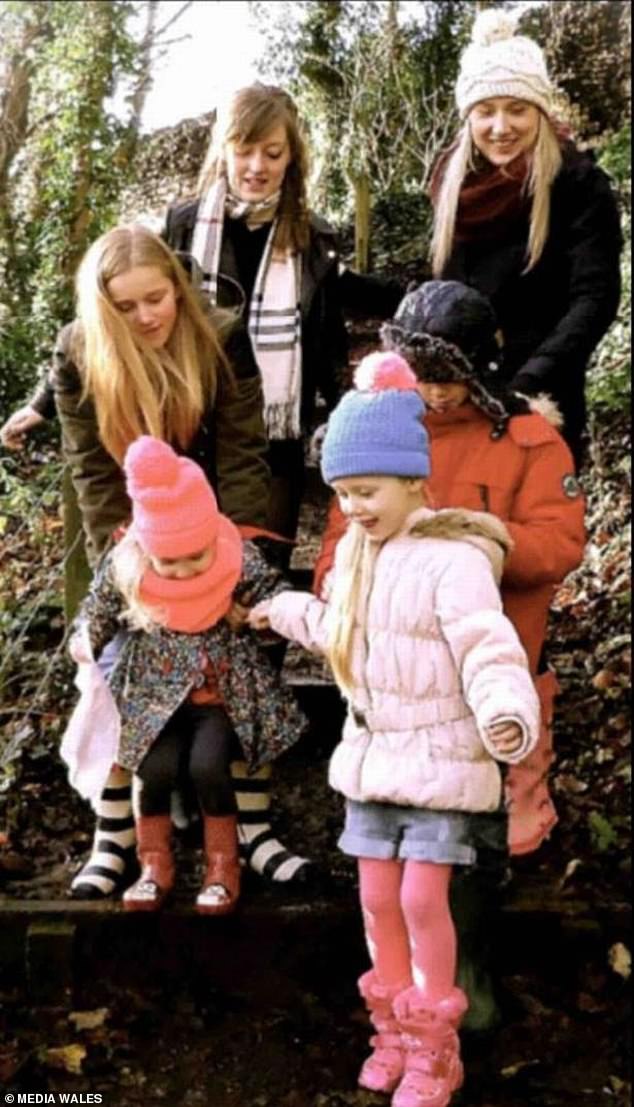 Ms Smith, a mother of five (pictured with her children), said her children deserve more than a mother who is ‘just about existing’ – her family and her ex-husband now look after the children

She has now set up a GoFundMe page in a bid to get more private appointments and find out more about her debilitating conditions.

She believes a specialist team in Barcelona may be able to help with her AAI.

Generous donors have already helped her to raise £2,461 of her £2,900 target, and she says she is now doing her own research into the treatment she needs.

‘I’m 37 years old with no medical training, yet I find myself having to be my own doctor,’ Ms Smith said.

‘Even though I’m in bed 24-7 I’ve been left completely alone to figure all of this out by myself.

‘I have to work out what scans, what specialists, who might be able to help, what move to make next and in what order while being as accurate with funds as possible so as not to waste any money that will hold up the next needed appointment.’

To donate to Ms Smith’s campaign visit her fundraising page.