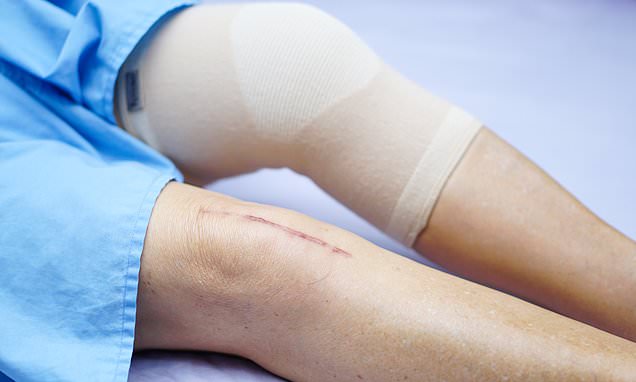 Most modern hip and knee replacements will last for 25 YEARS or more, finds study of more than 200,000 people

Most hip and knee replacements will last for 25 years or more, patients can now be reassured.

A first-of-its-kind study has looked at how long joint replacements lasted in more than 200,000 people in more than six countries.

It will ease the minds of many patients who may fear more surgery down the line because of the risk of infection, fracture or wear and tear.

Surgeons will also have a better idea of the best time to conduct the surgery in an ageing population. 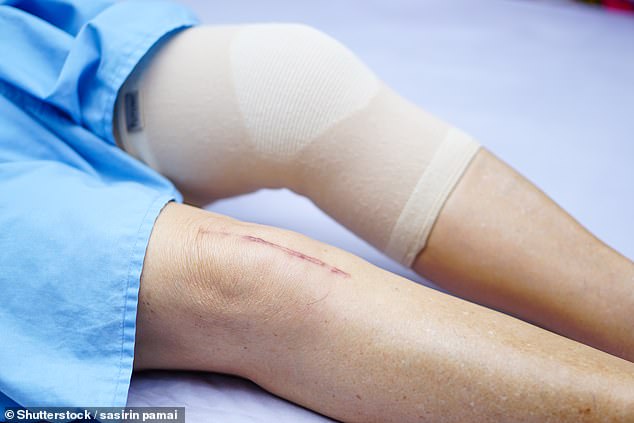 Hip and knee replacements last for 25 years or more, experts are now able to tell millions of patients due to findings from a study at the University of Bristol

‘Over two million hip and knee replacements have been performed in the UK since 2003 and patients often ask clinicians how long their hip or knee replacement will last, but until now, we have not had a generalisable answer,’ said lead author Dr Jonathan Evans, based at Southmead Hospital in Bristol.

‘Previous studies have been based on much smaller samples.

‘At best, the NHS has only been able to say how long replacements are designed to last, rather than referring to actual evidence from multiple patients’ experiences of joint replacement surgery.

‘Given the improvement in technology and techniques in the last 25 years, we expect that hip or knee replacements put in today may last even longer.’

Hip and knee replacements are two of the most common and effective forms of surgery.

Until now, the NHS has only said hip joints are designed to last for 15 years or more – but now doctors may be able to give their patients more concrete hope.

The aim is long-term relief of pain and restoration of function, often for sufferers of osteoarthritis, which affects around a third of people aged over 45 in the UK.

But knee and hip replacements fail for a variety of reasons, including loosening, infection, persistent pain, and instability.

WHAT IS HIP REPLACEMENT?

A hip replacement is a routine operation carried out around 175,000 times a year in England, Scotland and Wales.

People are usually referred for a hip replacement when their natural hip joint – where the thigh bone connects to the pelvis – has worn away or become damaged and is causing pain or disability.

Most commonly this happens as a result of arthritis, in which cartilage around the joint is weakened or damaged and the bones grind against each other.

Hip replacement surgery involves sawing off the head of the thigh bone – the femur – and the hip socket (the acetabulum) and replacing them with a metal or ceramic ball and socket connected to the skeleton.

Most procedures are carried out on people between the age of 60 and 80.

It can be done on younger patients but the artficial joints are only built to last for around 15 years, with multiple replacements becoming progressively more difficult and less successful.

The operation usually takes around 60 to 90 minutes and involves spending a few days in hospital.

In around 10 per cent of hip replacements, the new joint can feel unstable and loose, and in three per cent of cases, the hip joint can come out of its socket while the hip is healing, according to the NHS.

Frustratingly, many patients end up needing more surgery and revision over the joint’s lifetime, which may only worsen their problem.

The authors of the study, led by the University of Bristol, said: ‘In the UK, in 2016, the typical patient requiring knee replacement was aged 69 years.

‘Given enough time, all knee replacements will fail and need to be revised. Revision is expensive and results in worse outcomes than primary surgery.’

The data came from Australia, Denmark, Finland, New Zealand, Norway and Sweden – countries which hold more than 15 years’ worth of figures.

The findings of the study, funded by the National Joint Registry, from the Musculoskeletal Research Unit at the University of Bristol, show that of the total hip replacements, 89 per cent were found to last 15 years.

There is considerable variation in how long different designs of hip and knee replacements last – including the materials used and how they are fixed – and these factors were accounted for in the study.

The only other option for the incurable degenerative joint disease osteoarthritis is medication to alleviate symptoms, leaving up to 8.75million people crippled in pain, according to Arthritis Research UK.

Can we repair the brain? The promise of stem cell technologies for treating Parkinson’s disease

Caution: risk for heart patients – the manufacturer calls back 157.000 pacemaker in the world
Health News