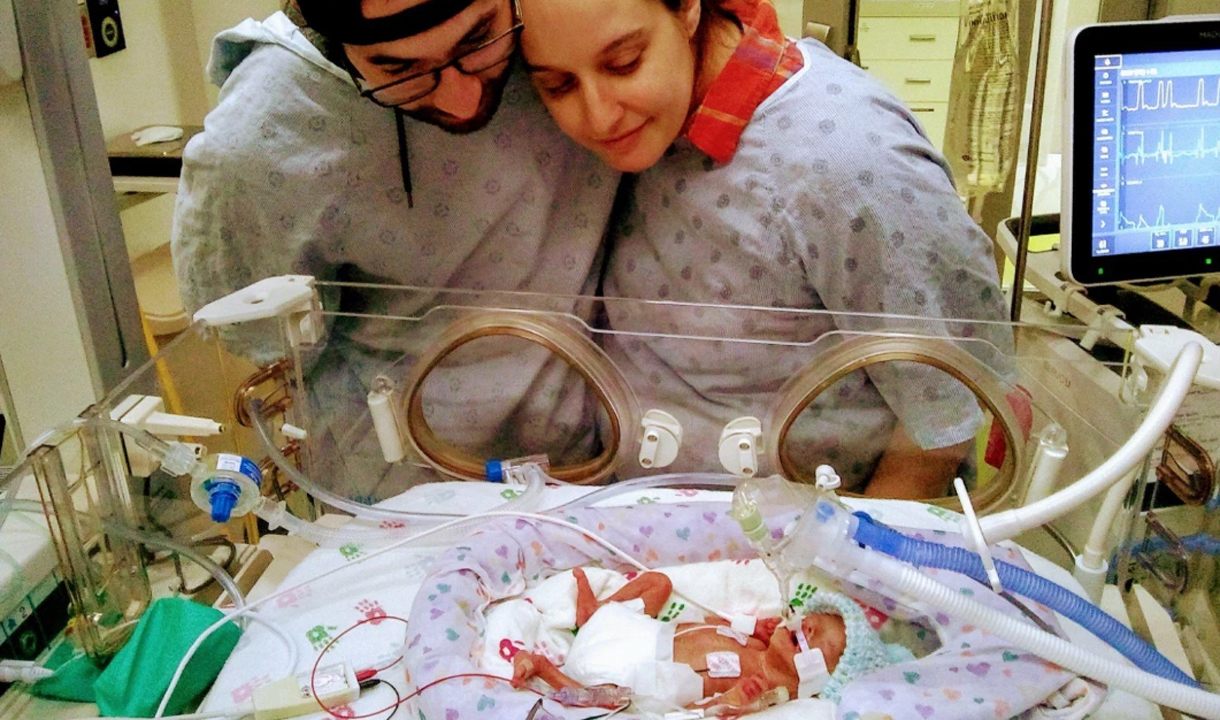 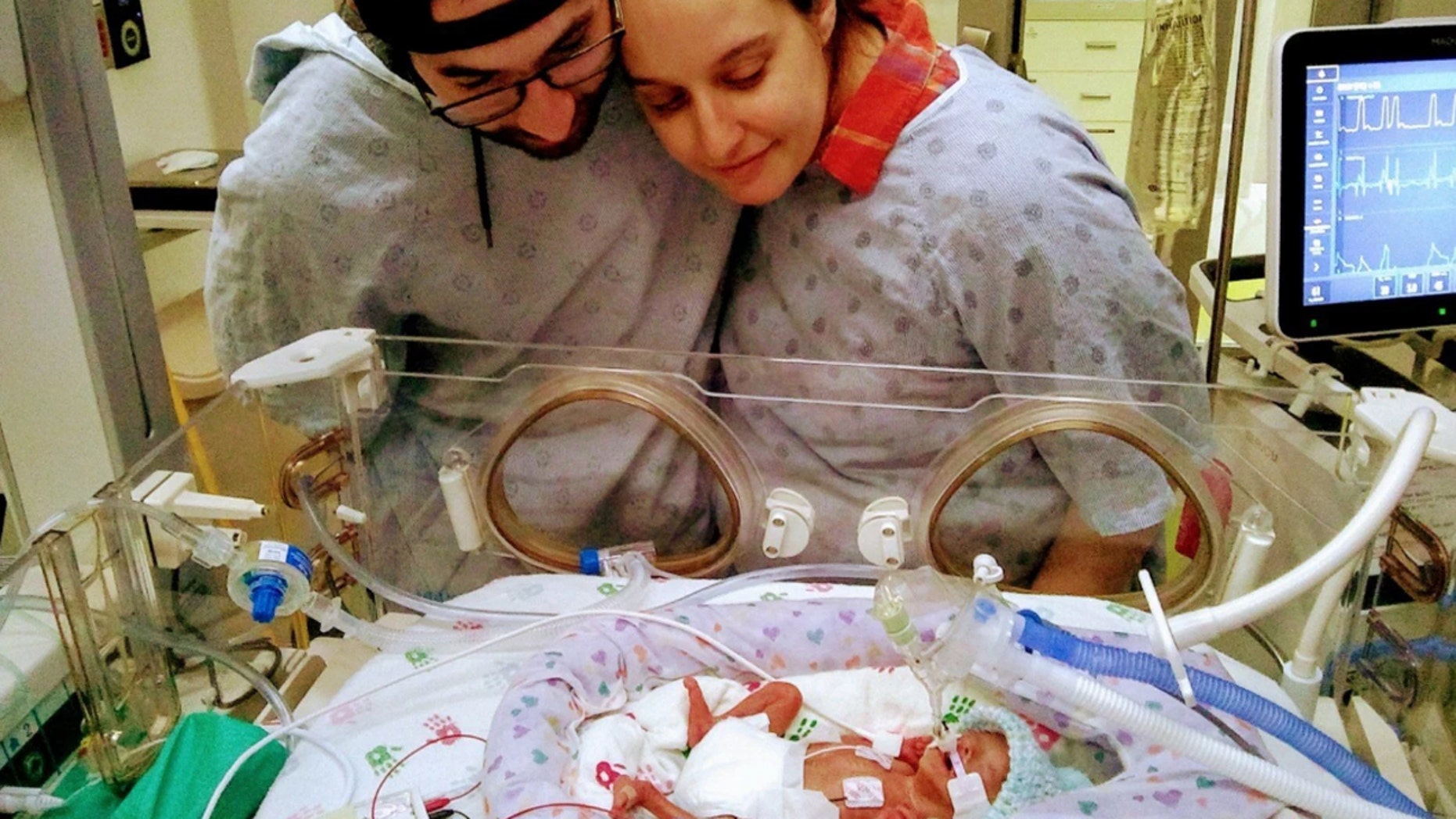 Parents Daniel Breyts and Jess Novac with their son, Rowan, who was given a slim chance of survival, but turned around against all odds.
(FOX 59)

An Indiana couple is thankful for the miracle of life after their son was given a grim chance of survival — only to fight against the odds.

Daniel Breyts was told to start preparing for his newborn's funeral before he was able to hold his son, Rowan, who was born three months early and suffered from Necrotizing Enterocolitis (NEC), an aggressive infectious disease that attacked his intestines.

"Without a small intestine, he could never eat. He would never grow. He was too small to hope for a transplant. It was a death sentence," Breyts said of the diagnosis. "We kissed him and cried, telling him how much we loved him and wished there was something we could do."

The couple spent as much time with him as they could, offering him kind words and apologies through tears, but instead of getting worse, Rowan's condition improved.

We watched as our baby fought for his life.

"Jess and I spoke at length and decided that he wasn't giving up…neither would we," Breyts said. So they contacted Riley's Children Hospital in Indianapolis which offered to take his case and even mentioned the possibility of a transplantation of his intestines.

Four days later he went into surgery, and the doctors had some shocking news.

“She told me they saw a lot of pink viable intestine, which was the exact opposite of what we had been told,” Breyts said.

After seven months in NICU, Rowan was able to make his first trip home of his life. 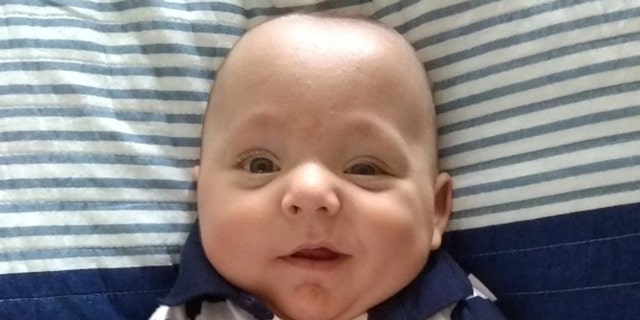 Rowan Breyts was born weighing a little more than one pound with almost no chance of survival, but today he is thriving.
(FOX 59)

“Seeing him myself and knowing where he came from as far as how small he was and the issues that he had, in my heart he is a miracle,” Breyts told FOX 59. “He’s an honest-to-God miracle.”

At birth, Rowan weighed a little over a pound and was about the size of his mother's hand, but today, he is 13 pounds, 9 ounces and getting bigger and healthier each day.