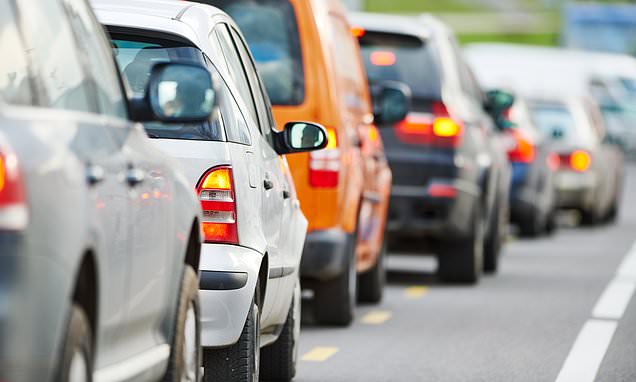 Millions of patients are having to breathe toxic air in order to see their GP, a study has found.

A third of English people are registered at NHS surgeries in areas that breach global air pollution limits.

London has the highest number of people patients in polluted areas, but some of the worst affected areas were much further out.

It raises concerns for vulnerable people who are en route to see a doctor, especially those with asthmatic problems.

The Government is already under pressure to immediately tackle alarming pollution levels, which are estimated to cause 40,000 premature deaths a year in the UK. 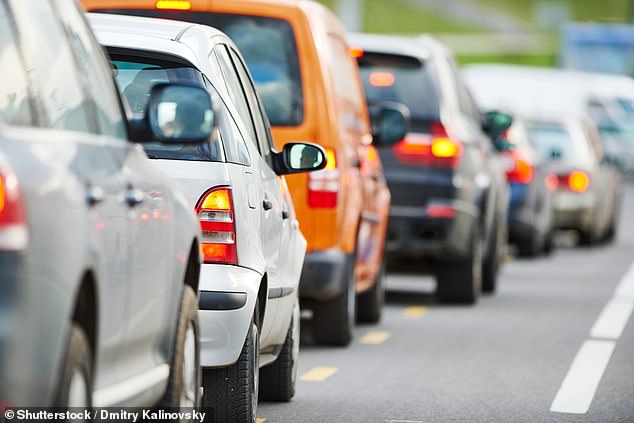 Millions of patients are having to breathe toxic air in order to see their GP, a study has found

Nearly 18million patients are registered at surgeries in areas that exceed the World Health Organization (WHO) annual limit for PM2.5 air pollution, the report from UK100, a network of council leaders that campaigns on environmental issues, found.

PM2.5 refers to particles 30 times smaller than the average human hair, small enough to easily and quickly penetrate deep into the lungs, and enter the bloodstream.

Exposure has been linked to heart disease, stroke, lung cancer, cardiovascular disease, with emerging evidence showing impacts on low birth weight, diabetes and neurodegenerative diseases such as Alzheimer’s and Parkinson’s.

London has by far the biggest numbers out of all regions – with 7.5million patients attending a surgery that breaches WHO air pollution limits, representing three quarters of the GP population.

This is followed by East Midlands and East of England, with the North East in last position, with 0 per cent of patients.

Birmingham has the most numbers of patients at toxic GP surgeries in one authority, with nearly half a million patients registered in areas that exceed WHO air pollution limits.

This is followed by a number of London boroughs including Lambeth, Newham and Wandsworth.

Polly Billington, UK100 director, said: ‘GP surgeries in Barrow in Furness, Lowestoft, Penzance, Ipswich and Portsmouth have the worst levels in the country of pollution.

‘Some of the most vulnerable groups of people including young children and older people will walk to their GP, often to get help with respiratory conditions like asthma and bronchitis.

‘We need urgent action from the Government with a new Clean Air Act passed by parliament to tackle toxic fumes.’

The UK’s air pollution was labelled a ‘national embarrassment’ in September.

Figures for 2017 showed 37 out of 43 air quality zones across the UK had illegal levels of nitrogen dioxide pollution, the same number as the previous year.

Annual average levels of the pollutant from exhaust fumes fell in most places, figures from the Government and environmental law charity ClientEarth revealed.

But levels are still more than double the legal limit in Greater London and also well over the limit in areas including South Wales, West Midlands, Glasgow and Greater Manchester.

Brighton, Worthing and Littlehampton in West Sussex – an area declared as legal in the previous year – crept up to just below the threshold again, the statistics show.

The UK has been breaching EU pollution limits for nitrogen dioxide, much of which comes from diesel vehicles, since the rules came into effect in 2010.

Air pollution causes an estimated 40,000 premature deaths a year in the UK and is linked to health problems from childhood illnesses to heart disease and even dementia.

The research is being published ahead of a major Clean Air Summit being hosted in London on 14 February to be attended by the London Mayor Sadiq Khan.

Mr Khan said: ‘Our toxic air is a national health crisis, contributing to tens of thousands of premature deaths across the UK every year.

‘Air pollution harms the lung growth and respiratory health of our children, and is also linked to asthma, cancer and dementia.

Penny Woods, chief executive of the British Lung Foundation, said that it was ‘just not acceptable that nearly 18 million people are breathing unsafe levels of air pollution when seeking medical care from their GP’.

Toxic fumes from cars, vans, wood burners and industry are killing around 700 people a week, more than diabetes and road deaths combined, and costing the NHS £20bn, according to Ms Billington.

The UK is currently meeting legal limits for PM2.5 because our legal limits, derived from EU regulation, is more than twice as high as the WHO recommendation for the annual average.

This year the Government will establish what action is needed to meet the WHO limit of 10g/m3.

Ms Billington said: ‘We can’t afford not to act, and we need national Government to step up. Some local areas are acting, with clean air zones proposed in Bath, Birmingham, Leeds, Leicester, Manchester, Sheffield and York, a zero emission zone in Oxford; and an ultra low emissions zone will be put in place in London from April.

‘But councils need funding – an extra £1.5bn could support their residents and businesses to switch from older polluting vehicles into public transport, low emissions vehicles, cycling and walking.’