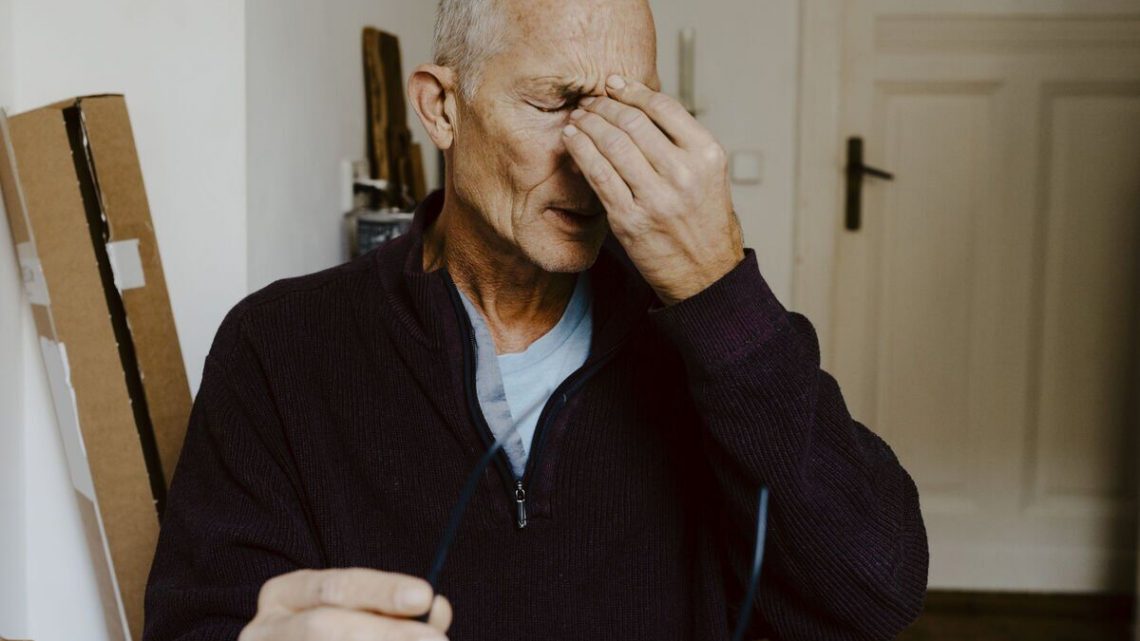 Vitamin B12 is an essential micronutrient that the body relies on for nervous and neurological functioning. Because the body stores enough of the nutrient to sustain its needs for years, symptoms of a deficiency can be slow to develop. Failure to correct the condition early, however, can pave the way for further complications like pancytopenia.

In 2019, the Journal of Medical Cases outlined the case of a 58-year-old who presented to an emergency room after suffering six weeks of “progressively” worsening symptoms.

The male’s chief complaints were worsening dyspnea on exertion, and fatigue, but he also reported intermittent bouts of chills and a 15-pound weight loss which was attributed to poor appetite.

The patient, who had a medical history of iron deficiency, gout and osteoarthritis, denied any hazardous behaviour like smoking.

Other signs of bleeding, like nosebleeds, melon and hematuria, were all absent, however.

One characteristic of the patient’s case which jumped out to doctors was the presence of pancytopenia.

The condition, where the body has too few red blood cells, white blood cells and platelets, is not frequently observed in vitamin B12 deficiency.

According to St Jude Children’s Research Hospital, it can lead to life-threatening symptoms that affect the entire body if left untreated.

When the blood platelets are affected, complications tend to include excess bleeding and an increased risk for infection if white blood cells are affected.

These complications usually strike as a result of oxygen shortage or immune system problems.

The authors noted: “Pancytopenia occurs in cases of severe vitamin B12 deficits that are sustained over time.”

How does vitamin B12 develop?

The patient was not vegetarian or vegan, which suggests the cause of his weight loss was related to malabsorption of B12.

Once stored in the liver, vitamin B12 stores are generally large enough to supply adequate levels for over five years.

This is why symptoms of vitamin B12 are notoriously slow to develop.

When a shortfall of B12 does occur, a person will likely experience symptoms like glossitis, neuropathy and cognitive dysfunction first.

Classically, the neuropathy in vitamin B12 deficiency manifests as symmetric paraesthesias, numbness or problems with ambulation. The legs are affected before the arms.

In most cases, these complications can be avoided by ensuring you’re getting enough vitamin B12 from the diet.

Where malabsorption is the cause, however, patients may require vitamin B12 infections or supplementation for support.

Asian Children Most Likely to Be COVID Vaccinated
Health News