Home » Health News » Lung cancer: The warning sign at the ‘back of the throat’ – doctor on ‘atypical’ symptoms 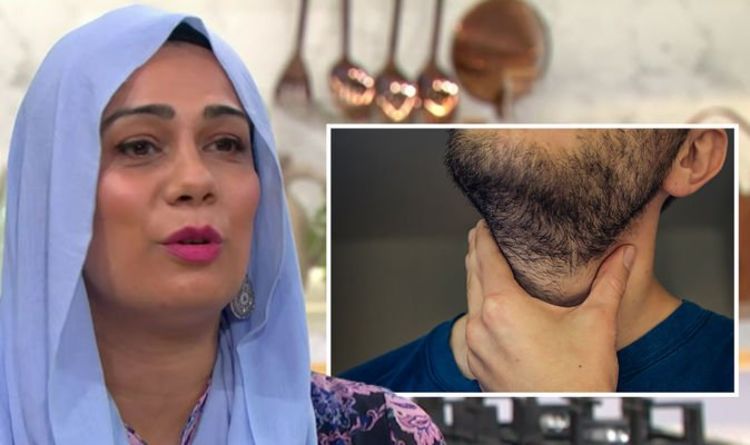 Lung cancer: The warning sign at the ‘back of the throat’ – doctor on ‘atypical’ symptoms

Lung cancer: Signs and symptoms to look out for

Lung cancer is one of the most common and serious types of cancer. Your odds of survival depend on when the cancer is diagnosed. Yet the pandemic has dramatically set back progress on this front. Cancer was being detecting at an encouraging pace and then the pandemic hit, lamented Doctor Nighat on ITV’s This Morning. This resulted in less access to doctors and appointments moving to telephone consultations, the doc said.

What’s more, “the picture of the symptoms of lung cancer got mixed up with Covid,” she said.

Speaking on ITV’s This Morning, the doc highlighted the “atypical” symptoms of lung cancer to be aware of.

“Some people, particularly women, get atypical symptoms,” she explained.

A cough that is “tickling away at the back of the throat”, is an atypical red flag of lung cancer, Doctor Nighat warned.

According to the TV doc, other atypical symptoms include:

Are you at risk?

There are a number of risk factors that contribute to the development of lung cancer.

Having any of the risk factors doesn’t mean that you will definitely get cancer.

“If you know you’re a smoker or work in dusty environments or have worked with asbestos in the past, that puts you at a higher risk,” warned Doctor Nighat.

According to the TV doc, research says it is not genetically linked but if you have a relative that has lung cancer it is worth flagging with your doctor as it helps to form an overall picture.

“Your risk of lung cancer is higher if you have a close relative (such as a parent or sibling) who has had lung cancer,” says Cancer Research UK.

According to the charity, researchers are currently looking at how our genes could affect our risk of lung cancer.

Research suggests that being exposed to diesel fumes over many years increases your risk of developing lung cancer.

According to the NHS, one study has shown your risk of developing lung cancer increases by around 33 percent if you live in an area with high levels of nitrogen oxide gases (mostly produced by cars and other vehicles).

This clearly indicates that the risk depends on the levels of air pollution you are regularly exposed to.

The exposure to outdoor air pollution is estimated to cause around one out of 10 (10 percent) lung cancer cases in the UK.

Radon gas – a naturally occurring radioactive gas that comes from tiny amounts of uranium present in all rocks and soils – may also raise your risk.

“The highest levels are in south west England but higher than average levels may be found in many other parts of the UK,” explains Cancer Research UK.

The charity continues: “Exposure to radon causes a small number of lung cancers in the UK. The risk increases if you smoke.

“So, it’s even more important to stop smoking if you live in a high radon area.”