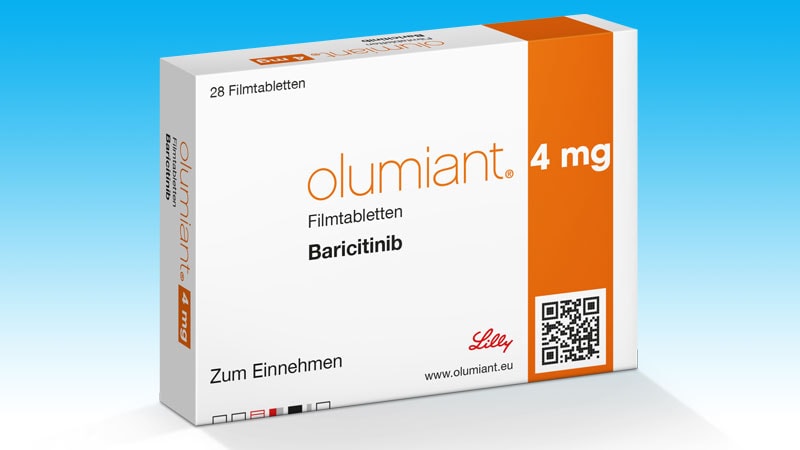 Lilly Calls It Quits on Baricitinibs Development for Lupus

Lilly said that the primary endpoint of the SLE-BRAVE-I trial, the proportion of adults with active SLE who met criteria for response on the SLE Responder Index-4 at week 52, was significantly greater among patients treated with 4 mg baricitinib daily than with placebo. However, this endpoint was not met in SLE-BRAVE-II, and no key secondary endpoints were met in either trial. In the announcement, Lilly noted that safety was not a reason for discontinuation because data from these trials were consistent with those previously seen with baricitinib.

The company statement said that it will work with investigators on concluding the combined long-term extension study of the trials.

Baricitinib, a Janus kinase (JAK) inhibitor, had previously shown promising results in a phase 2 trial in patients with SLE. It is approved by the U.S. Food and Drug Administration for treating adult patients with moderately to severely active rheumatoid arthritis who have had an inadequate response to one or more tumor necrosis factor blockers at a dose of 2 mg once daily and has an emergency use authorization for the treatment of hospitalized patients with COVID-19.

The decision to stop baricitinib’s development for SLE will not affect other research efforts with the drug, the company said.

Lilly also noted that it is in discussion with the FDA about the status of a supplemental new drug application of baricitinib for the treatment of adults with moderate to severe atopic dermatitis (AD).

In its press release, Lilly said, “At this point, the company does not have alignment with the FDA on the indicated population. Given the agency’s position, there is a possibility that this could lead to a Complete Response Letter (CRL). The efficacy and safety profile of Olumiant was evaluated in eight atopic dermatitis clinical trials (six double-blind, randomized, placebo-controlled studies and two long-term extension studies) inclusive of patients whose disease is not adequately controlled with topical prescription therapies or when those therapies are not advisable. The safety profile in these trials was consistent with previously published Olumiant data.”

Baricitinib was the first JAK inhibitor approved to treat patients with moderate to severe AD who have an inadequate response to topical treatments in the European Union and Japan.

The Lilly announcement was made with Incyte, the company that discovered baricitinib.

This article originally appeared on MDedge.com, part of the Medscape Professional Network.