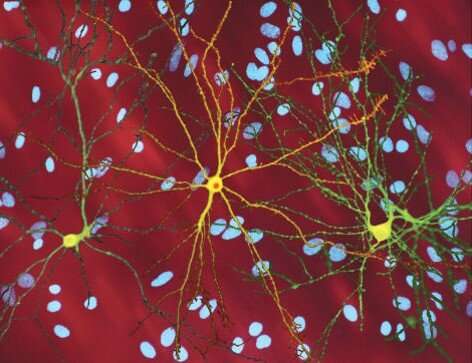 Huntington’s disease is a hereditary neurodegenerative disorder caused by a gene on chromosome 4 that affects a very important area of the brain, the striatum. People are born with the defective gene but symptoms do not appear until the age of 30 or 40. This disease, in addition to motor impairments, cognitive and affective problems, also involves changes in language. A study shows that the first symptoms of the disease are revealed through linguistic changes in spontaneous speech.

This is revealed in a study published in Journal of Communication Disorders by Antonia Tovar as first author, led by Wolfram Hinzen, ICREA research professor, both researchers with the Department of Translation and Language Sciences at UPF, involving researchers from the universities of Paris-Saclay (Orsay, France), the UAB, the UB, together with the Hospital Mare de Déu de la Mercè in Barcelona and FIDMAG Sisters Hospitallers Research Foundation (Barcelona).

“Linguistic impairments in Huntington’s disease arise before the onset of motor impairment and even when neuropsychological tests prove normal. This suggests that language may be a biomarker for the progression of Hungtinton’s,” Tovar and Hinzen explain.

In addition to showing that linguistic impairments in Huntington’s disease arise before the onset of motor impairment, the authors have sought to characterize the nature of these specific changes in Huntington’s disease. Thus “language needs to be assessed as a multi-dimensional construct organized at multiple levels (phonology, morphology, syntax, semantics, discourse), which are re-fitted together into an integrated functional whole,” the authors point out. 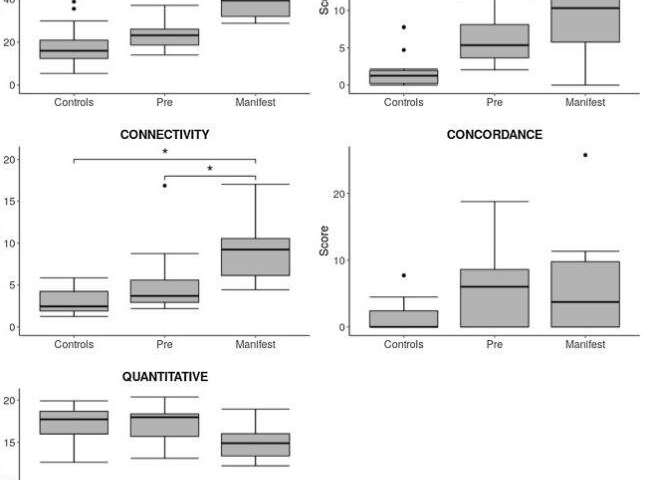 To study the language profiles of Huntington’s disease, the authors designed an experiment with 20 HD gene-carriers, all native Spanish speakers; 10 in the early stages of the disease and another 10 with pre-manifest Huntington’s disease, and their respective neurotypical controls not carrying the gene, and compared them regarding the structure and function of language in spontaneous speech. The researchers also studied the relationship between language and non-linguistic cognitive impairment.

“This disease is generally accepted to begin with the onset of motor symptoms, but we have found differences in the language profile of subjects without motor symptoms,” says Tovar, first author of the article.

In addition to proving that in Huntington’s disease linguistic changes precede other cognitive and motor impairments, it has been shown that language impairments are in the areas of basic grammar organization and cannot be detected with standard neurocognitive tests. This study is important because it has managed to capture subtle changes in the patient’s linguistic profile that could not be detected using the tests generally conducted in this population.

The results showed that while the patients mentioned have “pauses” in their speech, at the beginning of Huntington’s disease they tend to be filled through prolongations and repetitions. Therefore, the study provides further support for the disintegration of language in Huntington’s disease and contributes to a more detailed and differentiated profile of the linguistic phenotype of the disease.

How the brain detects fine differences

Where to buy cheap alli australia without prescription
Health News