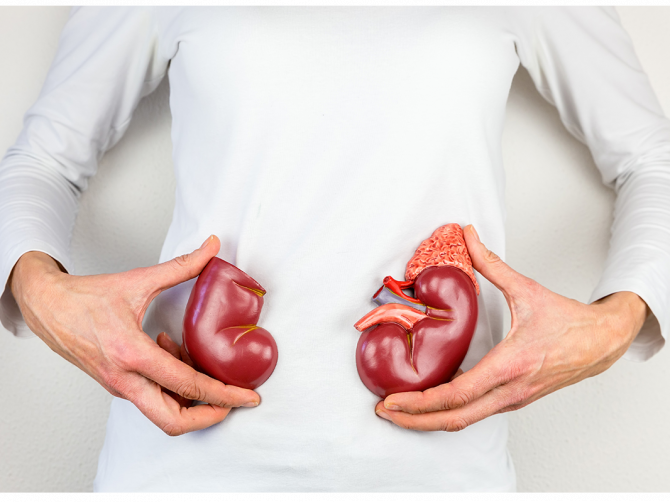 Urology deals with the treatment of diseases of the genitourinary system in men, women and children. The first stage of diagnosis. It is laboratory and instrumentalnoy. Consider the main laboratory diagnostic methods in urology.

Urolithiasis, pyelonephritis, cystitis, renal colic, and dozens of other diseases, the competence of urology. Indications for referral to a specialist-a urologist varied: urinary incontinence, pain when urinating, problems in sexual relationships and reduced libido in men, lower back pain, swelling.

And since the spectrum of urological problems broad enough, the first thing that begins the conversation of the urologist with the patient, it is the purpose of the respective analyses. Their results give the user a General understanding of the problem and are the main reference for the appointment of proper treatment. What laboratory tests appoints the urologist in the first place?

The normal daily intake of urine person – 1-1,5 liters. For problems of the genitourinary system indicates a greater or smaller quantity of urine. In the analysis pay attention to its color, acidity, determine the content of substances. Thus, increase in white blood cells tells about chronic or acute inflammation, increase of white blood cells can be due to the admixture of secretions from the vulva, when they are inflammation.

Method of sampling: collect a morning urine sample because it is considered the most informative (the kidneys are working in a quiet mode without excessive water load). In the morning portion more likely to see the presence of bacteria, salts, etc. When conducting urinalysis pay attention to the following indicators:

Examination of the urine sediment

Urine sediment is divided into organized (it includes elements of organic origin erythrocytes, leukocytes, epithelial cells, cylinders and other) and disorganized crystals, amorphous salts and other. As a rule, identify bacteria using bacteriological tests. However, recent years increasingly for the detection of bacteria, viruses and yeasts using the technique of polymerase chain reaction. This is a unique tool in molecular biology that allows you to identify areas of DNA or RNA that are characteristic only for a certain type of microorganisms. If such microorganism in the urine not, the test shows a negative result. This is a sensitive method for the determination of specific DNA or RNA, which can detect them even with tiny concentrations of just a few molecules!

Urological diseases a blood test is needed to identify the content of leukocytes and leukocyte formula, number of erythrocytes, hemoglobin, platelets, prothrombin, increased erythrocyte sedimentation rate (ESR). Any deviation from the norm of each component of blood is estimated from the position of age norms and gender, which is especially important when testing children.

Method of sampling: blood sampling is performed from the ring finger. To avoid the possibility of falsely high numbers of white blood cells before blood delivery it is impossible to eat.

Necessary for the determination of neonatal bilirubin, total protein and its fractions, cholesterol, glucose. Deviation from normal values in either direction indicates the presence of diseases of the genitourinary system. Aimed at identifying the content of urea and creatinine in the serum of the result obtained gives an indication of the total renal function.

In various laboratories, there are differences in units of measurement, so the figures obtained need to be the correct interpretation of a professional doctor. It needs to focus not only on research data, but also on complaints of the patient and these symptoms.

Method of sampling: blood sampling is performed in the morning from Vienna and only on an empty stomach. After-meal blood sugar always goes up in addition can occur in hemolysis of the blood in vitro due to the presence of a dispersion of fat after a meal. Blood some types hormones pass at 7-8 am, when reaching the peak of its physiological concentration. This set of analyses aimed at identifying systemic disease of an autoimmune nature, among which and rheumatic pathology. Also rheumatology test detect cancer at initial stages and inflammatory processes in the body. The complex includes the following parameters: total protein and albumin, C-reactive protein (CRP), circulating immune complexes (CIC), rheumafaktor (RF), antistreptolysin-O (ASL-O), and uric acid. A deviation from the norm of any of the indicators may indicate progressive disease, and not only from the sphere of urology.

Method of sampling: blood samples for analysis in rheumatology test is carried out on an empty stomach between the last meal and taking blood must pass 8-12 hours. You can drink the water. Tea, juice, and coffee is not acceptable.

The purpose of the analysis to determine the functional state of the kidneys, which are the main body displays the body of creatinine, urea, uric acid, indican, purine bases. These substances together constitute the residual (labelcopy) nitrogen. The norm of its content in the serum of 20-40 mg% and with severe renal failure its concentration can reach 200-300 mg%.

Also about the condition of the kidneys, says the creatinine level: in a healthy person, its content is in the range of 1-2 mg%, in renal failure can reach 8-10 mg% or more.

Method of sampling: Urine was collected over a period of time (1 or 2 hours) separately for each kidney by catheterization of the ureters.

In the case when these tests do not provide a complete picture of the patient’s condition, the specialist may prescribe additional study. It can be these tests: the prostate specific antigen, semen, scrapings from the urethra for STIs by PCR in men, and several others.