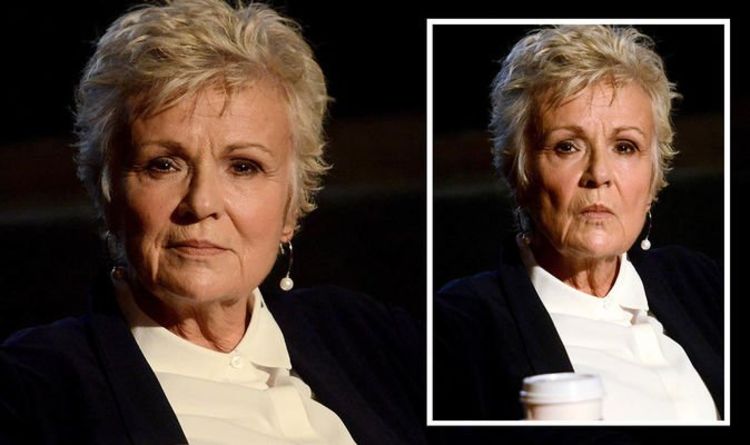 Despite having gained huge amounts of success on both the stage and screen, the Harry Potter actress started to contemplate her future within the entertainment industry after she was diagnosed with stage-three bowel cancer. Sitting down to speak with the journalist and I’m A Celebrity… Get Me Out of Here! former campmate Victoria Derbyshire, Walters confessed to her “shock” after receiving the diagnosis, admitting that she thought doctors had initially made a mistake.

Doctors were able to conclude that the actress had cancer after finding an abnormality within her intestine. Yet originally, Walters had sought medical advice after suffering with indigestion and “slight discomfort”, which worryingly turned into severe stomach pain, heartburn and vomiting.

After receiving the diagnosis, Walters’ thoughts immediately turned to her late friend Victoria Wood, who passed away from cancer in 2016.

Speaking to The Times Saturday Review, Walters reflected on her diagnosis and what was going through her mind.

“Part of me was going, ‘Oh my God! I’ve got cancer! Oh my God!’ And I’m dealing with the shock of that, and it’s all systems go to have it treated,” the actress said.

“But there was also an element of going, ‘I don’t have to do any more work. I can actually get off this treadmill.’

“Because I had been working really hard and it seemed like a big excuse not to do anything. Cancer trumps everything. So there was a huge relief in it, which is strange. But I needed something to stop me.”

The BAFTA-winning actress’ confession initially seems like a shock, but the star went on to explain how draining the industry can be for her. In fact, her job causes her so much stress, she even thought that it was the cause of the cancer.

“Acting caused it,” Walters said. “Because of the way that I approach it [acting]. I have to be totally in it. Everything has to be just so.

“It’s very stressful. You’re immediately above the parapet. You’re being judged. It’s a stressful job and I don’t sleep when I’m working. It’s not good for me.”

The UK’s largest charity for bowel cancer, Bowel Cancer UK, explains that the condition can also be known as colorectal cancer, and it usually affects the large bowel which is made up of the colon and rectum.

Most bowel cancers develop from a pre-cancerous growth known as a polyps, however it is important to note that not all polyps develop into cancer.

Due to the organs and location of the cancer, symptoms can initially seem embarrassing, but the charity urges individuals not to ignore them, as detecting bowel cancer early is better for treatment.

Symptoms can include the following:

For Walters, who was diagnosed with stage-three bowel cancer, the disease had spread to nearby lymph nodes, but had not infected any other organs or body parts, with the two primary tumours located in her large intestine.

Sometimes, a tumour can block the bowel, causing sudden strong pains in the stomach area, bloating and feeling or being sick. You may also be unable to empty your bowels or pass wind. This is called a bowel obstruction.

Walters soon had an operation to remove 30cm of her lower intestine, followed by chemotherapy, the most common treatments typically used for the condition.

The NHS explains that despite the success of treatments, getting a complete cure is not always possible, with individuals sometimes at risk of the cancer returning at a later stage.

For Walters, the surgery changed her outlook on life. After featuring in her last film to date- The Secret Garden- the actress was left struggling so badly that a number of her lines had to be cut from the production, and a body double was used for certain group scenes.

She told The Times: “I thought, ‘I don’t want to work again, unless it’s another Mamma Mia’,” going on to say that The Secret Garden could “possibly” be her last film.

In lighter news however, she told Derbyshire that after her surgery “everything is fine”.

For individuals who have had bowel cancer, hospitals often offer support services, with healthcare teams offering regular follow-up appointments to check how you are coping both physically and emotionally.