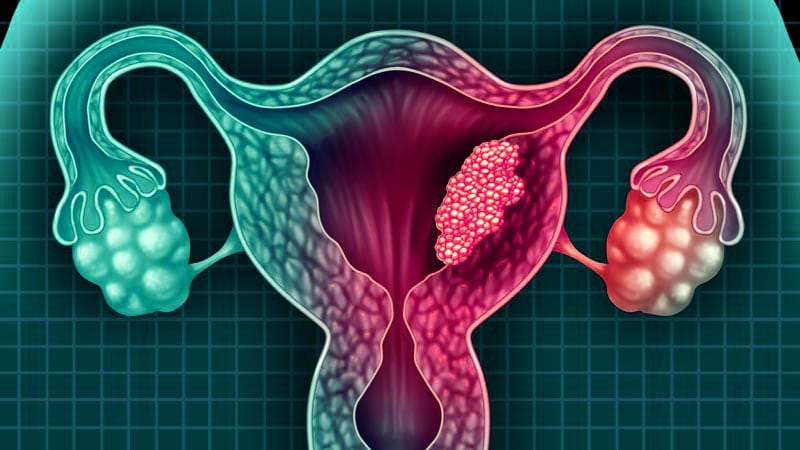 Postoperative radiotherapy is a mainstay in the treatment of endometrial cancer, but the typical 5-week regimen can be time consuming and expensive. A pilot study found that delivery of approximately the same dose over just two and a half weeks, known as hypofractionation, had good short-term toxicity outcomes.

It isn’t yet clear if the protocol will be as effective as the standard course, and long-term side effects may still be an issue.

Nevertheless, shortening the duration of radiotherapy could have benefits, especially in advanced uterine cancer, where chemotherapy is employed against distant metastases. Following surgery, there is a risk of both local recurrence and distant metastasis, complicating the choice of initial treatment. “Chemo can be several months long and radiation is typically several weeks. Therefore a shortened radiation schedule may have potential benefits, especially if there is an opportunity for this to be delivered earlier without delaying or interrupting chemotherapy, for example,” said lead study author Eric Leung, MD, associate professor of radiation oncology at the University of Toronto’s Sunnybrook Health Sciences Centre.

The research was published in JAMA Oncology.

Delivery of hypofractionation is tricky, according to Leung. “Gynecological cancer patients were treated with hypofractionation radiation to the pelvis which included the vagina, paravaginal tissues and pelvic lymph nodes. With this relatively large pelvic volume with surrounding normal tissues, this requires a highly focused radiation treatment with advanced technology,” said Leung. The study protocol employed stereotactic technique to deliver 30 Gy in 5 fractions.

Hypofractionation could be beneficial in reduction of travel time and time spent in hospital, as well as reducing financial burden and increasing quality of life. These benefits have taken on a larger role in the context of the COVID-19 pandemic.

Although the findings are encouraging, they are preliminary, according to Vonetta Williams, MD, PhD, who wrote an accompanying editorial. “I would caution that all they’ve done is presented preliminary toxicity data, so we don’t have any proof yet that it is equally effective (compared to standard protocol), and their study cannot answer that at any rate because it was not designed to answer that question,” Williams said in an interview. She noted that long-term follow-up is needed to measure bowel dysfunction, sexual dysfunction, vaginal stenosis, and other side effects.

It is also uncertain whether hypofractionated doses are actually equivalent to the standard dose. “We know that they’re roughly equivalent, but that is very much a question if they are equivalent in terms of efficacy. I don’t know that I would be confident that they are. That’s probably what would give most radiation oncologists pause, because we don’t have any data to say that it is (equivalent). Although it would be nice to shorten treatment, and I think it would certainly be better for patients, I want to caution that we want to do so once we know what the toxicity and the outcomes really are,” said Williams.

The researchers enrolled 61 patients with a median age of 66 years. Thirty-nine had endometrioid adenocarcinoma, 15 had serous or clear cell, 3 had carcinosarcoma, and 4 had dedifferentiated disease. Sixteen patients underwent sequential chemotherapy, and 9 underwent additional vault brachytherapy. Over a median follow-up of 9 months, 54% had a worst gastrointestinal side effect of grade 1, while 13% had a worst side effect of grade 2. Among worst genitourinary side effects, 41% had grade 1 and 3% had grade 2. One patient had acute grade 3 diarrhea at fraction 5, but this resolved at follow-up. One patient had diarrhea scores that were both clinically and statistically significantly worse than baseline at fraction 5, and this improved at follow-up.

Patient-reported quality of life outcomes were generally good. Of all measures, only diarrhea was clinically and statistically worse by fraction 5, and improvement was seen at 6 weeks and 3 months. Global health status was consistent throughout treatment and follow-up. There was no change in sexual and vaginal symptoms.

The study authors reported grants, consulting, and personal fees from a variety of pharmaceutical companies. Williams reported having no disclosures.

This story originally appeared on MDedge.com, part of the Medscape Professional Network.