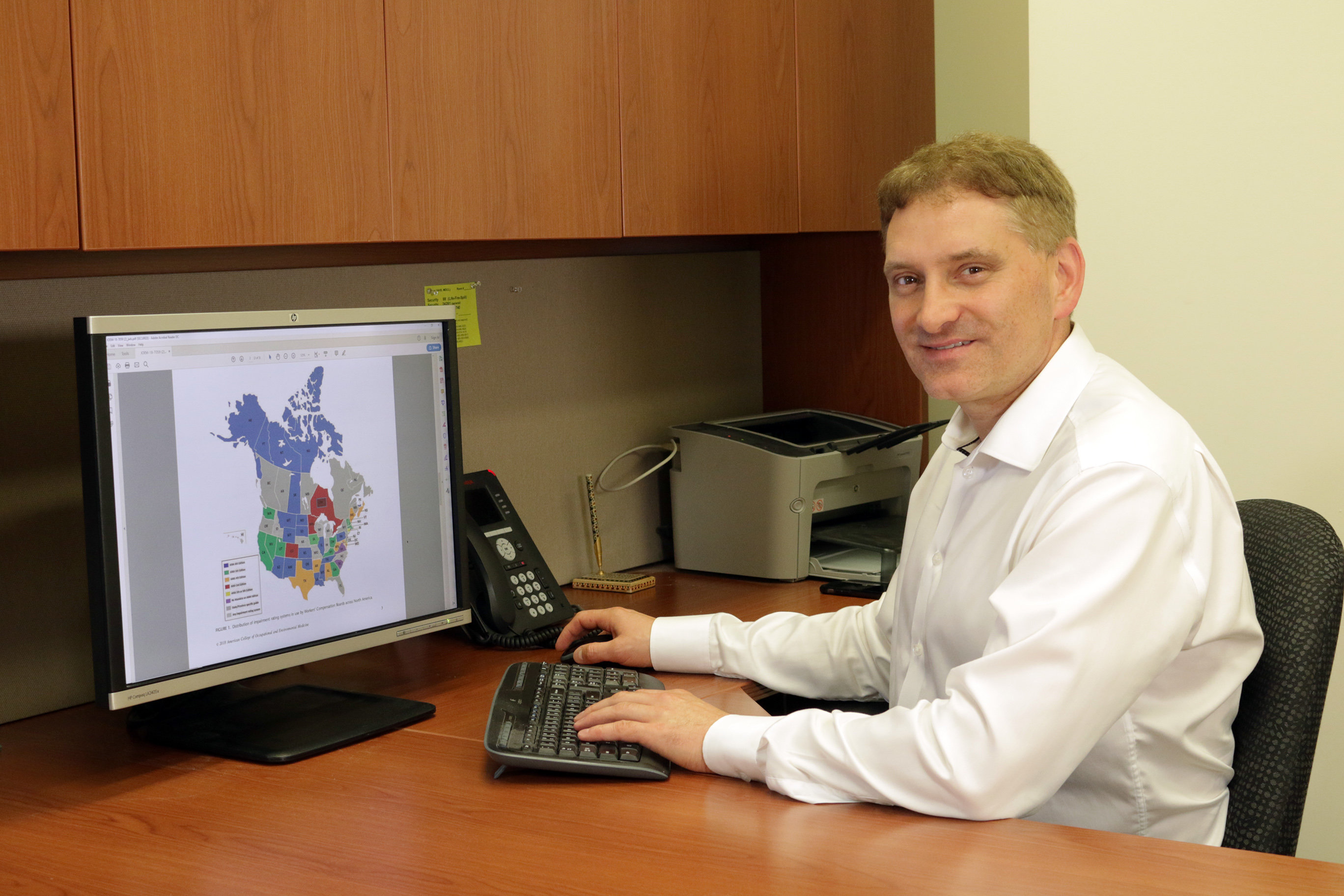 If you experience an injury at work, the amount of compensation you receive depends on which impairment rating system is used, according to research from McMaster University and the Netherlands.

However, a comparison of a group of injured workers assessed using the two most recent editions of the AMA guides revealed that usage of the sixth edition resulted in significantly lower impairment ratings than the fifth edition.

The findings were published today in the Journal of Occupational and Environmental Medicine.

“Our study shows your impairment rating will depend on the version of the AMA guides that you are assessed with,” said Jason Busse, first author and an associate professor of anesthesia at McMaster.

“The difference in impairment rating is likely due to the fact that when these guides first came out, they were focused on pain and range of motion, and they have increasingly moved to more direct measures of function.

“For example, in an earlier guide they may have measured whether a person could lift their arm above their head without discomfort, but now they look at whether the person could put a box on a shelf.”

Researchers used data from a consecutive sample of 249 injured workers referred for an independent evaluation at the Orthopedisch Expertise Centrum Amsterdam between 2011 and 2012.

“Because all assessors in the Netherlands switched from the fifth to the sixth edition at the same time, we were able to study two large cohorts of patients with similar injuries and explore the impact on impairment ratings,” said Busse, who is also a researcher with the Michael G. DeGroote Institute for Pain Research and Care.

The other major finding of the study was considerable inconsistency of AMA Guides editions used by workers’ compensation boards across North America.

“There was a tremendous variability in the edition that North American compensation boards are using,” Busse said. “The most recent version, which was the sixth, was published in 2007. Yet, for example, we have the largest compensation board in Canada, which is in Ontario, using the third revised version which came out in 1991.”

Subway ride lead to a massive infection with influenza