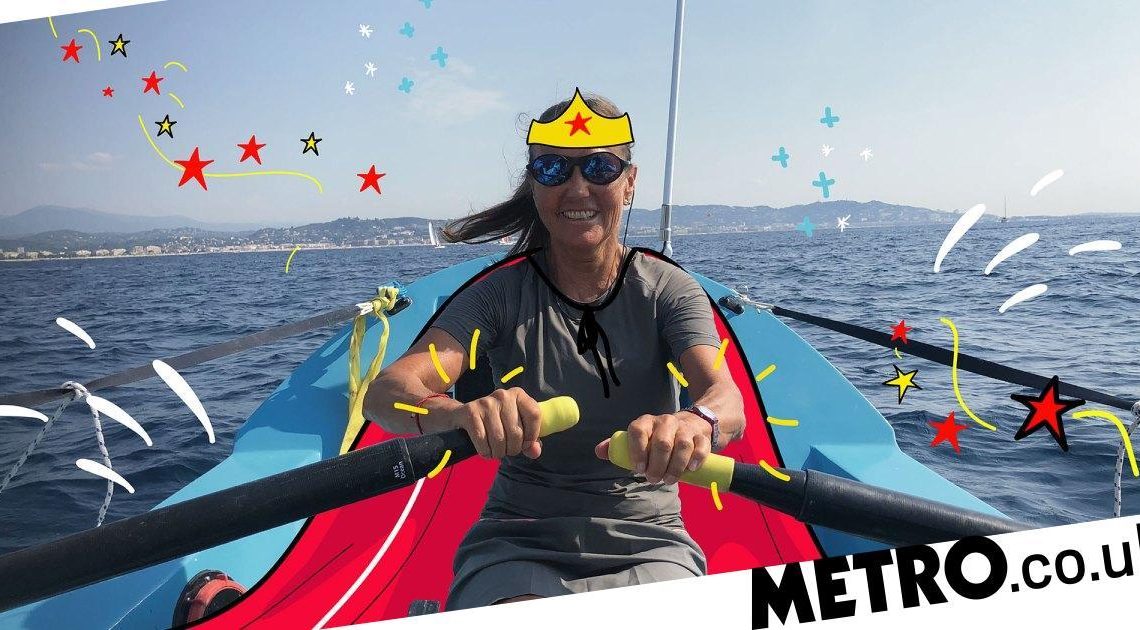 'I learnt to swim last year, now I'm training to row the Atlantic solo at 61'

Strong Women is a series that celebrates diversity in the world of sport and fitness.

Rather than presenting a singular image of the ‘ideal’ female form, this series champions women of all ages, races, sizes and abilities who are fit, strong and love their bodies.

Sport England found that 40% of women are put off being physically active because of a fear of judgement, and that is what we want to change.

Each week we speak to inspirational women who are redefining what it means to be strong and challenging preconceptions.

Shirley Thompson is 61 and only took up rowing last year. In three months she will attempt to become the oldest woman to row the Atlantic solo.

She attempted the challenge last year but had to be rescued by a helicopter when her boat began to sink – but she’s not going to let that put her off.

What inspired you to undertake such an incredible challenge?

I wanted to do something monumental to celebrate being 60.

As I have got older, I have become increasingly frustrated by how society tends to discount older women – especially in the career arena and once we reach menopause and beyond.

I want to prove to myself and to others that age is just a number and that someone ordinary can do something extraordinary.

What does rowing mean to you?

I only took up rowing last summer, which is also when I learnt to swim!

I am an ultra runner and have been since my early forties, but I wanted to take on a challenge outside of my comfort zone, hence the ocean row – as I don’t really like the water.

In fact I set off last November, but after 17 days at sea my boat started to sink, I lost all my electrics and I had to be rescued.

I am determined to get across so I have put all my energy into rescuing my boat and getting it repaired and back on the water in a couple of months.

What has been the hardest thing about training?

To be honest, the hardest part of this whole process is getting to the start.

Buying a boat, preparing it, raising corporate sponsorship, preparing for three months at sea. I try to keep fit, and of course I have spent many, many hours on the water and on a rowing machine.

I am most nervous about capsizes and also having to get into the ocean and clean the hull of the boat knowing the ocean can be can be 5km deep.

What will it mean to you to complete this challenge?

I will be happy to have tested myself to the max and having managed the crossing.

I know things could get really tough out there, but I have several things that will keep me going. Firstly, my mantra: ‘how do you eat an elephant? One bite at a time!’ One coping mechanism I have is to never look at the challenge as a whole – just in little pieces.

If I feel frightened, I will close my eyes and think of Paddington Bear my dog, and snuggling up to him – that will help me to feel comforted.

Also, I recently had to put my other dog, Pixie Belle, to sleep. I am taking her ashes with me to scatter in the ocean (she was a Newfoundland, so a water dog) and I expect I will talk to her ashes when I feel low.

What does the term ‘strong woman’ mean to you?

I think all women are strong. Despite attempts to change the balance, women still often have to fight to be heard, appreciated or valued.

I am strong because I am a woman, but no less or more than other women. We all have an incredible inner strength.

For me, age has brought increased my wisdom, my mental tenacity and my determination. As I am a firm believer that the mental drives the physical, it will be my mental strength that will hopefully get me across.

I am Team GB

Toyota has teamed up with Team GB to re-launch the hugely successful participation campaign ‘I am Team GB’.

Inspired by the achievements of Team GB athletes and the amazing efforts of local community heroes, Team GB has created ‘The Nation’s Biggest Sports Day’, which will take place on the 24thAugust.

Over the weekend, there will be hundreds of free and fun activities across the country, put on by an army of volunteers; the ‘I am Team GB Games Makers’.

To Join the Team and be part of The Nation’s Biggest Sports Day sign up at: www.IAmTeamGB.com

Officials: Teen at dance competition in Arizona had measles