Home » Health News » How will you have office romances and friendships if everyone works remotely? 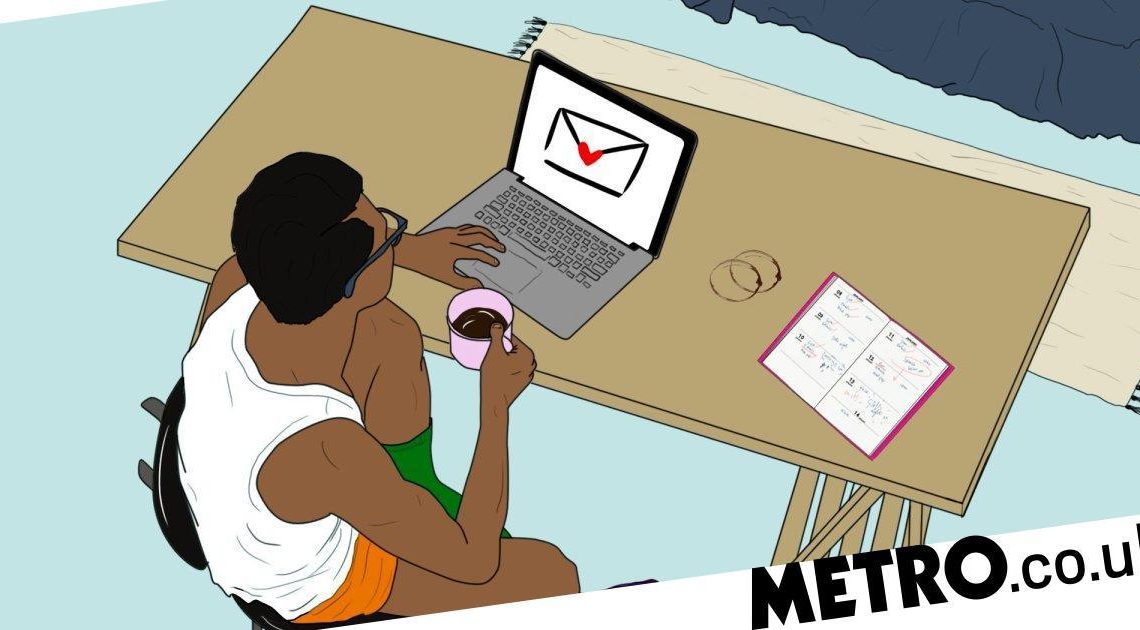 How will you have office romances and friendships if everyone works remotely?

Despite the office gossip that is part and parcel of a relationship with a colleague, it’s pretty fun to hook up with someone you fancy at work.

A third of relationships start this way. It makes sense – if we stick to the standard 40-hour working week, we spend more waking moments with our colleagues than anyone else.

But as working cultures shift, more of us may end up working remotely.

What does this mean for work wives/husbands? For office romances? For best friends you met on your first day at a new job?

Quarter of a million more UK workers have moved into remote-working in the last decade and that number grows each time the Office for National Statistics reports the numbers.

The number of jobs adverts posted in the US allowing home working has jumped by over 25% in two years.

Studies show it boosts productivity, employer satisfaction and cuts down the cost of renting office space.

Legally, all employees have the right to request flexible working – not just parents and carers. But you’ll have to make a statutory application, only after working 26 weeks or more at your place of work.

But until very recently, it was seen as a ‘secret day off’.

If you searched working from home (WFH) two years ago, the results were comical: barely-dressed people in front of a computer or doing the ironing, as pointed out by Professor Nicholas Bloom in a Ted Talk which looked at the positives of WFH.

If we now look at the same topic, the images are more serious – men and women looking pensively at their laptops.

Companies are taking remote work more seriously as an option, with the tech and health industries leading the way.

Getting everyone to work remotely would cut down on the need for office space and long commutes but ultimately, it would also mean no more gossiping by the water-cooler nor making eyes at the hot colleague two desks away from you.

Author Megan Hustad has worked from home for more than a decade and thinks it boosts productivity.

‘I’ve got an almost three-year-old and my work is such that I work juggle multiple projects and clients, so there’s really no advantage at this stage to heading into an office each day and all that it entails,’ she tells Metro.co.uk.

‘I’d have commuting, hurrying my kid out the door to daycare on a strict schedule, additional overhead costs that I’d rather spend on editors, designers or software developers.

‘I think of it less as working from home and more like a cottage industry.’

Does all this convenience actually free-up time to meet people or does working remotely mean the end of all office relationships?

Encouragingly, many relationships also form over the internet without people meeting for years. This could become a possibility when it comes to work too.

Shamir, who used to work in Parliament, used to chat online with his now-partner Maddie for a long time before eventually meeting.

‘We both worked in Parliament for several years at the same time but never met – even though we worked on the same legislation,’ he tells us.

‘We always thought it was a bit spooky, we probably stood behind each other in the coffee queue at times.’

But it was only when they met that the sparks flew.

‘It allowed a more natural flow to the beginning of our relationship which may have never happened if we only corresponded by email.

‘The non-romantic workplace interactions we had have allowed us to appreciate each other on a professional and intellectual level. We both have a great deal of respect for each other professionally and bouncing ideas off each other in a work capacity definitely enhanced our relationship.

‘We both left Parliament at different times but ended up working in the communications team where we finally met and started dating very soon after. We’ve now been together since summer 2017 and also bought our first flat together.’

For some companies, WFH allows huge expansion without the cost of rent.

Toptal, a freelance platform, has been remote since its inception. The company is one of the largest fully-remote workforces in the world, with almost 500 employees working across 60 countries.

Unlike office environments, where a person can absorb the culture from what surrounds them, a remote company such as Toptal has to take steps to create and instil their culture in team members.

All meetings and calls have to use video conferencing. They also use Slack channels for work and topics unrelated to work so they can get to know each other on a more informal and personal level.

There are events organised where employees are able to interact with each other and offsite in-person meetings a few times a year.

They do meet in real life and party too; some teams get together in person more often than others and some of the larger teams spread across multiple continents have smaller gatherings.

That sounds like more socialising than a lot of real-life offices.

Much like the rest of us, the Silicon Valley-based company has an annual Christmas party in December where people get together on a weekend.

But unlike the majority of us, their Christmas parties are BYOB-based and happen over a holiday-themed video call.

‘It’s a really great bonding opportunity. We do a holiday costume party that has typically had very high levels of participation,’ Mark Bosma, vice president of sales at Toptal, tells Metro.co.uk.

‘There are extremely close friendships that have formed across Toptal between employees across states, countries, and timezones. The use of technology enables co-workers to collaborate effectively and form close bonds.

‘Co-workers meeting for the first time often feel like they are already old friends.’

But there are things that you don’t expect when you’ve been working someone for months but meet them in real-life for the first time.

‘The thing that’s most surprising about meeting people face-to-face for the first time is their height.

‘We get familiar with a given colleague’s personality, appearance, style, and their quirks during one-on-one meetings and team calls. However, when colleagues meet in person for the first time, we often expect that people are always taller or shorter than they appear on video calls.’

Mark works from home with his wife.

He says that there have been a few relationships that have started through Toptal but they tend to be kept low-key, from him at least.

Though there are plenty of advantages of working from home, there are downsides too, namely the isolation that comes with it.

Tina, 23, has been working from home for four years due to a health condition and struggles with feelings of alienation.

‘I often feel very isolated, I am inside every day, alone,’ she tells Metro.co.uk.

‘I feel if I didn’t work from home I would have a better social life and a healthier lifestyle.’

Those who prefer social settings where they can chat to the person sitting next to them or enjoy having a crush to keep things interesting at work may need to create the ambience of a co-working space to avoid loneliness.

If you like the atmosphere of a cafe but don’t want to leave your bedroom, there are websites that imitate its sounds for those who hate working in silence.

If we have no choice but to work remotely, we may end up craving companionship. Already there are Facebook groups and Google hangouts that replicate office vibes.

Generic Office Roleplay is a Facebook account that sends niggly messages akin to emails that currently clog up your inbox.

Alternatively, libraries and coffee shops may thrive if people go looking for spaces to work alone but also interact with those around them.

Already, people are meeting their romantic partners at coffee shops or anywhere with an internet connection that allows long stays.

Sunny Hodge, who runs an independent coffee shop, tells us he’s used to seeing romance blossom in his establishment.

‘Books are often the giveaway for prolific coffee shop prowlers. I’ve seen all the tricks; a smile, an “is this seat being used”, the “would you mind keeping an eye on my bag whilst I use the toilet”, and eventually the “I adore Orwell, have you read x?”.

‘And it works as numbers are rushedly exchanged.’

In this way, conversation starters about books might turn into discourse about what one is working on once coffee shops become widely-accepted work stations.

And if we were all to work remotely, it would certainly change work-life culture.

But it might require a bit of overtime from both you and your company if you’re looking to forge meaningful relationships while also getting your work done.

MORE: The 10 jobs that aren’t commonplace yet but will be huge in 2050

MORE: Computer says no: What happens when we disagree with the robots we’re working under?

The daily lifestyle email from Metro.co.uk.