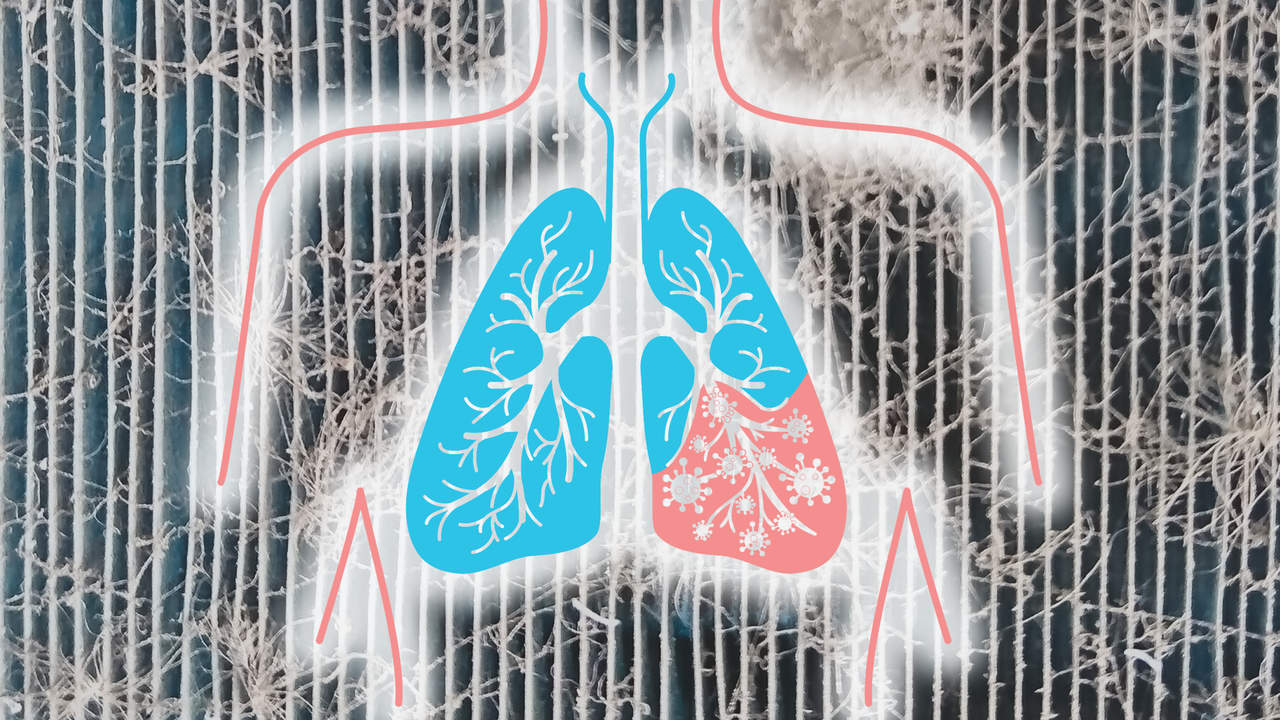 Bronchitis and pneumonia are both infections that affect your airways. They can have similar symptoms that often blur into each other.

But there are differences. For starters, there’s location. Pneumonia affects the air sacs in the lungs, while bronchitis affects the bronchial tubes, which act as a sort of tunnel to get air into and out of the lungs.

Most cases of bronchitis are caused by viruses, often the same viruses that are responsible for common colds and the flu. In fact, bronchitis is sometimes even called a “chest cold.”

“The same virus that causes the common cold settles lower down and causes bronchitis” in some people, explains Ephraim L. Tsalik, MD, PhD, associate professor of medicine in the division of infectious diseases at Duke Health in Durham, North Carolina.

These viruses also spread like the cold. “People get bronchitis exactly the same way they would get any cold, since it’s almost always viral,” says Dr. Tsalik. “It can be from someone else who’s had an infection, and that person doesn’t have to have had bronchitis.”

The most prominent symptom of bronchitis is a cough, often a cough that occurs in spells, says Dr. Schaffner. You may also cough up mucus (usually clear or light colored), have a low fever, feel tired, and be short of breath. The bronchitis infection itself usually lasts a week to 10 days, but don’t be surprised if the cough outlasts it.

Because bronchitis is almost always viral, antibiotic treatments aren’t effective. You may be able to relieve some symptoms with over-the-counter mucus-loosening drugs or non-steroidal anti-inflammatory drugs (NSAIDs) like ibuprofen. A humidifier in your room or a couple of teaspoons of honey in tea or warm water may soothe the coughing as well.

Unlike bronchitis, pneumonia has long been thought to be caused predominantly by bacteria (although viruses and fungi can also cause pneumonia). “The infection gets beyond the confines of the bronchial tubes and actually gets into the substance of the lung,” explains Dr. Schaffner. “Then it causes inflammation in the tissues of the lung.”

A pneumonia infection can extend to one or both lungs. It can also settle into smaller or larger areas of the lung. “The larger the proportion it affects, the more seriously ill you are going to become,” says Dr. Schaffner.

Pneumonia symptoms can be similar to those of bronchitis, but there are also differences. Signs you might have pneumonia versus bronchitis include a high fever, weight loss (due to reduced appetite), and chest pain, says Dr. Tsalik.

It’s unclear if the color of the mucus you’re coughing up (clear, green, yellow, white) is related to the type of infection (bacterial or viral) you have, he adds. But generally, pneumonia lasts longer than bronchitis. Antibiotics can help treat bacterial pneumonia, while some people with viral infections may benefit from antiviral medication. No matter the cause, rest and fluids can help you recover from pneumonia.

More serious cases of pneumonia, meaning they affect a larger proportion of the lung, can lead to difficulty breathing. “You get ‘air hungry,’ and, in the worst case, you actually don’t get enough oxygen,” says Dr. Schaffner.

Finally, some good news: There is a vaccine for one type of bacterial pneumonia. The pneumococcal vaccine is recommended for children under the age of 2, adults 65 years or above, and people in between who have certain chronic medical conditions.

“That’s important for people with underlying illnesses of any kind,” says Dr. Schaffner. “Even smokers are at increased risk of pneumonia.”

Most cases of pneumonia develop on their own, separate from bronchitis, but some can be related to bronchitis. These are usually bacterial infections. “The weakness from being sick makes it easier for bacteria to get through the body’s defenses,” says Dr. Schaffner.

Bronchitis isn’t contagious in the usual sense: “I’m not going to give my bronchitis to my wife,” says Dr. Schaffner. “The viral infection can travel, but not necessarily the bronchitis per se.” In other words, another person may “catch” the virus, but it may only cause a cold, or nothing at all.

So is pneumonia contagious? “You can be a ‘carrier’ of the pneumococcus bacteria back in your throat and not get sick yourself; however you can pass it on to others via hugs and kisses,” says Dr. Schaffner. However, just like with bronchitis, it’s not guaranteed that you’d develop pneumonia after coming into contact with the bacteria, he adds.

If you have a really high fever, trouble breathing, or a cough that pulls up pus or blood, see your doctor no matter what you think the cause of your symptoms might be. Your doctor might order a chest X-ray to help determine whether your have bronchitis or pneumonia.

Medicine-Professor warns that cheese makes you fat, sick, and even addictive!

Chickenpox party: Benefits, risks, and how to do it safely
Health News