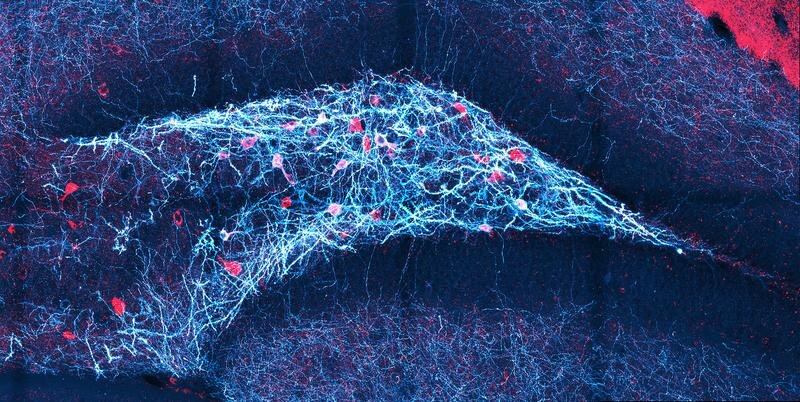 How the brain detects fine differences 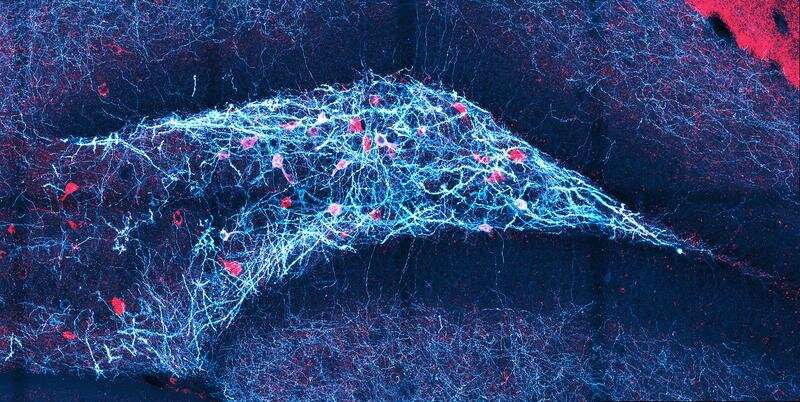 How do people manage to find their way around the neighborhood even though the streets look similar? Researchers at the University of Bonn have gained new insights into a mechanism that very likely plays a major role in this ability. Especially interesting: It only seems to work well when the brain is oscillating in a special rhythm. The results have been published in the journal eLife.

If you want to detect differences between two photos, you can use software to subtract one image from the other. Identical areas become black, while the areas that have changed between the shots stand out.

The brain also uses sophisticated methods of signal processing to highlight small discrepancies, for example, between the memory of a street and the nearby rows of houses.

An important role in this process seems to be played by a particular brain structure, the dentate gyrus. It is located in the hippocampus, a region that plays a significant part in memory processes in mammals. Without it, mice have great difficulty in detecting small changes.

A mechanism called feedback inhibition is probably central to this. In this process, neurons are inhibited more strongly the more active they or their neighbors were previously. This processing step in a sense amplifies the discrepancies between two stimulus patterns—they become more dissimilar. Even patterns that are very similar can be separated very precisely from each other.

Computer simulation of the dentate gyrus

This is at least the assumption. “For the first time, we have now investigated at the cellular level just how plausible this theory actually is,” explains Dr. Oliver Braganza from the Life & Brain Center at the University of Bonn.

To this end, the scientists stimulated certain cells in the dentate gyrus of mice and then determined to what extent other neurons were inhibited. Using numerous measurements, they were then able to determine where the inhibitory signals arrive, when the inhibition begins and how long it lasts.

“We then fed these data into a computer simulation,” says Braganza. “This allowed us to show whether this mechanism actually results in a better separation of similar stimulus patterns and, if so, under which conditions.”

The analysis did indeed show that the feedback circuit of the dentate gyrus of mice can amplify differences in the stimulus pattern. Interestingly, this worked most effectively in the simulation if the brain oscillated back and forth between activity and inactivity in a particular rhythm.

It has long been known that nerve cells can be stimulated to fire more easily at some times than at others. These fluctuations in activity follow a regular rhythm. However, its frequency, i.e. the speed of the fluctuations, can change. For instance, during dreamless sleep the brain oscillates at a slower pace than during the day.

It’s the rhythm that matters

Recent research shows that the mouse brain displays so-called gamma oscillations during learning. “In our simulation we can now see that pattern separation works particularly well at this frequency,” says the head of the working group, Prof. Dr. Heinz Beck, who is also a researcher at the German Center for Neurodegenerative Diseases.

The reason: In the gamma rhythm, the timecourse of the inhibition seems to influence activity patterns particularly well. In other words: The inhibition triggered by a first pattern develops its full effect precisely when a second pattern is most active in the dentate gyrus.

There’s another point that Braganza finds particularly interesting in this context: “Diseases such as Alzheimer’s, schizophrenia or temporal lobe epilepsy are usually accompanied by a changed brain rhythm,” he says. “Perhaps this explains the memory deficits that are so often seen in these three disorders.”