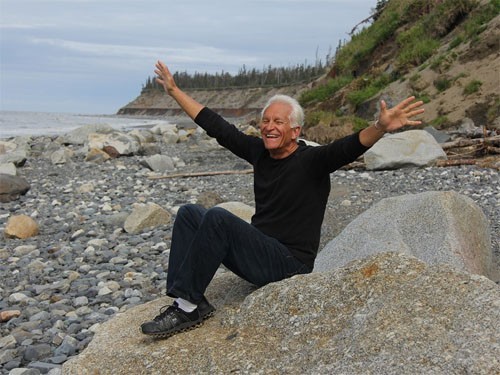 If you think you will live long, because long lived your grandmother, you are quite right. Genetics has a relatively small impact on life expectancy, says a new study covering more than 400 million people. According to a study published in the journal Genetics, longevity is mainly determined by the way of life, while DNA affects only 10%.

We know that people who are researching their family history, are interested primarily with issues of longevity, says Kathy ball (Cathy Ball), co-author of the study, senior researcher at the Ancestry company, which maintains a web site on family history.

Genetic differences explain the longevity of only 15-30%, witnessed in previous studies. However, factors not related to genetics (e.g., lifestyle, or accidents), explain why someone lives longer than the other.

Scientists from Calico Life Sciences LLC, a company funded by Google and working on issues of aging biology, together with researchers from the company’s Ancestry explored the genetic influence on life expectancy. They analysed the pedigrees 203 439 361 people, including their dates of life, place of birth and family relationships.

A large amount of database has allowed scientists to study family for several generations, analyzing the longevity not only of blood relatives and relatives by the husband or wife.

Due to the mathematical and statistical calculations, the researchers found that brothers and cousins or sisters of the hereditary factor plays the same role, as was shown by previous studies. In particular, genes explain 20% to 30% of lifespan, and this rating is reduced below 15% for relatives of the opposite sex.

The researchers also found that the life expectancy of the spouses to a greater extent similar than siblings of the opposite sex. A possible explanation for this lies in the fact that spouses live in the same house and they have a common non-genetic factors (diet and lifestyle).

However, the results of the study also showed that cousins or sisters/her spouse similar life expectancy, despite the fact that they are not blood relatives and have not lived together.

What is the explanation? The authors believe that the probable explanation is assortative marriage (marriage, at the conclusion of which, a tendency to great similarity between some phenotypic traits in marriage partners, that is, the preference in choosing a marriage partner by the presence or absence of any symptom).

Assortatively marriage is a model marriage in which individuals with similar phenotypes are more common to each other, – said the study’s lead author John. Ruby Graham (J. Graham Ruby).

Nobody, of course, does not know exactly when he or potential partner will die, so assortative marriage based on other factors. For example, income is known to affect lifespan, since both partners are wealthy enough to eat well and take care of their health. Because people from families with similar income levels tend to marry each other, which explains the similarity in life expectancy, despite the fact that they are not blood relatives.

According to the researchers, if to take into account this factor in the choice of a partner, heredity actually explains no more than 7% of longevity, and perhaps even less. Genes by themselves can’t save you from early death.

Cathy ball also argues that although genetics affect life expectancy to some degree, but research shows that other factors have a much greater impact. The results show that the one who wants to live longer, have better and more correct eating and exercise, instead of relying on good genes of his grandfather.