Home » Health News » High blood pressure: The breakfast drink that could slash the risk of hypertension by 65% 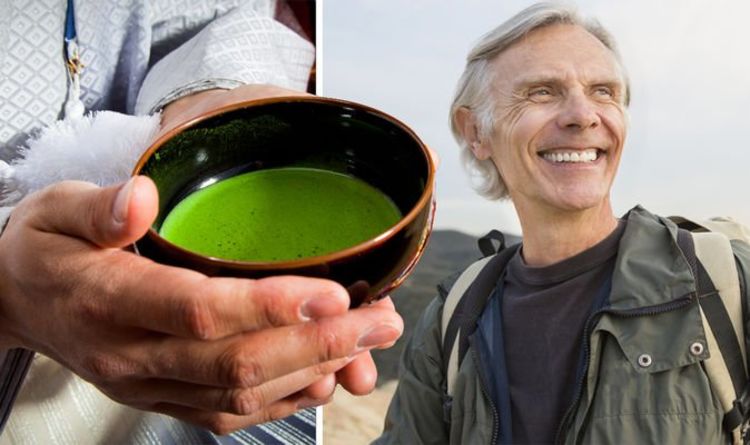 High blood pressure: The breakfast drink that could slash the risk of hypertension by 65%

Hypertension is one of the leading causes of mortality around the world, contributing to 20 percent of all deaths, according to the Lancet’s Global Burden of Disease report. Those seeking to lower their readings are encouraged to revise their lifestyle habits. And mounting evidence suggests that certain beverages may facilitate this. In fact, drinking higher amounts of green tea has been linked to a 65 percent lower risk of hypertension.

High blood pressure can set the stage for myriad complications related to the cardiovascular system, such as stroke and heart attack.

This is because blood pressure refers to the force exerted to the walls of the vessels as blood gets pumped through the body.

When this pressure becomes too great it opens up the opportunity for a rupture in the arterial wall or the formation of a blood clot.

It is believed nearly five million people in the UK are afflicted by the condition but are completely unaware of it.

READ MORE: Blood pressure diet: The fruits and vegetables that could slash your risk of hypertension

According to the NHS, “high blood pressure can often be prevented by eating healthily, maintaining a healthy weight, taking regular exercise, drinking alcohol in moderation and not smoking”.

In the past, a number of studies have set out to identify which teas may have lowering effects on blood pressure, and two stand out as being particularly potent.

Some clinical trials state that regular consumption of the beverages could significantly reduce blood pressure in hypertensive individuals, and slash the risk of hypertension by 65 percent in non-hypertensive people.

Green tea and Oolong are both excellent sources of polyphenols, a powerful antioxidant known to manage hypertension.

One scientific study on Chinese nationals found that the lowering effects of both teas could substantially reduce the risk of a hypertension diagnosis.

Commenting on the study, WebMD noted: “Those who drank at least a half-cup of medium strength green or oolong tea per day for a year had a 46 percent lower risk of developing hypertension than those who didn’t drink tea.

“Among those who drank more than two and a half cups of tea per day, the risk of high blood pressure was reduced by 65 percent.”

The study, which was published in the Archives of Internal medicine, drew on data gathered from a total of 1,507 Chinese men and women living in Taiwan.

All participants were required to provide information about their tea-drinking habits, which the scientists used to calculate the average tea consumption per day.

The researchers noted that drinking at least half a cup of tea a day was important to reap blood-pressure-lowering effects.

“However, tea consumption for more than one year was not associated with a further reduction of hypertension risk.”

The benefits of green tea are wide-ranging, but the majority have been put down to one of the leaf’s unique compounds called catechins.

The antioxidant, found in both green and black tea, can relax and smooth the muscles that line blood vessels, which leads to lower blood pressure.

Researchers have long believed that the discovery of catechins could lead to the development of better medications for high blood pressure in the future.

Parkinson’s disease: Changes in your eyesight could be early signs to spot
Health News