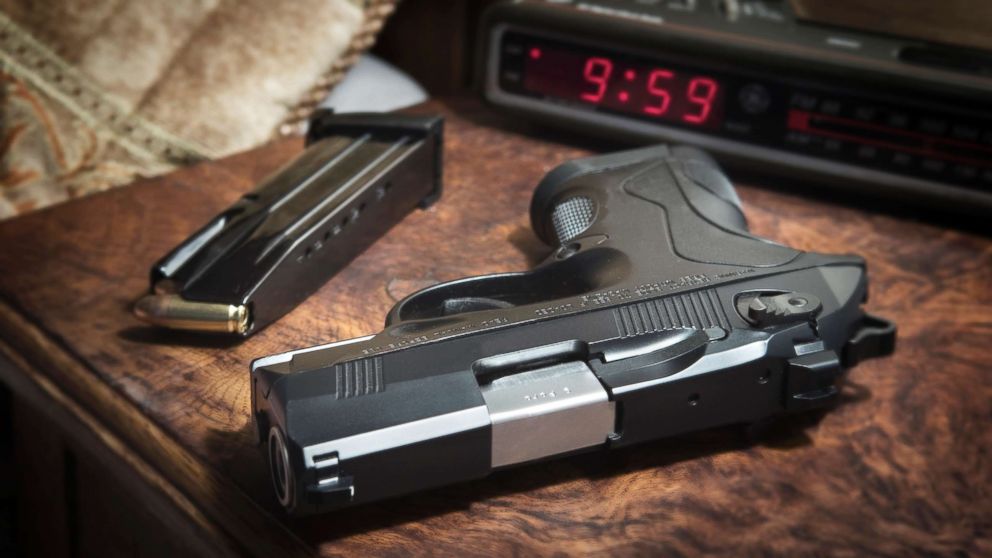 This story is from Kaiser Health News

After the recent mass shooting in Thousand Oaks, Calif., in which 11 people were killed at a country music bar, President Donald Trump struck a familiar refrain: “It’s a mental health problem,” he said of the gunman, Ian David Long. “He was a very sick puppy.”

Similarly, after a school shooting in Parkland, Fla., that killed 17 students and staff members in February, Trump tweeted that there were “so many signs that the shooter was mentally disturbed.”

Public health and mental health experts counter that blaming the violence on the mentally ill is unfair and inaccurate, pointing instead to lax gun laws. “Most violence is not committed by people who are mentally ill,” said Dr. Renée Binder, a professor of psychiatry at the University of California-San Francisco and a past president of the American Psychiatric Association. “Even if you took everyone who had any kind of mental illness and locked them up and gave them meds, it would hardly make a dent on the problem of violence.”

Post-shooting debates typically are painted in black and white — but research suggests that the truth is less clear-cut.

The “stigma-busting advocates,” who insist that mental illness has no connection to violence, and the “fearmongers,” who assert that “the mentally ill are a dangerous menace and should be locked up,” are both wrong, said Jeffrey Swanson, a professor of psychiatry at Duke University who has studied patterns of violence in major U.S. cities.

While it is true that mental illness plays only a small role in most forms of violence, including individual homicides, its role is larger in mass shootings.

About 60 percent of mass shooters have a history of serious mental disorders and two-thirds had never been seen by a mental health professional, said Grant Duwe, director of research and evaluation for the Minnesota Department of Corrections, who has spent years studying mass public shootings. While that suggests a greater need for treatment, the one-third who did get help “carried out an attack anyway,” he said. “So, even getting mental health care is not the panacea people make it out to be.”

For instance, James Holmes, who killed 12 people in an Aurora, Colo., theater in 2012, had been treated by a psychiatrist and spoken of homicidal thoughts. But he was not reported to authorities because he voiced no concrete plan.

Seung-Hui Cho, whose mental problems dated to childhood, repeatedly talked to campus counselors two years before he killed 32 people and wounded 17 others at Virginia Tech University in 2007. Diagnosed with a mood disorder after threatening to harm himself in 2005, he was hospitalized overnight and ordered by a judge to receive outpatient treatment. But, mysteriously, he was not assessed or treated.

Often, shooters’ propensity for violence is easier to see in hindsight.

Six months before the shooting at the Borderline Bar & Grill in Thousand Oaks, police responded to a 911 call about yelling and banging coming from inside the house where Long, the alleged shooter, was living with his mother. They found an “irate” young man acting “irrationally” and called in a mental health crisis team. The social workers on that team evaluated and concluded there were no grounds to place him under a psychiatric hold.

It is unclear whether the officers were told of his history as a machine gunner in Afghanistan, which after the shooting led to speculation he might have had post-traumatic stress disorder. Only later did it emerge that Long had allegedly assaulted a track coach in high school.

California allows authorities to place people on a 72-hour hold to evaluate their mental states — a practice similar to that in many states. But the standard for such holds, known in California as a “5150,” is quite high, said Dr. Garen Wintemute, an emergency physician who heads the University of California Firearm Violence Research Center at UC-Davis.

To be held, a person must pose a serious imminent threat to themselves or others or be so gravely disabled that they can’t take care of themselves, he said. The law does not take substance abuse into account, Wintemute said.

“A 5150 involves taking a person into custody sometimes against their will,” Wintemute said. “That’s not something that’s done lightly.”

Dr. E. Fuller Torrey, the psychiatrist who founded the Treatment Advocacy Center 20 years ago, long has argued that society needs to be more forceful in getting care for the severely disturbed — and requiring it when necessary — to prevent suicide, mass shootings and other violence.

His goal is to get more state legislatures to pass bills like Kendra’s Law in New York and Laura’s Law in California that allow judges to order mentally ill people into outpatient treatment. His organization helped draft both those bills and has helped win passage of similar laws in at least 16 states. In California and some other states, however, the reach of the law is limited by whether counties decide to implement the approach.

Duwe takes no position on the idea of mandated treatment but said that doing so to prevent events that happen only a few times a year makes little sense. “Mass public shootings are more commonplace than they ought to be, but they are still too infrequent to design policies based on addressing such rare events,” he said.

They “will be extremely low yield, ineffective, and wasteful of scarce resources,” they wrote.

Wintemute argued that other strategic interventions may work better. He advocates fixing problems in the nationwide system of background checks, which requires firearm dealers to verify with the FBI that a purchaser isn’t a felon, fugitive, domestic abuser or dangerously mentally ill.

He said flaws in the law include the fact that private sales, including those at gun shows, are exempt; only federal, but not state, agencies are required to submit data to the background-check database; and thousands of cases of violence by military service members — including that of a shooter who killed 26 people in a Texas church in 2017 — are not reported.

Wintemute also helped draft a California law that took effect in 2016 that allows family members or law enforcement officials to seek a temporary restraining order barring a potentially violent person from purchasing guns and removing any already in their possession.

These so-called gun violence restraining orders don’t involve a mental health assessment, Wintemute said, but are designed to let family members temporarily get guns away from a relative at risk of doing harm, including suicides. The order can last up to three weeks and can be extended for up to a year after a hearing, in which the gun owner can ask a judge to return the weapon.

In California, 190 orders were issued through the end of last year, Wintemute said, results he described as disappointing. Numbers for this year have not yet been compiled, but Wintemute said they are growing. So far, 13 states have passed similar laws, beginning with Connecticut in 1999. Eight, including Florida, approved them in the aftermath of the Parkland shooting, and Florida has already issued 450 such orders, Wintemute said.

Physicians can play a key role by asking patients and family members if they own guns and encouraging the family to seek a gun order if they’re worried, Wintemute added.

“If physicians are willing to see this as ‘If you see something, say something,’ and bring it to families’ attention, we could decrease rates of suicide and possibly mass shootings,” he said.

Why a low-gluten diet may benefit everyone
Health News