Home » Health News » Glandular fever may be bigger cause of MS, study warns 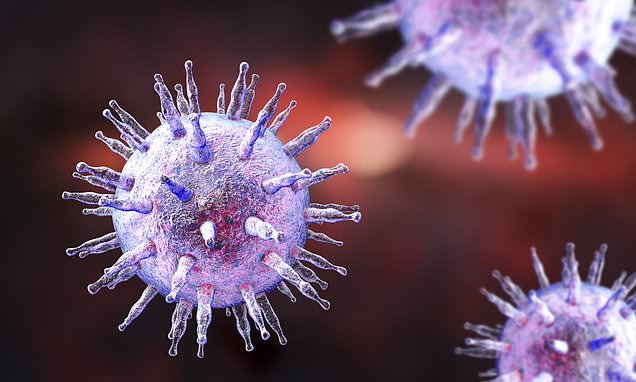 Glandular fever may be bigger cause of MS, study warns

Glandular fever may be the biggest cause of multiple sclerosis: ‘Kissing disease’ may raise risk of crippling illness by 32-fold, study warns

Glandular fever may be the biggest cause of multiple sclerosis, a major study has concluded.

Harvard scientists say they have ‘compelling evidence’ the Epstein-Barr virus (EBV) – which causes the ‘kissing disease’/mononucleosis – is to blame.

They tracked the prevalence of MS among 10million soldiers in the US military over the course of two decades. Volunteers regularly had blood tests taken to see if they had EBV.

Almost 1,000 were diagnosed with the crippling condition, which can leave victims struggling to walk and see.

Analysis of the patients revealed that those who had EBV were 32 times more likely to get MS. No other infection raised the risk.

Professor Alberto Ascherio, study author, said: ‘The hypothesis that EBV causes MS has been investigated by our group and others for several years.

‘But this is the first study providing compelling evidence of causality.

‘This is a big step because it suggests that most MS cases could be prevented by stopping EBV infection.’

He added: ‘Targeting EBV could lead to the discovery of a cure for MS.’ 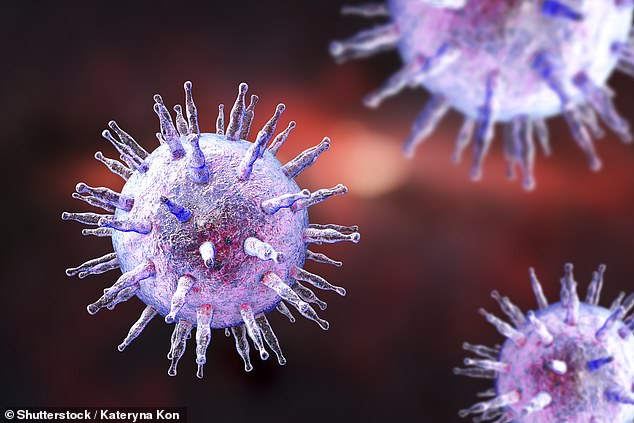 A graphic showing a 3D model of the Epstein-Barr virus. Harvard scientist say they have found compelling evidence this virus is behind MS, a crippling illness affecting the body’s nerves which leads to problems with movement and the senses

Also called ‘kissing disease’ due to being spread by saliva, this illness is caused by the Epstein-Barr virus (EBV).

It is also called mono, short for mononucleosis, in the US.

What is is it?

A viral infection cased by EBV.

How is it spread?

Usually by exchanging saliva with an infected person. This can be from kissing or sharing cups or cutlery but young children can also get it from sharing toys.

People are usually infectious for several weeks before the onset of symptoms.

What are its symptoms?

Are there any long term risks?

Symptoms usually fade after two to three weeks though fatigue has been known to last up to seven months.

The virus behind glandular fever is suspected as triggering the onset of MS, though the exact mechanics of this interaction are not understood. Only a tiny fraction of people who have glandular fever ever go on to develop MS however.

There have also been studies linking EBV infection to elevating risks of certain cancers.

Researchers, who published their findings in the journal Science, took blood samples every two years from the participants.

They analysed their levels of neurofilament light chain, a hallmark sign of MS.

The molecule is produced in the body when nerve damage, the underlying cause of MS.

Levels of the molecule only increased after EBV infection, which the researchers consider the smoking gun linking the two.

Dr Clare Walton, head of research at the UK charity MS Society, told MailOnline ‘it was great to see’ research into what causes the condition, which affects more than 100,000 people in Britain and about 1million in the US.

However she added that more research needed to be done because other factors must play a role.

Dr Walton warned nine in 10 people worldwide end up being infected with EBV but ‘most do not go on to develop MS’.

‘Ultimately, we can’t be certain that EBV is causing MS until we can see what impact preventing EBV infection has on MS incidence,’ she added.

‘And while research into EBV vaccines is underway, it is still at an early stage.’

The MS Trust charity also welcomed the Harvard research but cautioned there is ‘still a lot more needed’.

EBV has long been suspected as a leading cause of MS, with almost all people with the condition also having caught the virus.

However, with about 95 per cent of people catching EBV at some point in their lives and only a tiny fraction developing MS, pinning down the relationship between the two has been difficult.

It is thought that the EBV virus causes the body’s immune system to mistake parts of the nervous system as a foreign substance and attacks, causing damage and leading to the development of MS.

MS is most commonly diagnosed in people in their 20s and 30s and is one of leading causes of disability among young people in the UK.

The condition shortens a person’s life expectancy by about five to 10 years. 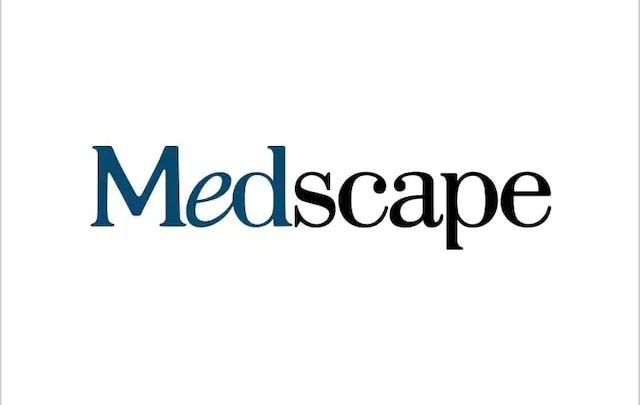 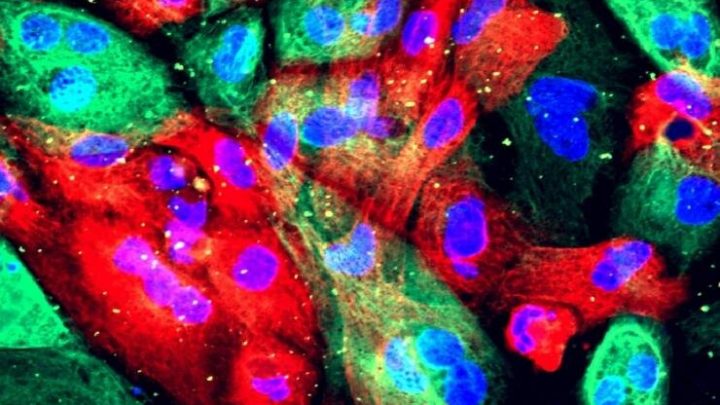 27/06/2022
With roommates, its all about chemistry, molecularly speaking: A survey of life indoors reveals that resident humans and microbes adapt to each other