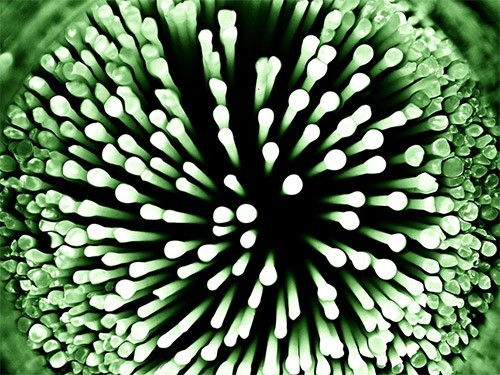 New diseases are constantly appearing, and sexually transmitted infections, are no exception. Here are four bacteria, which pose a serious threat to public health.

1. Neisseria meningitidis (Meningococcus) can cause meningitis invasive, potentially deadly infection of the protective membranes the brain and spinal cord.

It is increasingly the cause of urogenital infections. Approximately 5-10% of adults N. meningitidis lives in the back of the nose and throat. Studies show that it can potentially transmit the bacterium to partners via oral sex and deep kissing.

While there is no certainty which of the modes of transmission have caused outbreaks of invasive forms of the disease among Homo – and bisexual men in Europe, Canada and the United States. However, as shown by the study of urethritis caused by N. Meningitidis, group heterosexual (except one) of men the cause of infection was oral sex.

Scientists have determined that the strain that hit in 2015, several US cities have acquired DNA through genetic recombination with its close relative, causing gonorrhea (N. gonorrhoeae). This mutation contributed to widespread STIs.

Infection with M. Genitalium is often asymptomatic, but can mimic chlamydia or gonorrhea with the constant irritation of the urethra and cervix. It causes inflammatory disease of the pelvic organs, which can lead to disturbances in the female reproductive system, infertility, miscarriages, premature birth, and stillbirth. The use of condoms will help prevent infection.

The researchers noted the growing resistance of M. Genitalium to antibiotics azithromycin and doxycycline.

3. Shigella flexneri (Shigella flexneri). Shigellosis (or dysentery) is transmitted through direct or indirect contact with human faeces. The infection causes severe stomach cramps and sudden attacks of diarrhea with blood and mucus, which contributes to the spread of bacteria.

Although the disease is most often associated with young children and travelers, in some countries with low and middle income in the 1970s, researchers began to document cases of shigellosis homosexual and bisexual men. According to scientists, S. flexneri is transmitted by anal-oral route and has led to numerous outbreaks of STIs worldwide.

Daskalakis Demeter (Demetre Daskalakis), Deputy Commissioner of the Department of health and mental health of new York, speaks about the rapidly emerging resistance of S. flexneri to azithromycin.

4. Chlamydia trachomatis. Atypical strains of this bacteria cause venereal limfogranulema (Lymphogranuloma venereum), which is a terrible infection, according to Christopher Siksa (Christopher Schiessl), doctor’s clinic One Medical in San Francisco.

First, a genital pimple, abscess or ulcer, and then the infection gets into the lymphatic system of the body. Rectal infection can mimic inflammatory bowel disease, leading to chronic and severe lesions of the colon and rectum (fistulas and strictures).

Over the last decade documented numerous outbreaks in Europe and North America, particularly among Homo – and bisexual men. In addition, limfogranulema may increase the risk of HIV infection.

To protect themselves from infection by using condoms. The treatment is based on a three-week course of antibiotics (doxycycline).

Salmonella risk of eggs from Netto, Lidl and Aldi Nord called back