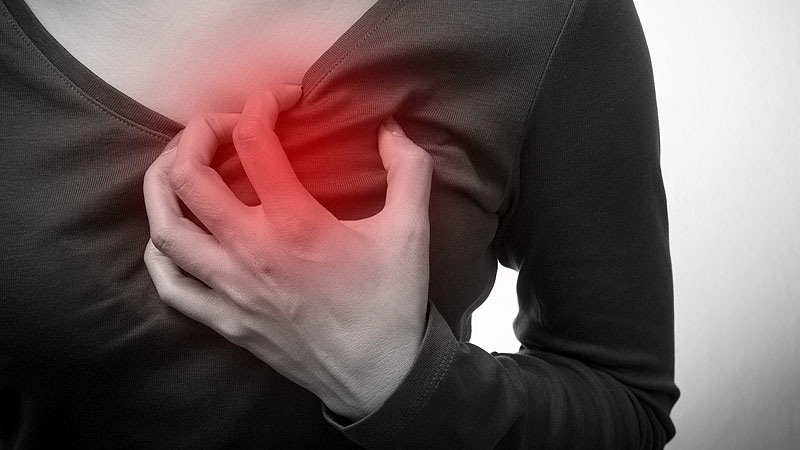 In patients with coronary artery disease scheduled for a percutaneous intervention (PCI), fractional flow reserve (FFR) assessment at the time of angiography significantly improves outcome, but it has no apparent value as a routine study in all CAD patients, according to the randomized RIPCORD 2 trial.

When compared to angiography alone in an all comer-strategy, the addition of FFR did not significantly change management or lower costs, but it was associated with a longer time for diagnostic assessment and more complications, Nicholas P. Curzen, BM, PhD, reported at the annual congress of the European Society of Cardiology.

As a tool for evaluating stenotic lesions in diseased vessels, FFR, also known as pressure wire assessment, allows interventionalists to target those vessels that induce ischemia without unnecessarily treating vessels with lesions that are hemodynamically nonsignificant. It is guideline recommended for patients with scheduled PCI on the basis of several randomized trials, including the landmark FAME trial.

“The results of these trials were spectacular. The clinical outcomes were significantly better in the FFR group despite less stents being placed and fewer vessels being stented. And there was significantly less resource utilization in the FFR group,” said Dr. Curzen, professor of interventional cardiology, University of Southampton, England.

This prompted the new trial, called RIPCORD 2. The hypothesis was that systematic FFR early in the diagnosis of CAD would reduce resource utilization and improve quality of life relative to angiography alone. Both were addressed as primary endpoints. A reduction in clinical events at 12 months was a secondary endpoint.

The 1,136 participants, all scheduled for angiographic evaluation for stable angina or non-ST elevated myocardial infarction (NSTEMI), were randomized at 17 participating centers in the United Kingdom. All underwent angiography, but the experimental arm also underwent FFR for all arteries of a size suitable for revascularization.

Resource utilization evaluated through hospital costs at 12 months was somewhat higher in the FFR group, but the difference was not significant (P =.137). There was also no significant difference (P = 0.88) between the groups in quality of life, which was measured with EQ-5D-5L, an instrument for expressing five dimensions of health on a visual analog scale.

No Impact From FFR on Clinical Events

Furthermore, there was no difference in the rate of clinical events, whether measured by a composite endpoint of major adverse cardiac events (MACE) (P = .64) or by the components of death, stroke, myocardial infarction, and unplanned revascularization, according to Dr. Curzen.

Given the lack of significant differences for FFR plus angiography relative to angiography alone for any clinically relevant outcome, the addition of FFR provides “no overall advantage” in this all comer study population, Dr. Curzen concluded.

According to Dr. Curzen, it was this study that raised all-comer FFR as a “logical and clinically plausible question.” RIPCORD 2 provided the answer.

While he is now conducting an evaluation of a subgroup of RIPCORD 2 patients with more severe disease, “it appears that the atheroma burden on angiography is adequate” to make an appropriate management determination in most or all cases.

The invited discussant for this study, Robert Byrne, MD, BCh, PhD, director of cardiology, Mater Private Hospital, Dublin, pointed out that more angiography-alone patients in RIPCORD 2 required additional evaluation to develop a management strategy (14.7% vs. 1.8%), but he agreed that FFR offered “no reasonable benefit” in the relatively low-risk patients who were enrolled.

Results Do Not Alter FFR Indications

However, he emphasized that the lack of an advantage in this trial should in no way diminish the evidence of benefit for selective FFR use as currently recommended in guidelines. This was echoed strongly in remarks by two other interventionalists who served on the same panel after the RIPCORD 2 results were presented.

“I want to make sure that our audience does not walk away thinking that FFR is useless. This is not what was shown,” said Roxana Mehran, MD, director of interventional cardiovascular research at Icahn School of Medicine at Mount Sinai, New York. She emphasized that this was a study that found no value in a low-risk, all-comer population and is not relevant to the populations where it now has an indication.

“These results do not take away the value of FFR in a more selected population [than that enrolled in RIPCORD 2],” Dr. Roffi said. He did not rule out the potential for benefit from adding FFR to angiography even in early disease assessment if a benefit can be demonstrated in a higher-risk population.

This article originally appeared on MDedge.com, part of the Medscape Professional Network.

‘My Time to Live’: Through Novel Program, Kidney Patients Get Palliative Care, Dialysis ’Til the End
Health News