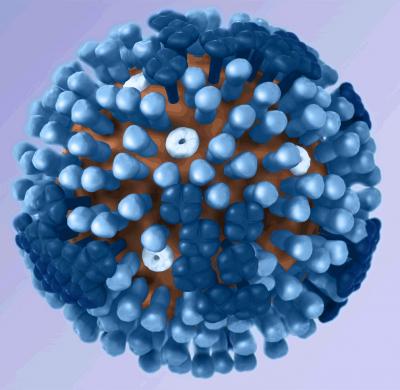 Eavesdropping on intimate ‘crosstalk’: Communication between immune and nervous systems in vaccination 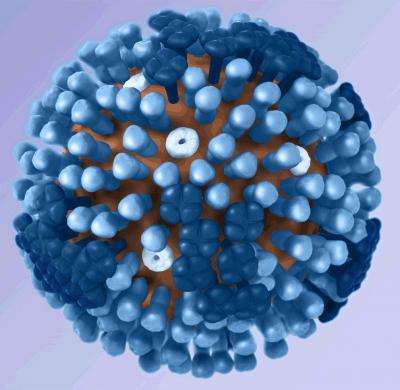 Inhale flu viruses after vaccination, and the body responds with an explosion of flu-fighting antibodies, courtesy of a deep-seated memory in the immune system, a response scientists are now finding relies heavily on a complex biological conversation—”crosstalk” between the immune and central nervous systems.

A new investigation underway at the Feinstein Institutes for Medical Research in New York is revealing an interdependence between the immune and nervous system responses to any form of immunization. It has long been known that mammals store memories in the nervous and immune systems. Asking whether the two systems worked together in response to infiltrators—foreign antigens—marks a new line of scientific inquiry.

In their investigation, Feinstein researchers led by Dr. Kevin Tracey have found that antibody responses to immunization require sensory neurons. The research is posted on bioRxiv (pronounced “bio-archive”), a compilation of prepublished studies in the biological sciences.

As a result of their research, the team is proposing that a potent synergism exists between the two complex biological systems, providing a compelling new glimpse into barely charted territory.

“The nervous system and immune system share many similar molecules and receptors,” Tracey told Medical Xpress, noting that other teams of scientists also have begun to recognize how the two systems rely on each other.

“Multiple groups are studying how these two systems interact. For example, for decades we have studied how acetylcholine, a classic neurotransmitter made by neurons, is also made by T cells, a classic immune cell, and that monocytes express acetylcholine receptors that suppress cytokine production when acetylcholine is present.

“We believe this discovery may be a new mechanism by which the nervous system ‘talks’ to the immune system,” said Tracey, a neurosurgeon, scientist and inventor, who also serves as chief executive of the Feinstein Institutes, a division of the Northwell Health system.

He and his colleagues have found for the first time that sensory neurons are needed for antibody responses. They also have discovered that activation of these neurons enhance antibody production.

Dr. Aisling Tynan, a member of the Feinstein research team, said the discovery adds a new dimension of understanding to the process of vaccination.

“Currently, most people will receive multiple boosters to be fully immunized,” Tynan said, noting that full immunization may remain elusive even after individuals receive recommended doses. “By exploring nervous regulation of this process, we may be able to improve the success and effectiveness of vaccinations.”

A stunning and unexpected twist in the research was discovering that responses by the immune system are regulated by neurons responsible for sending pain signals. If these neurons are compromised, Tracey and his team additionally found that inflammation becomes pervasive, leading to inflammatory disorders.

“TRPV1 neurons classically are pain-sensing neurons that recognize heat and various noxious stimuli throughout the body, including the skin, joints and gastrointestinal tract. This is a surprising discovery that these neurons … are also producing and regulating antibodies, ” Tracey said.

“Sensory neurons have been shown by Cliff Woolf and Isacc Chiu at Harvard to participate in regulating inflammation during infections and in diseases like psoriasis,” he added. “Our discovery is that they also regulate immunization, which is very surprising.”

Earlier this month, Dr. Isacc Chiu of Harvard Medical School proposed that it was time to time to adopt an expanded understanding of how the nervous and immune systems function synergistically. The nervous system isn’t a mere watchdog that spots danger and alerts the body. The nervous system is an active participant in fighting infections, Chiu said.

Writing in the journal Cell, Chiu and colleagues demonstrated in laboratory mice infected with potentially deadly Salmonella the nervous “goes above and beyond” to fight the bacteria along with the immune system. Neurons regulate cellular gates that determine whether the microorganisms can pass in and out of the small intestine. Neurons also boost protective gut microbes, part of the small intestine’s microbiome.

Tynan, first author of the new Feinstein report, elaborated on her team’s findings, underscoring how the discoveries shed new light on the adaptive immune system, one of two types of immunity.

Innate immunity is the immune system present at birth, the body’s first line of defense against invasive organisms that cause infection. Innate immunity includes physical barriers, such as skin and mucous membranes. But there are infection-fighting and cells, such as macrophages, which phagocytose—gobble up –invaders.

The innate system, while capable of annihilating infiltrators, lacks “memory” the mechanism required to remember the invader should it come calling again. Without this capacity, the body can’t mount a response when a pathogen re-infects.

Adaptive immunity, also called acquired immunity, develops over time. When it encounters re-infection with a foreign antigen, it “remembers” having seen the infiltrator in the past. Memory T cells are part of adaptive immunity. They quickly convert swarm the invader in a rapid response based on the “memory” of a past infection.

Memory B cells produce a robust immune response when the antigen is encountered upon re-exposure, generating an explosion of antibodies that are specific to the infiltrating antigen.

Tracey and Tynan say the adaptive response is grounded in communication with specific components of the central nervous system.

“The research shows that sensory neurons are playing a key role in generating a specific antibody response,” Tynan said. “This is the first time that we are able to demonstrate the nervous system and the adaptive immune system are communicating with each other.