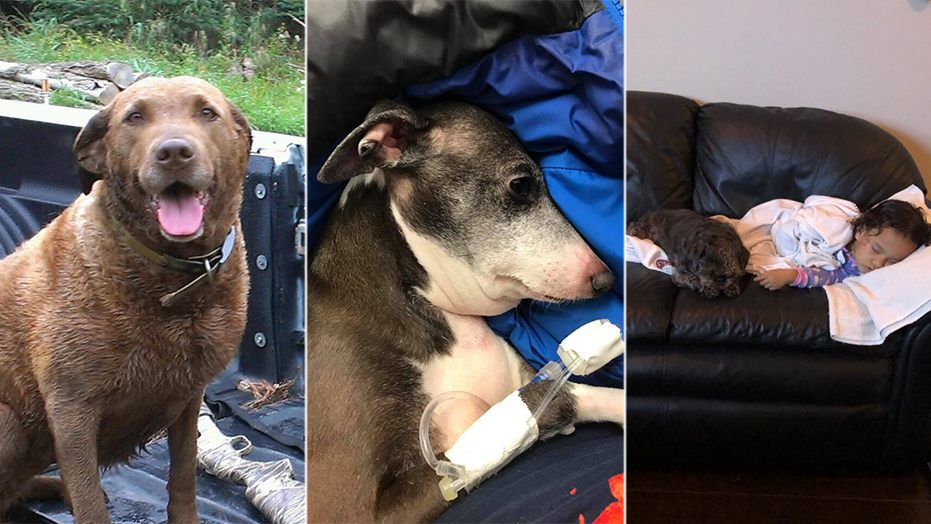 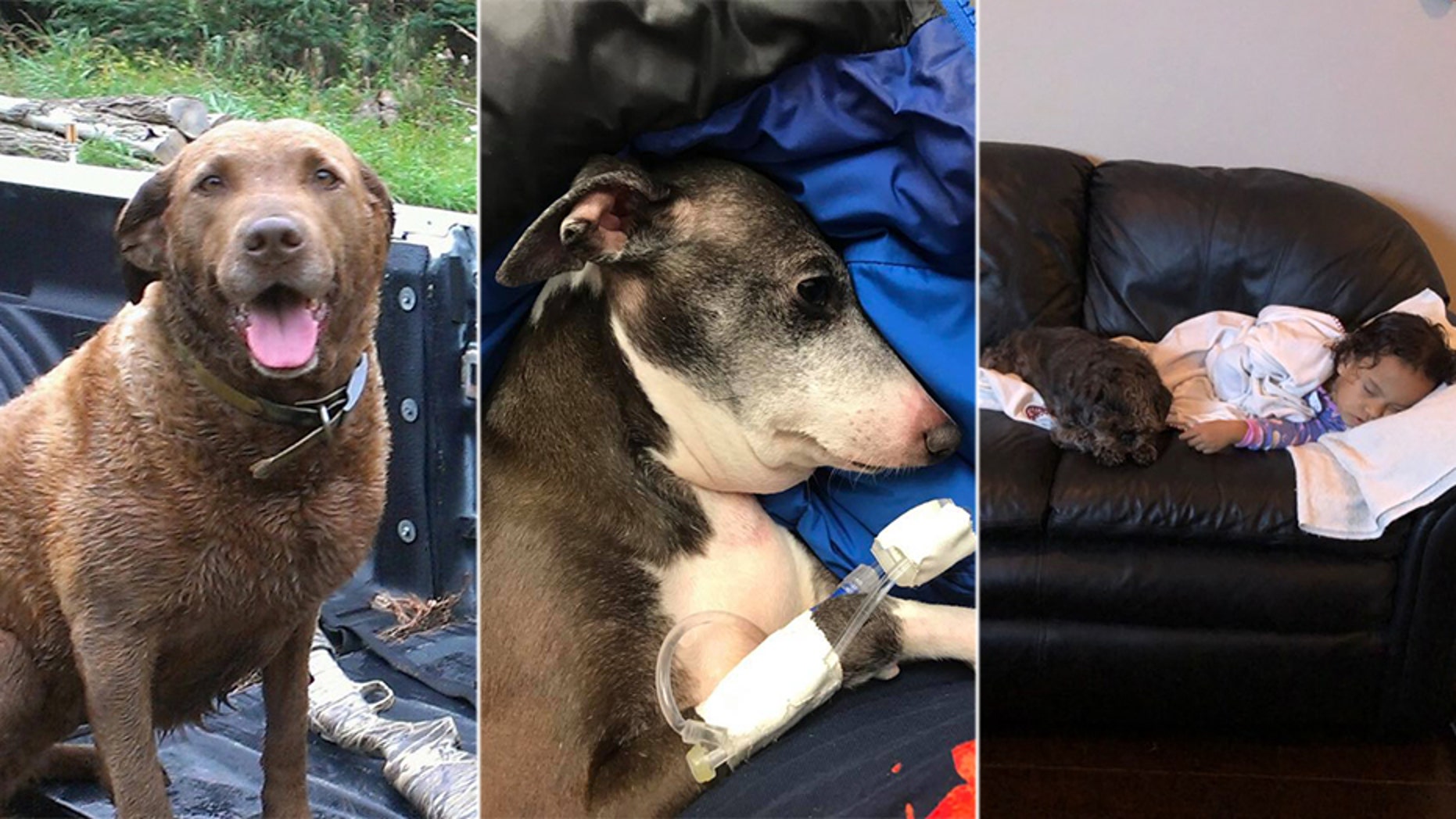 Several pet owners spoke to Fox News about the deaths of their beloved dogs, who they claimed passed away after eating recently recalled canned dog foods from Hill’s Pet Nutrition.

A seemingly endless number of dog owners from across the country have slammed Hill’s Pet Nutrition on social media for the deaths of their beloved pets, blaming the untimely passing of their furry friends on the various canned dog foods recently recalled by the company for potentially toxic levels of vitamin D.

Kimberly Mull, of Los Angeles, Calif., is one of those dog owners. In November, Mull’s 13-year-old bichon mix, Precious, began eating a combination of Hill’s Science Diet dry food and one of the brand’s recently recalled canned foods. The specific mixture was suggested by her veterinarian as a way to manage the dog’s diabetes.

“I didn't know what it was, so I tried to give her more of the wet food, but nothing was working,” Mull told Fox News on Thursday. 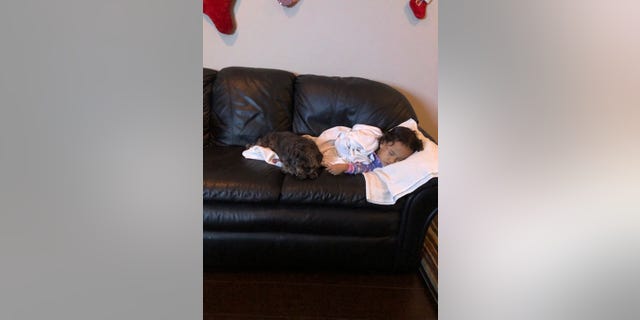 Mull then took Precious to her veterinarian, who gravely informed the dog owner there was nothing left to do. The pup’s kidneys appeared to be failing — one of the several symptoms of vitamin D poisoning. Precious died roughly a week before Hill’s announced the recall, Mull said.

“Your food killed my dog,” Mull wrote on Facebook in response to the company’s recall announcement.

“I’m devastated. She was my little girl’s best friend,” Mull said of her 3-year-old daughter. “She doesn’t understand death yet and keeps asking for her.”

While vitamin D is an “essential nutrient” for dogs, too much of it can cause vitamin D toxicity, which can lead to kidney failure or even death in canines. Those who survive may have “long-term impairments,” including kidney or heart disease, which require “lifelong management," according to VCA Animal Hospitals.

Jeff Morris, of Chattanooga, Tenn., noticed his beloved Italian Greyhound, Olive, was acting “like she didn’t feel well” between Christmas and New Years.

Morris told Fox News the young dog had been fed only Hill's canned food and dry food — which the company assures has not been affected — for more than three years of the dog’s 4-year life.

Just after New Year’s, Morris said he took Olive to the vet where he was informed the pup had lost roughly five pounds since her last checkup in July 2018. 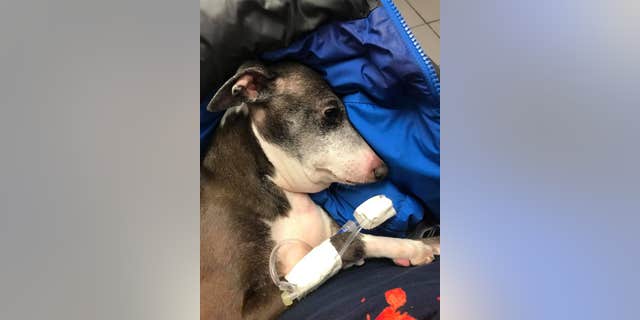 “She was drinking water like she couldn’t get enough, [and had a] black runny stool. [She was] vomiting a bile- looking substance and drooling a thick stringy mucus,” he said.

Though Olive’s vet tested the dog’s blood, “[he] couldn’t make any sense of the findings because he said it showed her kidneys had just stopped working.”

Morris said his vet consulted other animal health care professionals who were equally as stumped.

“It made no sense whatsoever, especially at her young age and had been in good health,” he said, adding he slept in a recliner alongside the pup shortly before her death because “she was so weak she could no longer get back up on the couch where she [normally] slept."

“I held her and talked to her till she took her last breath," he added on Facebook.

It was only after Morris came across the recall list that he realized Olive's cause of death was likely caused by vitamin D poisoning.

“The amount of suffering she went through was ungodly, he said. “The total shock that a four-year-old dog could just suddenly become deathly sick and there wasn’t any explanation. I was with her that last month she was alive and it was horrendous to watch.”

Zoey, an 11-year-old Chesapeake Bay Retriever, also died after eating the recalled food, her owner Ryan Harmon of Zeeland Township, Mich., told Fox News. While Zoey was battling a kidney infection shortly before she began eating the affected food, Harmon said "the food from Hill’s was actually attacking her kidneys instead of helping her recover."

Harmon, 43, claimed  Zoey was fed the affected food before going into kidney failure just three days later, which caused the dog owner to make the difficult decision of putting the normally “very active” retriever to sleep.

Harmon was not informed of the recall until shortly after his dog passed, he said.

“Zoey was a great dog,” he said. “She was a tireless worker, loved to train and loved to cuddle on the couch. She always sat next to me in the house and was very protective of her family.” 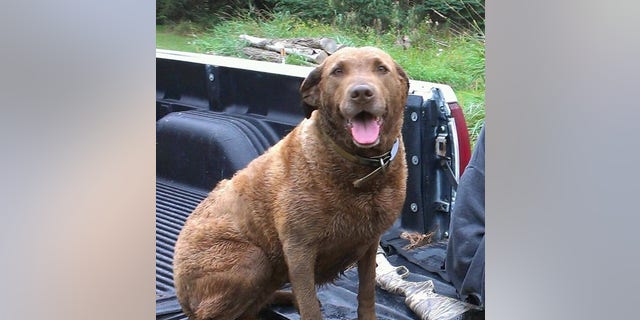 Mull, Morris and Harmon are just three of the many dog owners who have called out the company on Facebook after the recall notice was posted. In response, Hill’s Pet Nutrition appears to be reaching out to dog owners who claim their pet was adversely affected after consuming the recalled food.

“We are terribly saddened by the loss of Olive. We would really like to speak with you on this," the company replied on Facebook to Morris’ post.

But both Mull and Morris claimed they haven’t been able to get in further contact with the company, while Harmon said Hill's interactions appear to be “discombobulated." He explained he was contacted by two different representatives on two separate occasions. Each time, he claimed, he was asked the exact same questions regarding Zoey's death.

Mull said she hopes for an apology, while Morris said he would “just like an explanation as to how this happened.”

“The phone system just keeps transferring [until] you get a message saying they aren’t taking calls,” Morris claimed.

Hill’s Pet Nutrition did not immediately respond to Fox News’ request for additional comment on the recall and their response to pet owners who claim they have lost their dog.

On Twitter, other dog owners — including Caitlin Gibson, a features reporter at The Washington Post — are also calling out Hill’s, claiming their dogs, too, died after eating the affected food.

The company initially announced the recall in late January, warning pet owners who notice their dog exhibiting signs of vitamin D poisoning should contact their vet. After conducting an investigation, Hills said a “supplier error” caused the elevated levels in the affected canned foods. The supplier hasn't been identified at this time.

“In most cases, complete recovery is expected after discontinuation of feeding,” Hill's said, adding no dry dog foods, cat foods or treats have been affected.

The news came after multiple dry dog food brands were recalled in December due to potentially “toxic” levels of vitamin D.

Sex and eroticism: The animal types in the Kamasutra: Which one are you?
Health News