Home » Health News » Doctors Said I’d Never Walk Again, But Then I Competed On 'Dancing With The Stars' 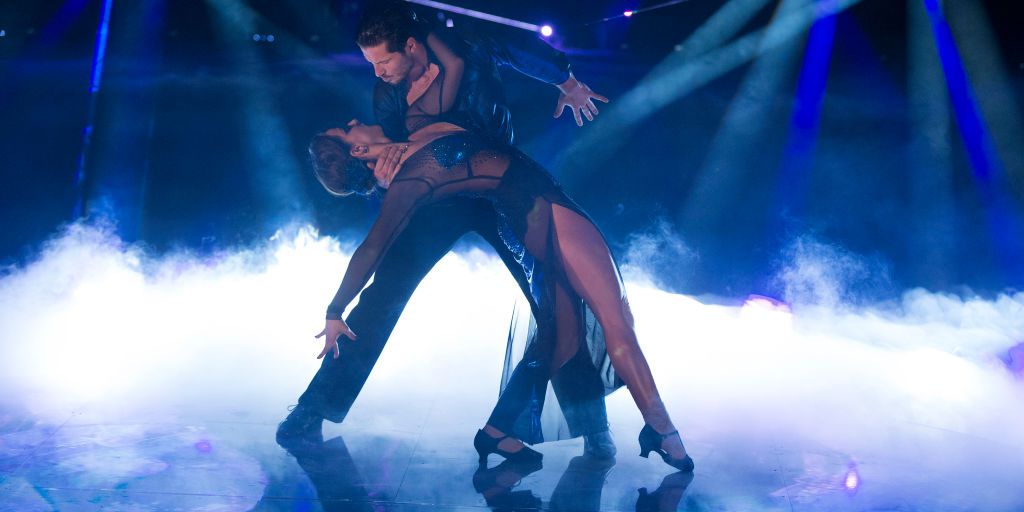 Doctors Said I’d Never Walk Again, But Then I Competed On 'Dancing With The Stars'

In 2006 when I was 11-years old, I got very sick. What my doctor had initially thought was a case of appendicitis, turned into one of the hardest battles I’d ever face: surviving.

After my doctors removed my appendix in April of 2006, my entire body slowly shut down. It was as if the “circuits” that control my bodily functions were “clicking off” one by one. My legs began giving out, my feet started to drag, I lost control of my arms. I couldn’t swallow properly or find the right words when I spoke.

Then in August 2006, everything went black and I began drifting in and out of various states of consciousness. On occasion, I would hear commotion in the darkness. I recall machines pinging urgently as panicked voices surrounded me. I remember hearing someone telling me over and over again, “You’re OK Victoria.” I’d be terribly confused, and then I’d plunge back into the darkness.

Then, two years later, I woke up inside a body that could not move.

I opened my eyes and took in the searing bright light. My body ached; it felt as though it had been struck by lightning. But before I could comprehend much else, I heard a loud screeching noise, and my body began to shake and thrash on the bed. I heard people running in, yelling with fear in their voices. They held me down so I couldn’t hurt myself as painful convulsions violently seized my body.

As my seizure subsided, I noticed balloons tied to my bed. Stuffed animals filled the room and cards and posters with sayings like We love you, Get well, and We miss you covered the wall. It was evident that I’d been here a while, but I didn’t recognize the room at all. I was confused and completely disoriented.

Quickly, I came to the frightening realization that I had lost all control of my body.

How long have I been out of it? I wondered.

I heard my Mom in the background and was hoping she would tell me what was going on. “Mom, Mom!” I shouted, but she didn’t turn around.

Why can’t she hear me? Can anyone hear me? I thought to myself.

Quickly, I came to the frightening realization that I had lost all control of my body. Although I could see, hear, and recall things like my name and my love for swimming and dancing, I couldn’t control my eyes and I couldn’t speak.

I overheard my doctors telling my parents that I’d live the rest of my life in a vegetative state. They told them that my condition wouldn’t likely improve and that they should prepare for the possibility of my death. Hearing this terrified me. I didn’t want to die; I hadn’t even had a real opportunity to live.

I didn’t want to die; I hadn’t even had a real opportunity to live.

Thankfully, my family never gave up on me; they never lost hope. Over the next four years, I lived in a makeshift hospital room in our New Hampshire home. My condition hadn’t improved much, but my family took care of me and gave me strength. My three brothers would sit with me and tell me what was going on in the outside world. They said I was beautiful, which was the last word I’d use to describe how I felt during these years.

In November 2009, after years of floating through various stages of consciousness, I locked eyes with my mom, something I hadn’t been able to do since before I got sick. This was the first of many steps on my road to recovery. Each day I made improvements, each progression a miracle. Sounds became words, and words became sentences. I went from barely being able to spoon pudding into my mouth to eating full meals. Slowly but surely, I began coming back to life.

However, despite my progress, I still hadn’t regained use of my legs. By this time my doctors had diagnosed me with two extremely rare autoimmune disorders that caused swelling in my brain and spinal cord: transverse myelitis and acute disseminated. I was told the swelling had caused permanent damage and I would forever be paralyzed from my belly button down.

But I couldn’t accept that I’d spend the rest of my life in a chair. Despite the odds, I had woken up and regained use of my upper body. And more importantly, I learned to live again. I knew it wouldn’t be easy, but I believed I could walk and I was ready to do whatever it would take to make it happen.

Putting in the work

My long journey back to walking began in the pool. I regained my strength and confidence through swimming, a sport I once loved.

In 2012, at 17, still paralyzed from the belly button down, I made the USA Paralympic swim team. I competed in the London Paralympic Games and won a gold medal in the 100-meter freestyle event, setting a new world record time. I also took home three silver medals in the 50-meter, 400-meter, and the 4×100-meter freestyle relay.

After returning home from the games, I was invited to speaking engagements and appearances, and I began telling my story of recovery on TV. From there, at the age of 20, ESPN hired me as a sportscaster, making me the youngest host ever hired.

During this time I never stopped dreaming of walking again. So in 2013, I started going to Project Walk, a paralysis recovery center in San Diego. My mother and I temporarily relocated to the area so that I could train every day. Being away from the rest of my family was hard, but it was well worth it.

I knew it wouldn’t be easy, but I believed I could walk again.

On November 11, 2015, after hundreds of hours of training and years in a wheelchair, I was able to take a step. Slowly, I built up my strength, and despite not being able to feel my legs, five months later, I was able to walk with the aid of forearm crutches and leg braces.

Then, in 2017, after being back on my feet for a year and a half I competed on Dancing With The Stars. I still couldn’t feel my legs (and that’s still the case today), but despite this challenge, I made it to the semifinals—something I could only dream of from my hospital bed a few years prior.

I can’t even put into words how grateful I am that I never gave up hope; that I never stopped yearning to truly live again. I know not everyone gets a second chance and I can’t wait to see what’s in store for me next.