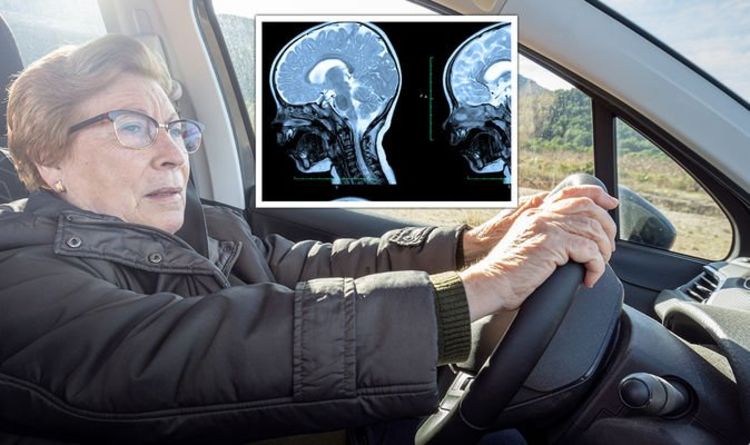 One key way to keep your brain engaged is to perform stimulating activities. Dementia Australia elaborated: “Keeping the brain active is thought to build reserves of healthy brain cells and connections between them.” Numerous studies support the notion that mental stimulation is associated with better cognitive function. Research also suggest that an active mind reduces the risk of cognitive decline and dementia.

Dementia Australia noted: “Activity that exercises the brain may build brain reserve that helps to compensate for the damage caused by Alzheimer’s or other diseases.

“Because the brain is able to compensate and keep functioning well, the onset of dementia may be delayed.”

Mental stimulation should involve “new learning”, which is “reasonably complex, varied, and interesting” that is performed frequently.

Examples include reading, listening to the radio, visiting museums, and taking on a course.

Other ways to keep the brain engaged include learning a new language, playing musical instruments, and participating in sports.

It may also be helpful to get into gardening, play board games, fill out crosswords and other puzzles.

“Many of these activities involve social interaction and physical activity as well,” Dementia Australia pointed out.

Another factor to keep in mind is the amount of stress you experience on a daily basis.

For instance, a person’s cognitive reserve is said to influence a person’s likelihood of developing dementia.

The charity elaborated: “Cognitive reserve is a person’s ability to cope with disease in their brain. It is built up by keeping the brain active over a person’s lifetime.

“The more cognitive reserve a person has, the longer it takes for any diseases in their brain to cause problems with everyday tasks.”

Factors that may lead to a smaller cognitive reserve include:

Other lifestyle choices, such as smoking and excessive alcohol use, may increase the risk of the brain condition.

However, there are certain risk factors that simply cannot be changed.

This includes older age and familial genes for developing dementia.