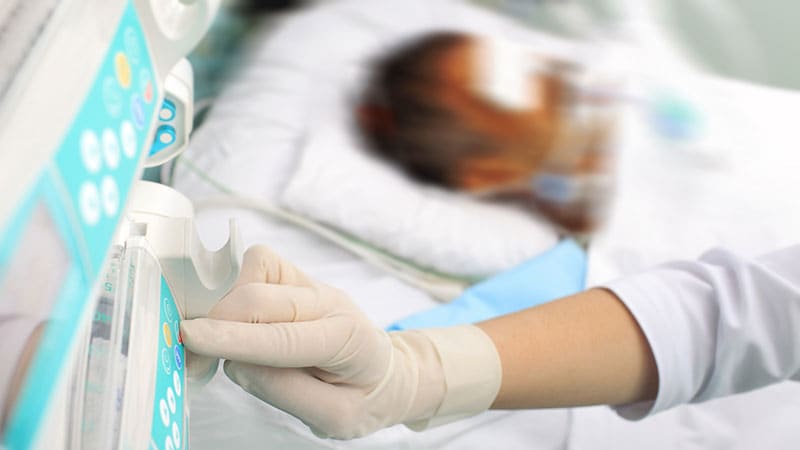 Racial/ethnic disparities in COVID-19 mortality rates may be related more to comorbidities than to demographics, suggest authors of a new study.

Researchers compared the length of stay in intensive care units (ICUs) in two suburban hospitals for patients with severe SARS-CoV-2 infections. Their study shows that although the incidence of comorbidities and rates of use of mechanical ventilation and death were higher among Black patients than among patients of other races, length of stay in the ICU was generally similar for patients of all races. The study was conducted by Tripti Kumar, DO, from Lankenau Medical Center, Wynnewood, Pennsylvania, and colleagues.

“Racial disparities are observed in the United States concerning COVID-19, and studies have discovered that minority populations are at ongoing risk for health inequity,” Kumar said in a narrated e-poster presented during the American College of Chest Physicians (CHEST) 2021 Annual Meeting.

“Primary prevention initiatives should take precedence in mitigating the effect that comorbidities have on these vulnerable populations to help reduce necessity for mechanical ventilation, hospital length of stay, and overall mortality,” she said.

At the time the study was condcuted, the COVID-19 death rate in the United States had topped 500,000 (as of this writing, it stands at 726,000). Of those who died, 22.4% were Black, 18.1% were Hispanic, and 3.6% were of Asian descent. The numbers of COVID-19 diagnoses and deaths were significantly higher in US counties where the proportions of Black residents were higher, the authors note.

To see whether differences in COVID-19 outcomes were reflected in ICU length of stay, the researchers conducted a retrospective chart review of data on 162 patients admitted to ICUs at Paoli Hospital and Lankenau Medical Center, both in the suburban Philadelphia town of Wynnewood.

All patients were diagnosed with COVID-19 from March through June 2020.

The average length of ICU stay, which was the primary endpoint, was similar among Black patients (15.4 days), White patients (15.5 days), and Asians (16 days). The shortest average hospital stay was among Hispanic patients, at 11.3 days.

The investigators determined that among all races, the prevalence of type 2 diabetes, obesity, hypertension, and smoking was highest among Black patients.

Overall, nearly 85% of patients required mechanical ventilation. Among the patients who required it, 86% were Black, 84% were White, 66% were Hispanic, and 75% were Asian.

Overall mortality was 62%. It was higher among Black patients, at 60%, than among White patients, at 33%. The investigators did not report mortality rates for Hispanic or Asian patients.

Demondes Haynes, MD, FCCP, professor of medicine in the Division of Pulmonary and Critical Care and associate dean for admissions at the University of Mississippi Medical Center and School of Medicine, Jackson, Mississippi, who was not involved in the study, told Medscape Medical News that there are some gaps in the study that make it difficult to draw strong conclusions about the findings.

“For sure, comorbidities contribute a great deal to mortality, but is there something else going on? I think this poster is incomplete in that it cannot answer that question,” he said in an interview.

He noted that the use of retrospective rather than prospective data makes it hard to account for potential confounders.

“I agree that these findings show the potential contribution of comorbidities, but to me, this is a little incomplete to make that a definitive statement,” he said.

“I can’t argue with their recommendation for primary prevention ― we definitely want to do primary prevention to decrease comorbidities. Would it decrease overall mortality? It might, it sure might, for just COVID-19 I’d say no, we need more information.”

No funding source for the study was reported. Kumar and colleagues and Haynes reported no relevant financial relationships.

Neil Osterweil, an award-winning medical journalist, is a long-standing and frequent contributor to Medscape.

Diabetic signs in your eyes: Six eye symptoms that could indicate diabetes