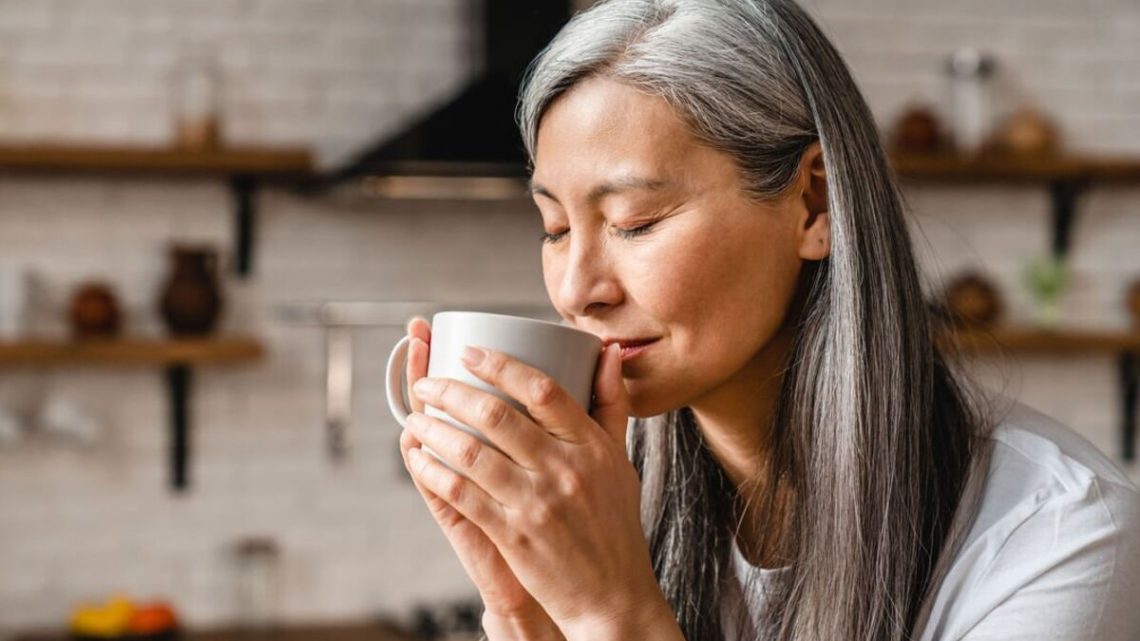 Cholesterol-lowering tea may reduce the effects of plaque in Alzheimer

John Lydon discusses his wife's battle with dementia on GMB

Several studies have found a link between the consumption of green tea and a lower prevalence of dementia in humans, suggesting that a 54 percent reduction in the risk of cognitive decline may be possible in some cases. Experts believe there are three distinct ways in which green tea protects the brain. Together, these mechanisms may have a role in preventing and slowing the progression of the disease.

“It also supports and increases attention and your ability to focus, improves mood and enhances memory.”

The expert added: “Large studies in humans have demonstrated that green tea and its extract are capable of guarding against age-related brain dysfunction and the risk of dementia.

“In the Alzheimer’s brain, for example, excess levels of amyloid plaques can occur, but green tea can help to prevent this.”

Many of the purported benefits of green tea relate to catechins, a group of multifunctional compounds that offer neuroprotective effects.

Among the most powerful catechins in green tea is epigallocatechin-3-gallate (EGCG), which has been shown to lessen cognitive impairment in mice studies and reduce cholesterol in humans.

“Rich in polyphenols, such as EGCG in green tea of flavan-3-ol in black tea, your humble cuppa also contains around 30-50 mg of caffeine […] and L-theanine – which boosts feelings of calm and focus.

“Polyphenols work in the brain by allowing more blood, nutrients and oxygen to reach all areas, lowering inflammation – which is more common in old age – and fighting oxidation from free radicals which harm brain cells.”

How do catechins protect against cancer?

Scientists believe there are three ways in which catechins protect the brain.

Firstly, antioxidants like EGCG may prevent the formation of amyloid plaques typically seen in Alzheimer’s.

Secondly, they may break down existing amyloid plaques by disrupting the early and late stages of the aggregation processes.

A third beneficial mechanism is the production of new neurons in the hippocampus which are responsible for converting short-term memories to long-term ones.

By reducing the opportunity for toxic plaque formation in the brain, the progression of the disease may also be reduced.

This plaque, consisting of amyloid protein, thwarts communication between brain cells, preventing the recollection of memory.

It’s important to note that most evidence supporting the link between green tea and reduced dementia risk stems mainly from observational studies.

Other benefits may be reaped from making a habit out of drinking tea, however.

Aside from drinking antioxidant-rich tea, Whittington recommends promoting an overall sense of well-being; a physical, mental and emotional and spiritual balance for preventing dementia.

She noted: “It’s vital we promote a healthy brain in the sense of keeping it stimulated, not smoking and managing a low alcohol intake.

“It’s also important to get the younger generation into holistic processes such as yoga, meditation, mindfulness and communicating more openly.”