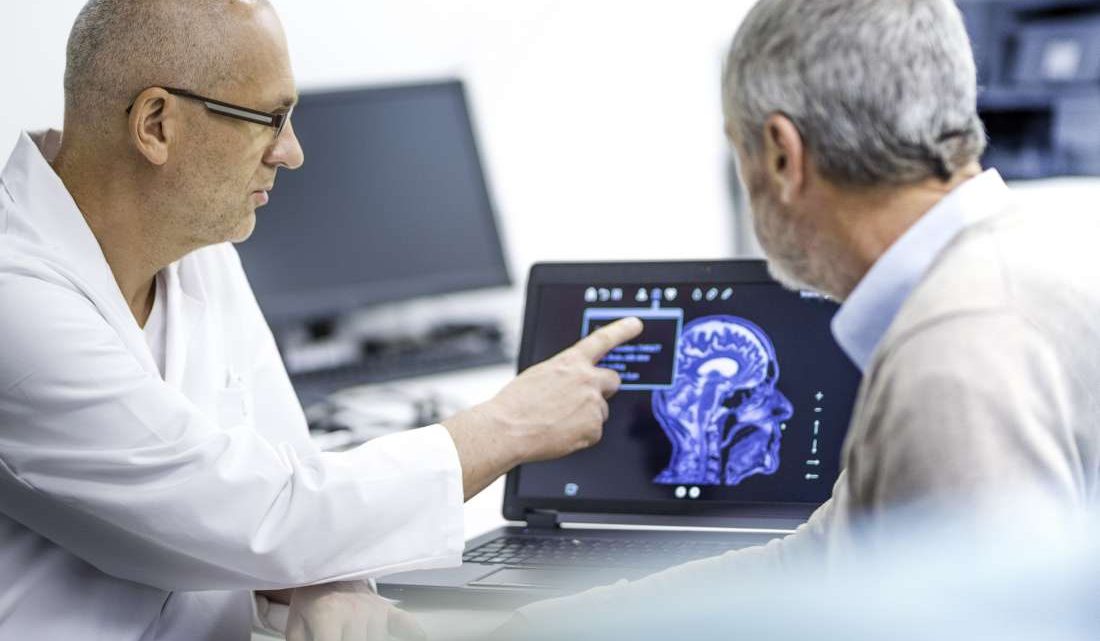 Researchers already know that the size of the brain can determine its health and function.

However, they know much less about what affects brain size itself.

According to Mark Hamer, a professor at Loughborough University in the United Kingdom:

“Existing research has linked brain shrinkage to memory decline and a higher risk of dementia, but research on whether extra body fat is protective or detrimental to brain size has been inconclusive.”

Prof. Hamer is one of the authors of a new study focusing on the impact of body fat on brain size.

Published in the journal Neurology, the study used a particularly large sample size in comparison with others on the same topic.

In total, 9,652 people involved in the UK Biobank — which is a database that tracks the health of around 500,000 people — agreed to take part. Participants were aged 55, on average.

In order to determine body fat figures, the scientists worked out the body mass index (BMI), waist-to-hip ratio, and overall body fat of each participant.

Doctors can calculate BMI by dividing a person’s weight by the square of their height. Dividing waist circumference by hip circumference provides waist-to-hip ratio. The higher the ratio, the larger a person’s stomach compared with their hips.

Specialists consider people with a BMI of 30 and over to have obesity. Central obesity — or obesity around the stomach area — is a little different. In this case, a man with a waist-to-hip ratio above 0.90 and a woman with one above 0.85 is considered to have central obesity.

The team calculated brain size using MRI scans and examined the volumes of both white and gray brain matter. Both of these are important in different ways.

In gray matter, the majority of the brain’s 100 billion nerve cells are contained. It also houses parts that deal with muscle control and sensory perception. White matter, on the other hand, is full of bundles of nerve fibers that connect parts of the brain.

Before coming to any conclusions, the scientists took into account a number of things that affect brain volume — including age, high blood pressure, levels of physical activity, and whether a person smokes.

Their results indicated several links between body fat and brain size. People who had both a higher BMI and waist-to-hip ratio had the lowest brain volume overall. Those who just had a high BMI had slightly lower brain volumes than those who did not.

Also, 1,291 people with both a high BMI and a high waist-to-hip ratio had the lowest gray matter brain volume. On average, this equated to 786 cubic centimeters.

The researchers saw no notable differences in white matter brain volume, but they did find a link between being overweight and a decrease in size in regions of the brain associated with motivation and reward.

Prof. Hamer and his colleagues explain that “obesity, specifically around the middle, may be linked with brain shrinkage.”

However, they could not determine whether obesity results in changes in brain volume, or whether “abnormalities in brain structure lead to obesity.”

The study authors did say that only 5 percent of people invited to take part consented to doing so, and that those who agreed were, on average, healthier than those who did not.

Therefore, it is difficult to say whether these results would be applicable to the general population.

“This will need further research but it may be possible that someday regularly measuring BMI and waist-to-hip ratio may help determine brain health,” Prof. Hamer concludes.