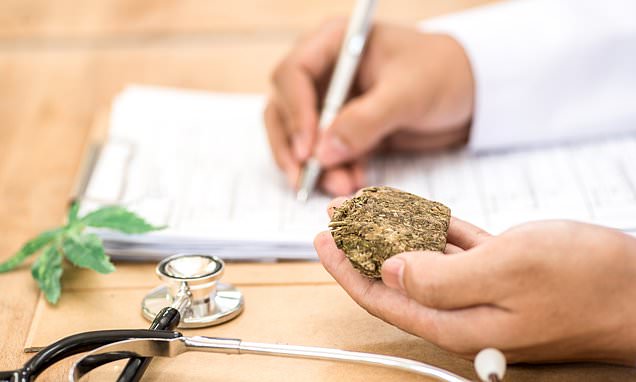 People with type 1 diabetes may be more likely to develop potentially fatal complications when they use cannabis, a recent study suggests.

Researchers surveyed 450 patients with type 1 diabetes in Colorado, where cannabis is legal for medical and recreational use. Overall, 30 percent of the participants used cannabis.

Compared to nonusers, cannabis users had about twice the risk of experiencing a serious complication known as diabetic ketoacidosis, which develops when blood sugar is elevated for too long and the body produces high levels of acids known as ketones.

Left untreated, ketoacidosis can lead to severe dehydration, swelling in the brain, coma and death. 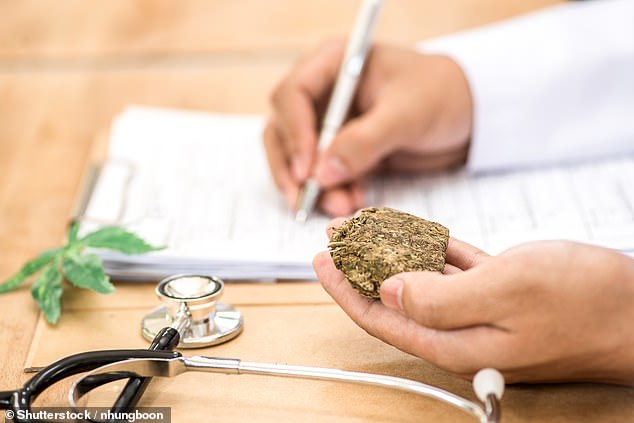 Compared to nonusers, cannabis users had about twice the risk of experiencing a serious complication known as diabetic ketoacidosis, a study of 450 patients in Colorado found

Some previous research suggests that for people with type 2 diabetes – the more common form linked to obesity – cannabis may make it easier to use the hormone insulin to convert foods into energy and maintain lower blood sugar levels, researchers note in JAMA Internal Medicine.

But less is known about the impact of cannabis on people with type 1 diabetes, the less common form that typically develops in childhood and is caused by a breakdown in the body’s immune system.

The study wasn’t a controlled experiment designed to prove whether or how cannabis might directly cause ketoacidosis.

But it’s possible that vomiting caused by long-term cannabis use might lead to dehydration that can increase ketones and lead to ketoacidosis in people with type 1 diabetes, said senior study author Dr. Viral Shah of the Barbara Davis Center for Diabetes at the University of Colorado Anschutz Medical Campus in Aurora.

‘Elevated ketones may be life threatening if not treated on time, and patients can (have) nausea, vomiting, abdominal pain, shortness of breath and rarely confusion or altered consciousness,’ Shah said.

‘Diabetic ketoacidosis is an emergency and patient with diabetes should go to emergency room if they have symptoms.’

The condition is typically treated with intravenous fluids to hydrate the body and replenish electrolytes and insulin to control blood sugar.

The study participants typically had poorly controlled diabetes, based on blood tests of hemoglobin A1c (HbA1c), which reflect average blood sugar levels over about three months.

People with type 1 diabetes are generally advised to keep their HbA1c levels below 6.5 percent.

Participants who used cannabis in the study had average A1c readings of 8.4 percent, representing dangerously elevated blood sugar that can increase the risk of heart attacks, strokes, kidney failure, blindness, amputations and death.

Non-cannabis users had average A1c readings of 7.6 percent, still higher than ideal but not as dangerous as the levels for people who used marijuana.

More research is needed to understand the different impact of cannabis on people with different types of diabetes, said Dr. Annemarie Hennessy, dean of the School of Medicine at Western Sydney University in Australia.

‘In type 1, individuals don’t make insulin and in type 2, it mostly doesn’t work well,’ Hennessy, who wasn’t involved in the study, said.

Patients should still err on the side of caution and avoid cannabis, Hennessy advised.

‘Why cannabis would increase the likelihood of diabetic ketoacidosis is unknown,’ Hennessy said.

‘But we have also shown that in the presence of cannabis, the diabetic ketoacidosis is harder to diagnose, and therefore it may be missed, with deadly consequences.’